✔ Step into the ancient world of the Middle East on a journey that combines the cultural and historical highlights of Jordan and Israel, including the “lost city” of Petra, the Roman ruins of Jerash and the ancient city of Megiddo.

✔ Discover the spiritual home to Jews, Christians and Muslims alike, and the sacred sites central to these three major religions in Bethlehem, Nazareth and Capernaum.

✔ Admire the region’s natural wonders such as the dramatic desert scenery of Wadi Rum, the Golan Heights, the Dead Sea and the Judean Desert.

After arrival at Queen Alia International Airport near Amman, transfer to your hotel. Time to relax before dinner. (D)

Drive down the Desert Highway to Wadi Rum, where British officer T. E. Lawrence lived with his Bedouin allies during WWI, and where much of Lawrence of Arabia was filmed. Also known as the Valley of the Moon, the landscape of Wadi Rum, with its immensity, colour and awe-inspiring shapes, creates an almost supernatural atmosphere.
Wadi Rum is home to a number of Bedouin families and you will join a jeep tour to see this special place and gain an insight into the Bedouin way of life. Continue to Petra. (B,D) 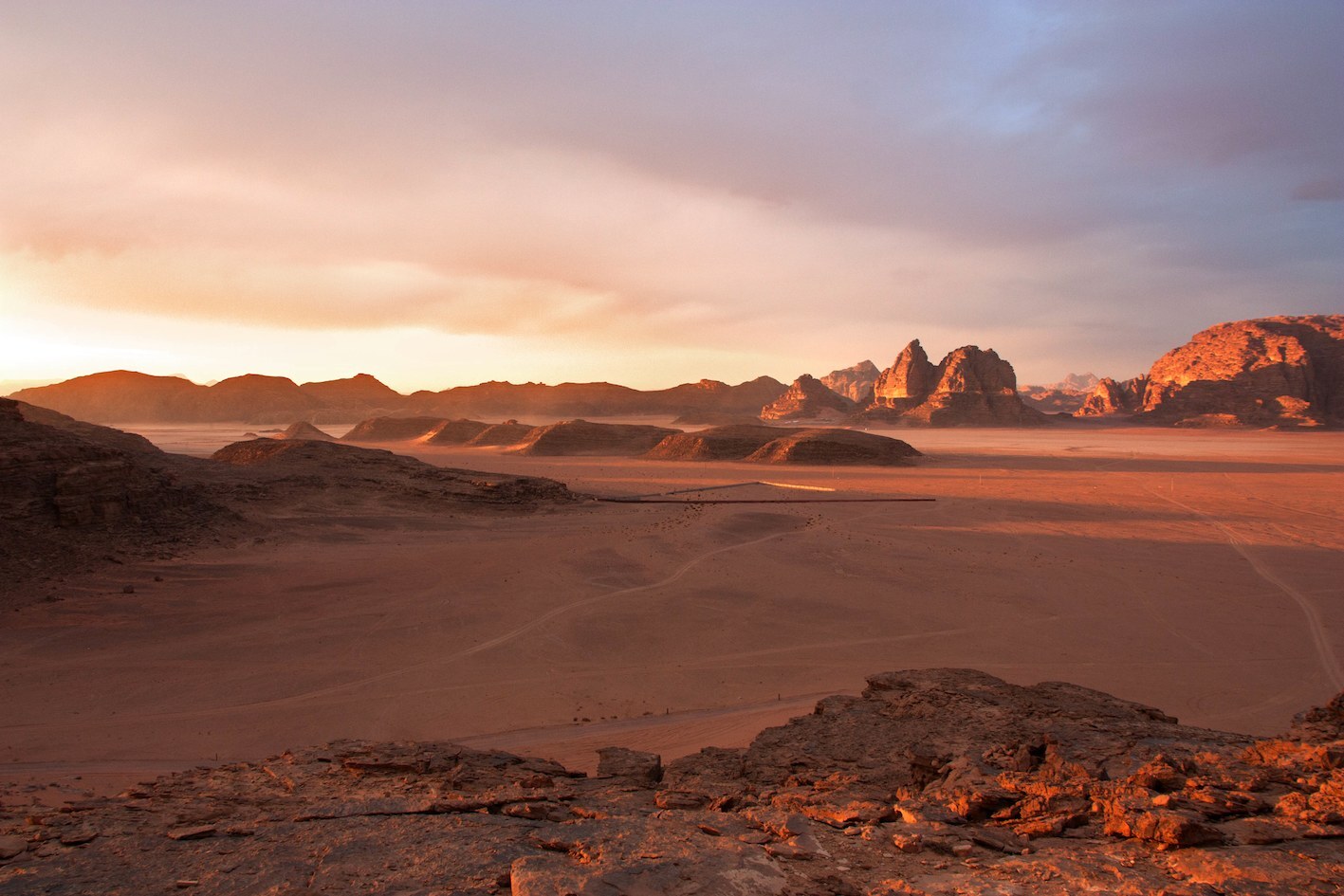 Proceed through the dramatic “Siq” (canyon) to the UNESCO World Heritage Site of Petra, located amid rugged desert canyons and mountains. Carved directly into vibrant red, white, pink and sandstone cliff faces, the prehistoric city of Petra was “lost” to the Western world for hundreds of years but was once a thriving trading centre and the capital of the Nabataean empire between 400 B.C. and 106 A.D. See the Treasury, carved in pink stone, and continue past the Roman theatre, the Corinthian Tomb and the Palace Tomb. Those who take the 50-minute hike to the monastery will be rewarded with views of the most dramatic monument in Petra and out into the rift valley. (B,D) 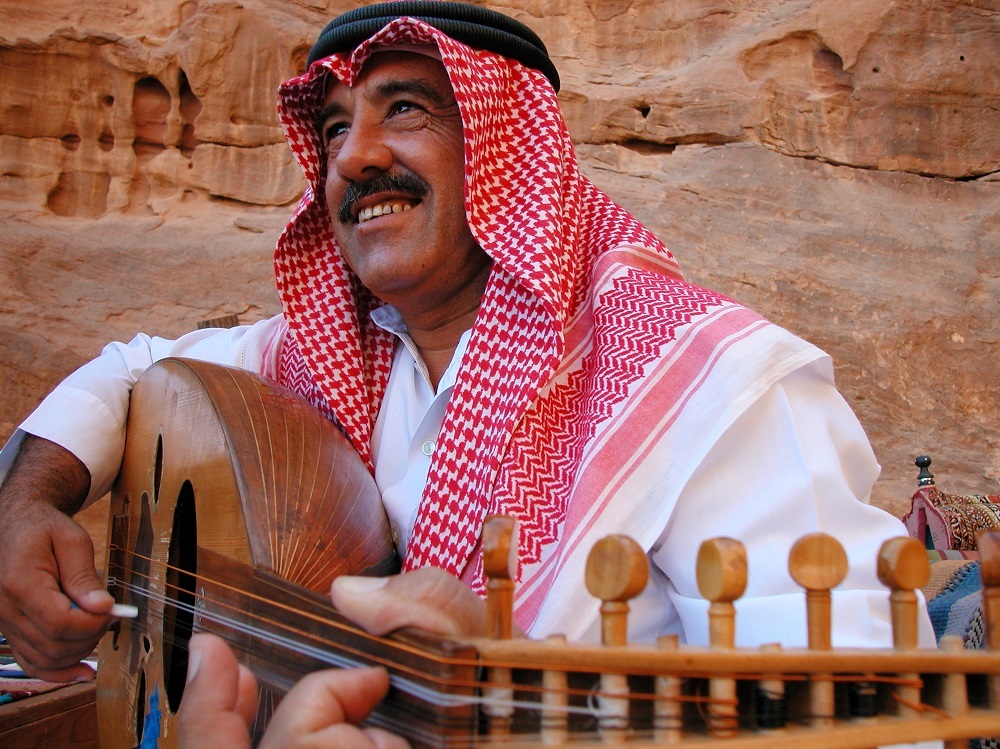 Drive north to visit the ancient Roman town of Jerash, a 3rd-century city with the most well-preserved Roman ruins outside Italy and often called “the Pompeii of the Middle East”.
Cross the Sheikh Hussein border into Israel. Remainder of the day to relax by the hotel pool or go for a swim in the Sea of Galilee, a geographical marvel surrounded by pretty rural settlements. (B,D) 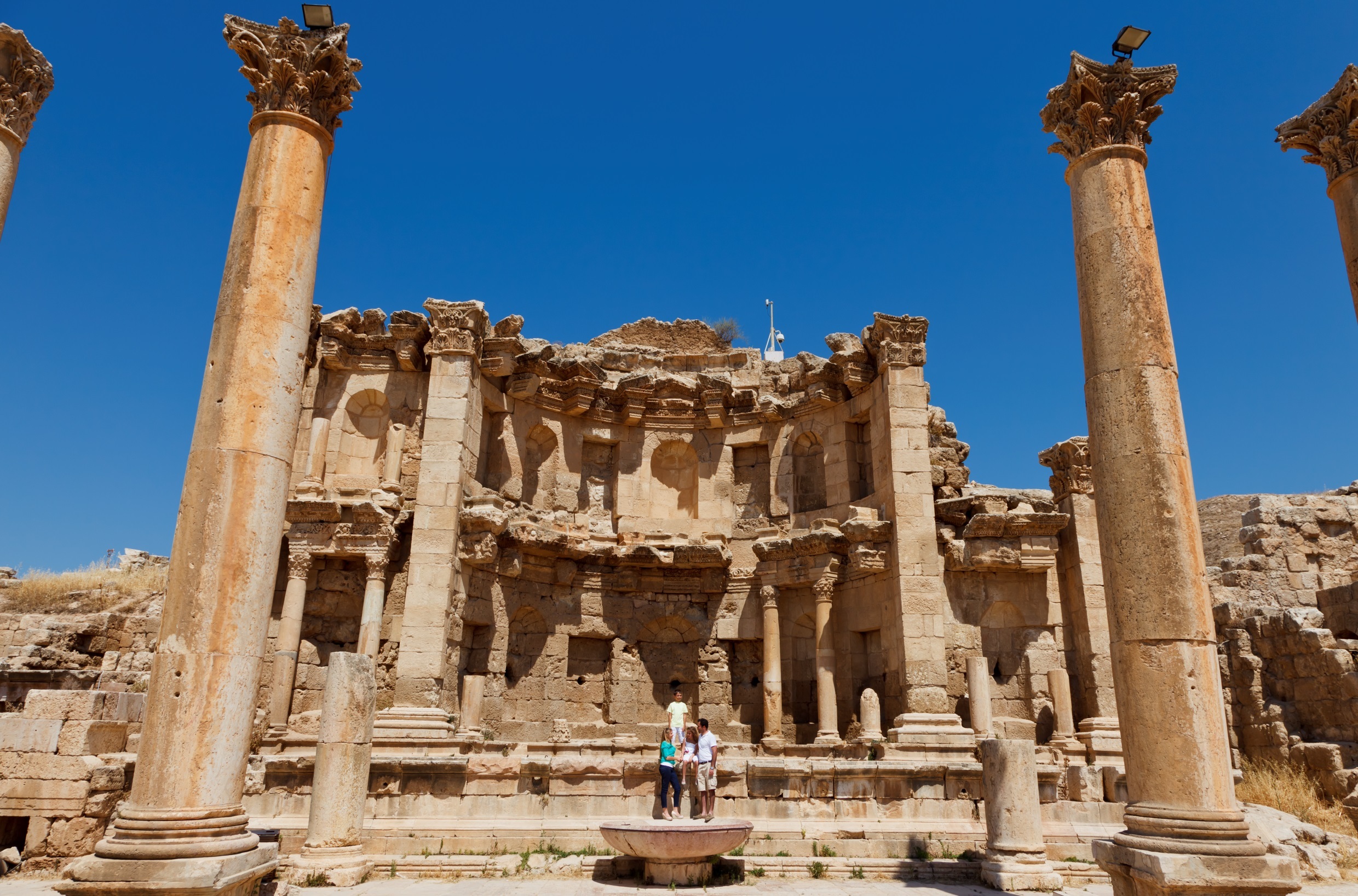 Ruins of Jerash © Jordan Tourism Board

This morning, head to Nazareth, the boyhood village of Jesus, now a bustling city. Visit the open-air museum of Nazareth Village for an insight into how a life would have been 2,000 years ago. Continue to the remains of Sepphoris.
Spend the afternoon at the Roman natural pools of Sakhne, shaded by lush palm trees and surrounded by green lawns and rated as one of the top ten natural pools in the world. (B,D)

Take a boat ride across the Sea of Galilee. View the chapels that commemorate the Sermon on the Mount and the Feeding of the 5,000 at Mount Beatitudes and Tabgha. In Capernaum, join a guided tour of the excavations of this once prosperous town where Jesus lived and preached. Drive north along the Hula Nature Reserve, a major resting and “refuelling” stop for birds on their annual migration between Europe and Africa and back.
Continue to Nimrod Fortress, a medieval castle built by the Arabs and occupied by the Crusaders because of its strategic position, on the slopes of Mount Hermon. Hike down to Banias, the source of the Jordan River, and see the archaeological remains of this sacred place that span Pagan, Jewish, Christian Byzantine, Muslim and Crusader eras. Return to the Sea of Galilee via the Golan Heights. (B,D) 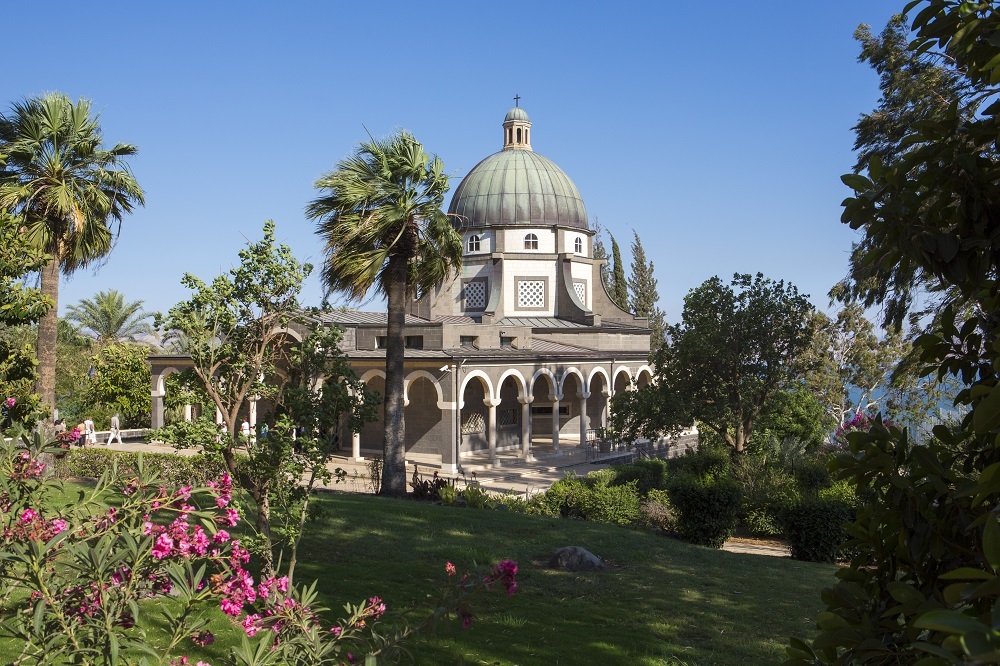 Church of the Beatitudes © Itamar Grinberg, Israeli Ministry of Tourism

Drive to Acre, the Mediterranean port city the Crusaders used as their base. Explore the stunning halls and buildings of the Knights Hospitaller and Templar. Held by the Ottoman Turks in the 18th century, the city successfully repelled an attack by Napoleon, who laid siege on the town for two months without breaching its defences. Walk through the market bazaar and head for Mount Carmel to enjoy the dramatic views.
Visit the fascinating archaeological ancient city of Megiddo, a UNESCO World Heritage site overlooking the Jezreel Valley and for centuries a major hub for the Via Maris trade route. Continue to Caesarea to see the remains of the Roman and Byzantine city that once dominated the region. It was from Caesarea that Paul set sail for Rome, an event that eventually brought Christianity to the Western World. Late afternoon arrival in Jerusalem. (B,D) 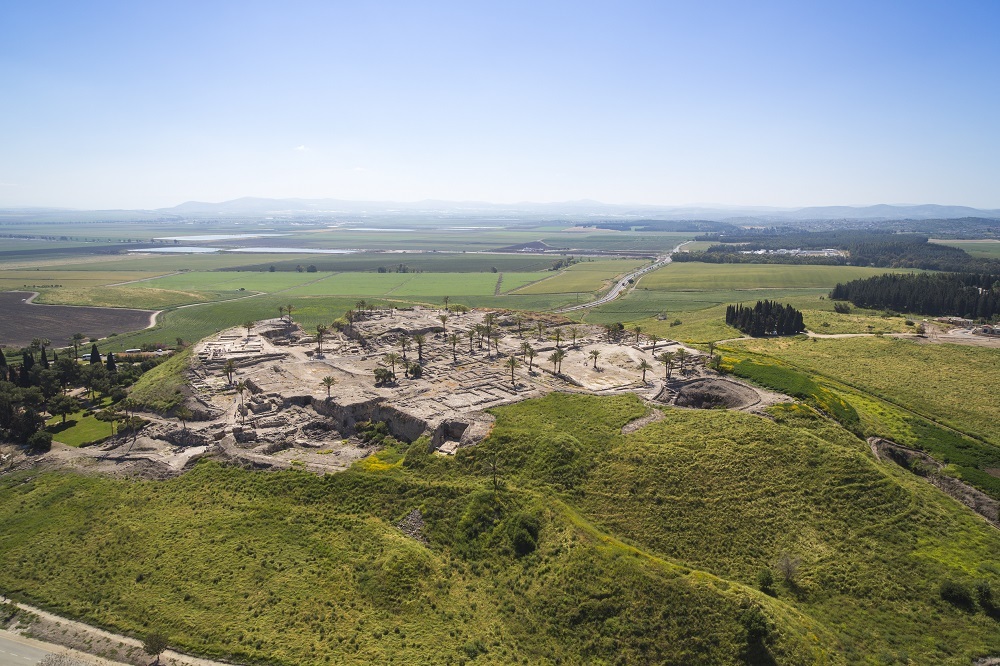 Your guide will walk you through the Four Quarters of Jerusalem, starting along the Way of the Stations of the Cross through the markets of the Christian and Muslim Quarters to the Church of the Holy Sepulchre. From the roof of the Austrian Hospice, enjoy the magnificent view over the Dome of the Rock Mosque, the Western Wall and the Church of the Holy Sepulchre, where the Via Dolorosa ends. Here you can see the devotion and prayer, by many different denominations, at the site of the Crucifixion and the Tomb of Christ.
After a lunch break in the Armenian Quarter, walk down through the Jewish Quarter via the Cardo to the Western Wall. You may observe worshippers praying towards the Holy of Holies, and many rituals such as that of placing written prayers into the seams. End the day at Mount Zion to see the tomb of David and the Upper Room. (B,D) 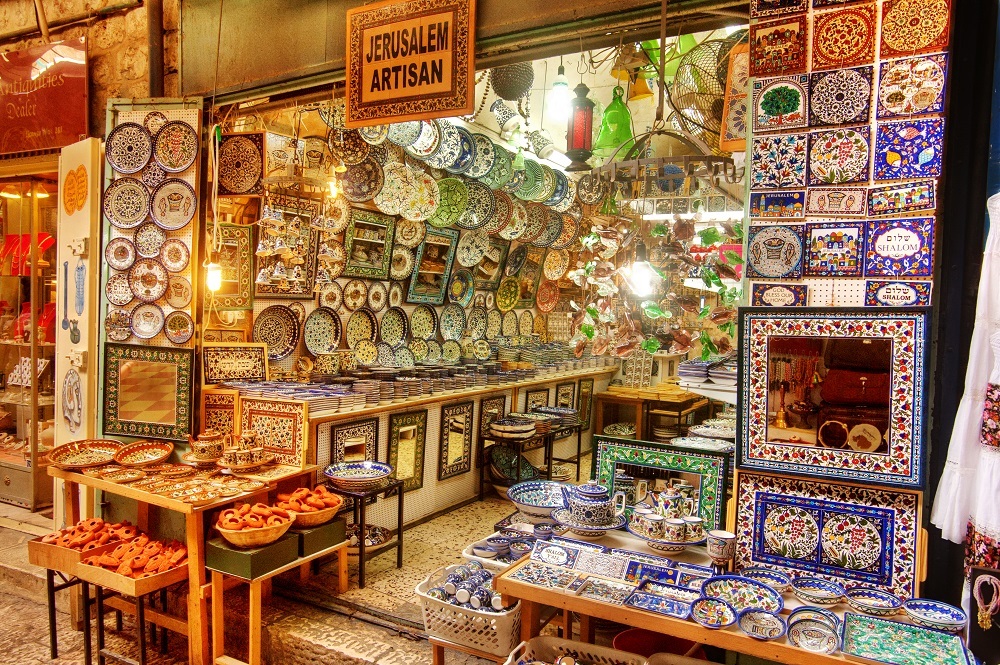 Visit Yad Vashem, the Jewish people’s memorial to the 6 million lives lost to the Holocaust. Established in 1953, the site includes the Holocaust Museum, the tomblike Hall of Remembrance, the Hall of Names and the moving Avenue of the Righteous Among the Nations, where over 2,000 trees were planted in honour of non-Jews who endangered their lives in order to save Jewish lives from the Nazis. Drive past the Knesset, Israel’s Parliament, en route to the Israel Museum. See the fascinating Model of Jerusalem as it was during the time of the Second Temple and the Shrine of the Book, home of the Dead Sea Scrolls. Continue to Bethlehem to visit the Church of Nativity, birthplace of Jesus, and the Shepherds’ Fields which, according to Catholic tradition, marks the place where the angels first announced his birth. (B,D) 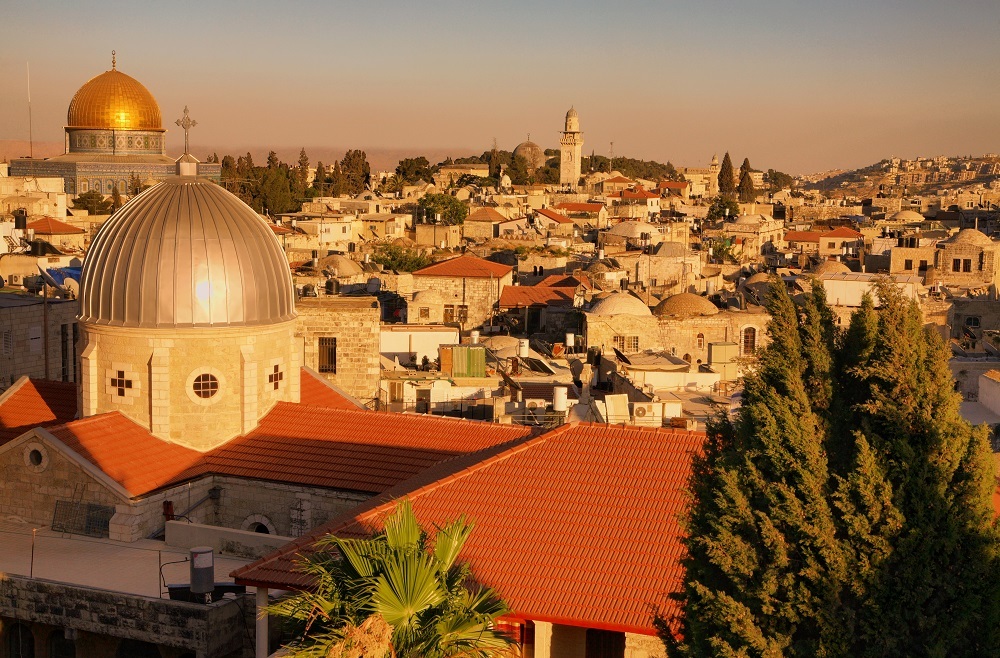 Drive along the Dead Sea to visit the stronghold of Masada, on the eastern edge of the Judaean Desert. This mountaintop fortress built by King Herod was the scene of the last stand by the zealots fighting the Romans, a dramatic event that has become loaded with symbolism to Israelis. Continue to Ein Gedi Nature Reserve for a hike up the Wadi. Visit Kibbutz Ein Gedi, and enjoy a swim in the Dead Sea before returning to Jerusalem. (B,D) 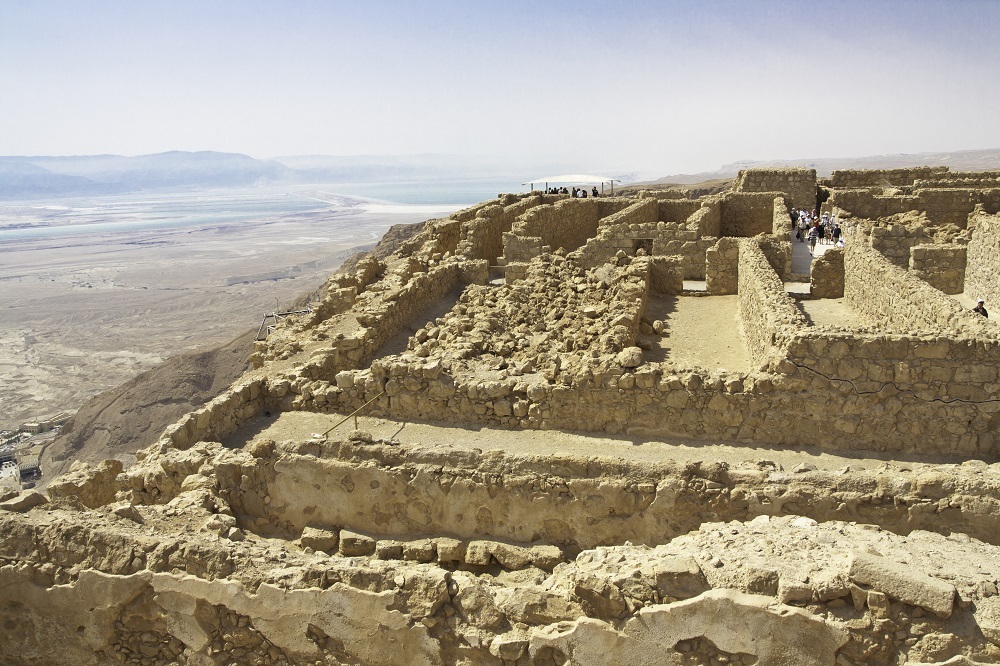 Drive to the vibrant city of Tel Aviv, which combines sandy Mediterranean beaches with a buzzing cultural scene, UNESCO listed architecture, incredible food and a world-class nightlife. Day at leisure to explore the city on your own or relax at the beach.
At dusk, enjoy dinner at a fish restaurant overlooking the Mediterranean in the ancient port of Jaffa. (B,D) 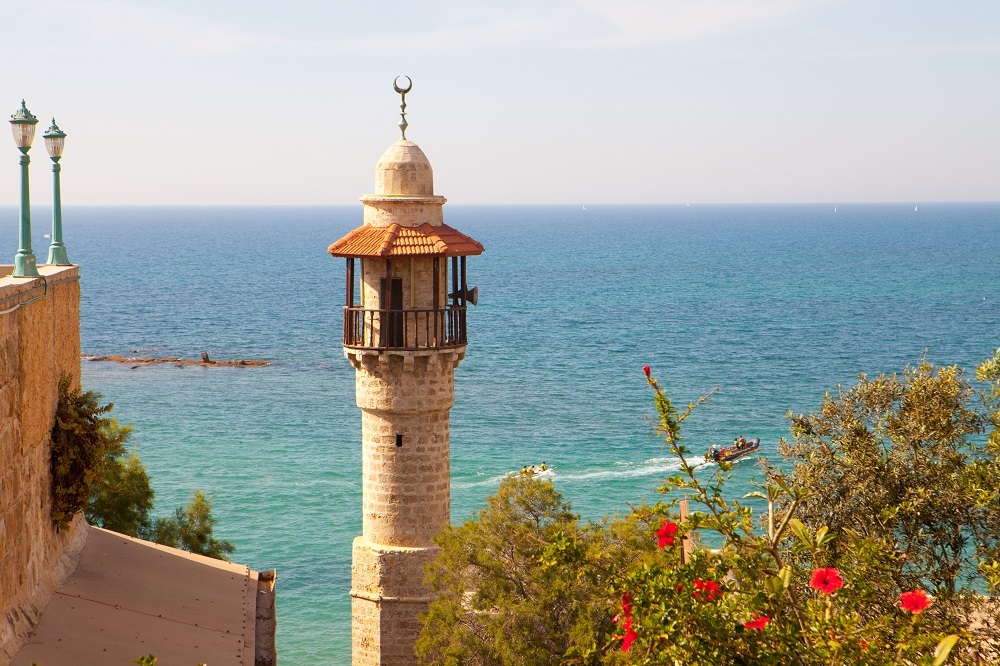 Transfer to Ben Gurion International Airport near Tel Aviv for your flight to Munich, Germany. Transfer to Oberammergau. (B,D) 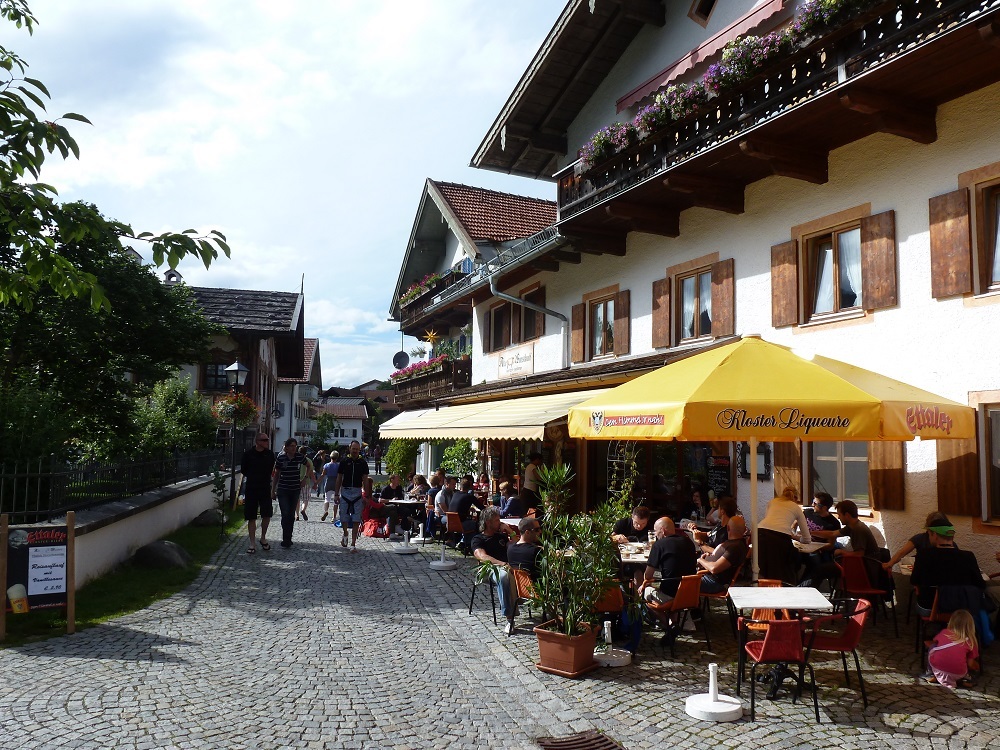 Morning at leisure in Oberammergau.
After lunch, take seats in the theatre for the performance of the 42nd Passion Play. The history of the Passion Play goes back to the year 1634, when the quaint alpine village of Oberammergau was threatened by the deadly and contagious Black Plague that scourged Europe, killing two-thirds of the population of Germany. The people of Oberammergau vowed that if the village could be spared, a re-enactment of the life and suffering of Christ would be performed. The village was miraculously saved from the ravages of the Black Death. Since that date, the play has been performed every ten years. Performers are local villagers; often, roles are handed down from generation to generation within families. Dinner is included during a three-hour break. (B,D) 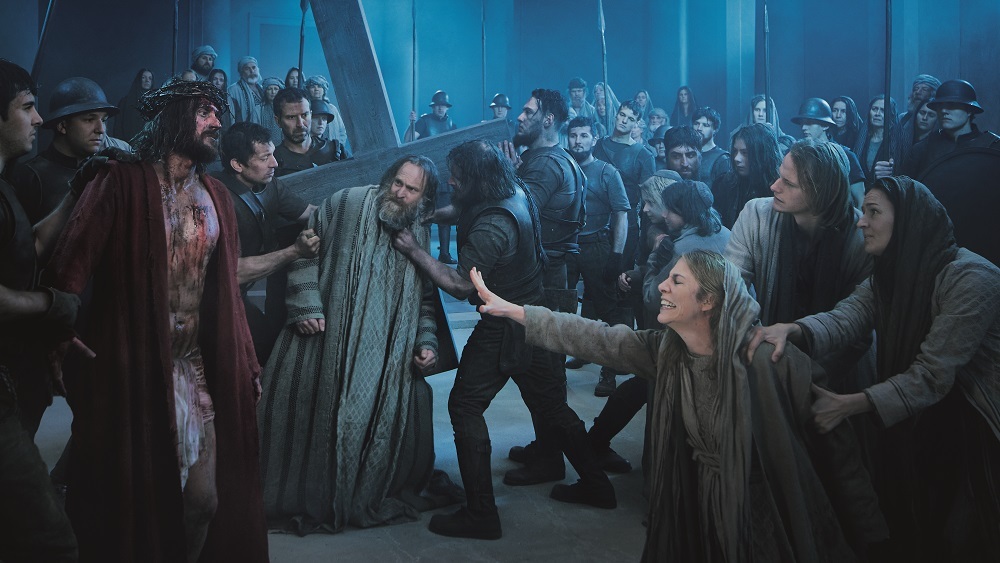 Transfer to Munich Airport for your flight(s) back to Canada. (B)