We board our overnight flight to Munich.

Upon arrival in Munich, we transfer to our hotel and check-in. We’ll gather for a Welcome Drink and Introduction to our Classical Austria Concert Series by our host Kai Gleusteen, and enjoy dinner. (D)

This morning we have a City Tour to see the highlights and then visit the Alte Pinakothek, housing the Old Masters. Time to enjoy lunch in the city before departing for Austria in the afternoon. Checking into our hotel there, we’ll have dinner and our first concert. (B, D) 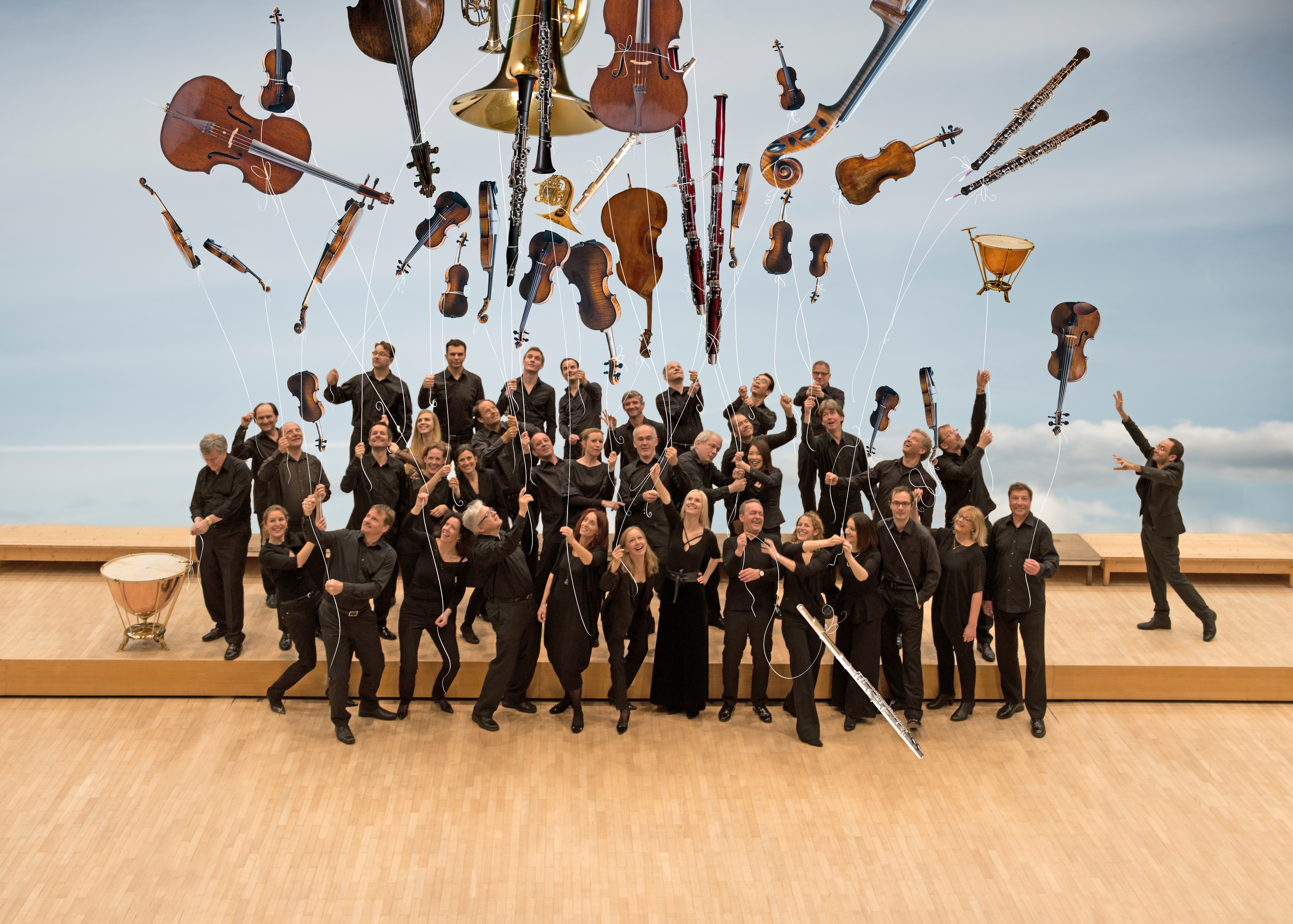 Our exploration of this lovely city begins with a Walking Tour of the historic core, including a visit to the birthplace of the city’s most famous son, Wolfgang Amadeus Mozart. Our afternoon excursion takes us up the mountain to the Eagle’s Nest for spectacular views. Our evening concert showcases our host artists. (B, D) 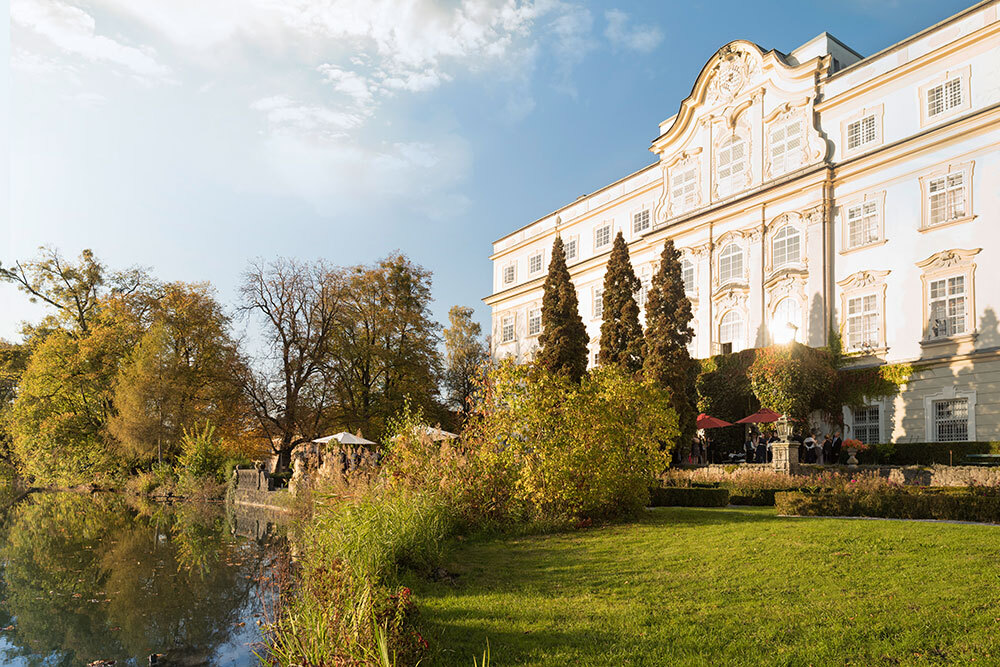 This morning we will tour the Festival Hall of Salzburg. After time for lunch, we will take the funicular to Hohensalzburg Fortress, the biggest fully preserved castle in Central Europe, perched above the Baroque rooftops of the historic district. Dinner at a local restaurant followed by a concert. (B, D) 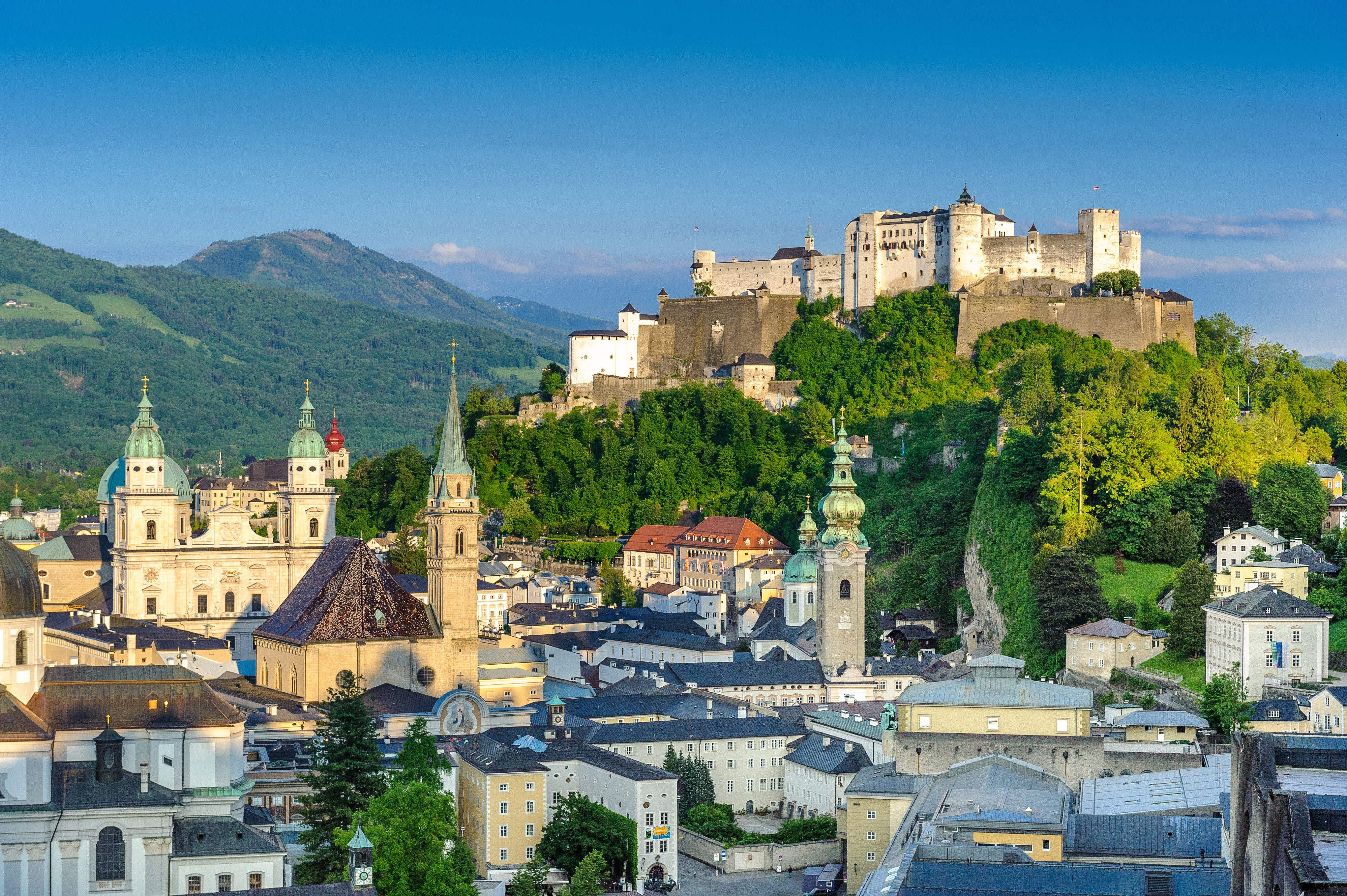 Fortress Hohensalzburg and the Old Town of Salzburg © Salzburg Tourism

We step into the romance of the Sound of Music as we stop at Mondsee to see St. Michael’s Church where the wedding was filmed. Also in the famously beautiful Salzkammergut is the Weisses Roessl am Wolfgangsee, setting for the popular songspiel/operetta by Ralph Benatzky and Robert Stolz. By end of the day, we find ourselves in Bad Ischl, celebrated spa town and summer retreat for the Austrian Royalty. (B,D)

CONCERT:
A delightful concert on the Sound of Music theme, presented by a children’s choir and soprano Charlotte Pistor as Maria. 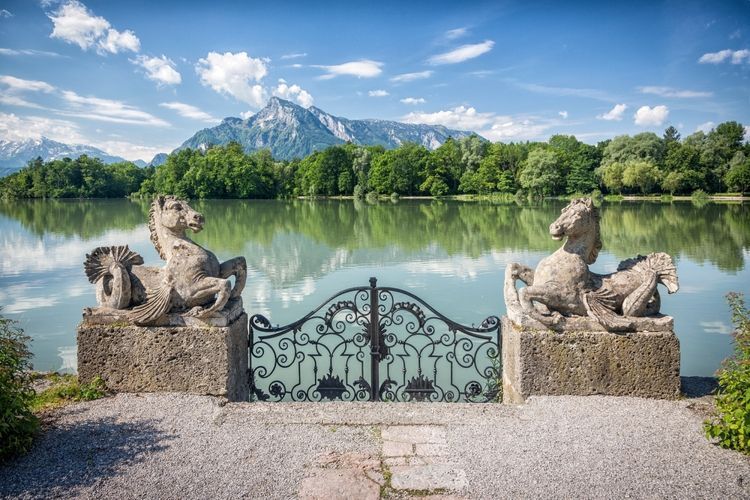 Morning City Tour including the Kaiservilla, built for Emperor Franz Joseph and Empress Elizabeth, where descendants of the Habsburg-Lorraine dynasty still reside. Here in July 1914, Emperor Franz Josef signed the declaration of war which became WWI. We’ll learn too about his Empress Sisi, whose loveliness and dramatic story have given her the aspect of a popular tragic heroine. Then we will indulge in a special coffee and cake stop at Zauner, the legendary patisserie/ confectioners traditionally appointed Imperial Purveyor to the Austro-Hungarian Court. This afternoon, return to Salzburg for an opera matinee, before returning to Bad Ischl. (B,D) 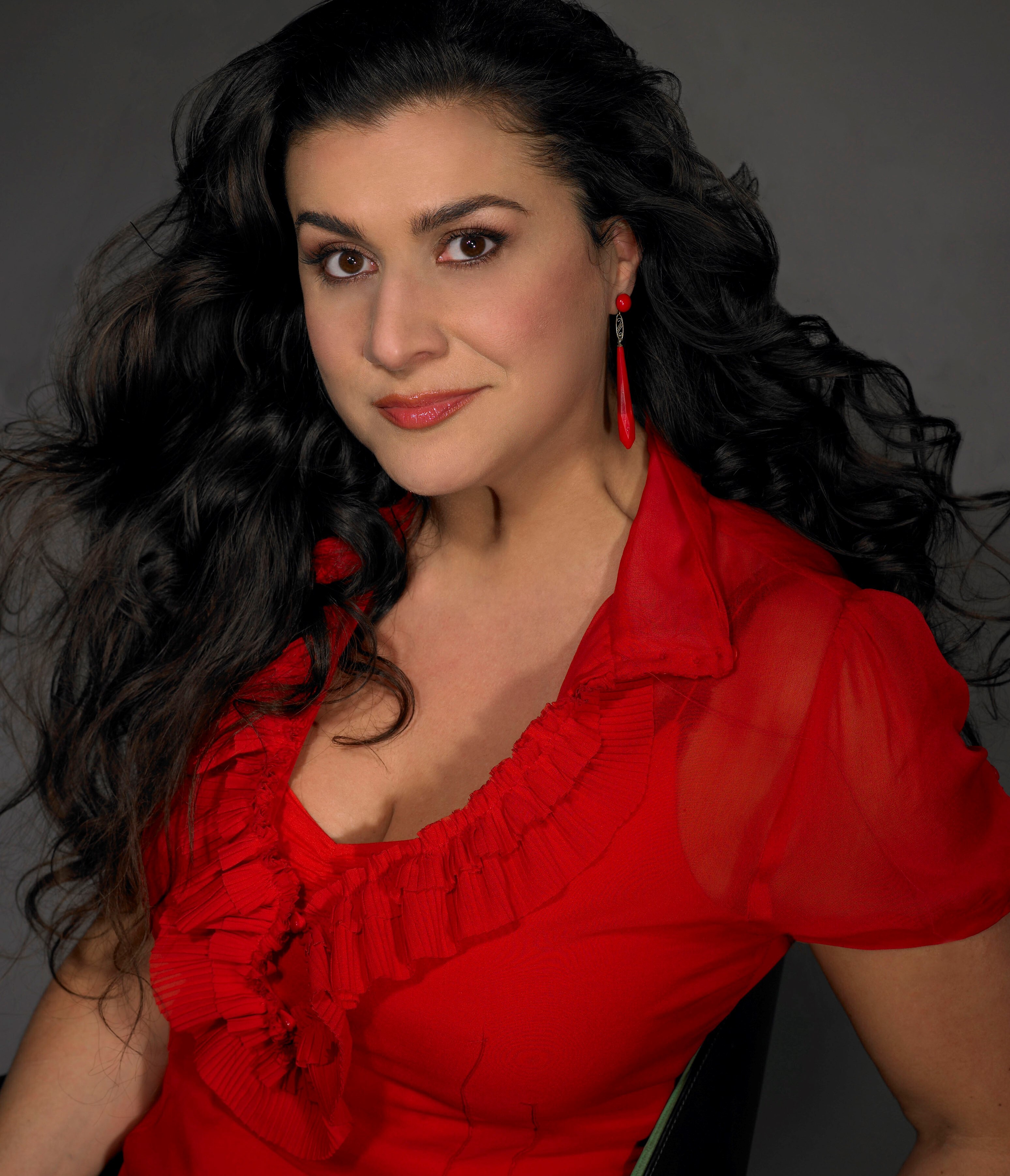 Today’s side trip takes us to Hallstatt, spectacularly situated on a beautiful mountain lake. We’ll have a chance to admire the breathtaking scenery as we enjoy a boat cruise and a brief walking tour of the town, including its famous Beinhaus ossuary. (B, D) 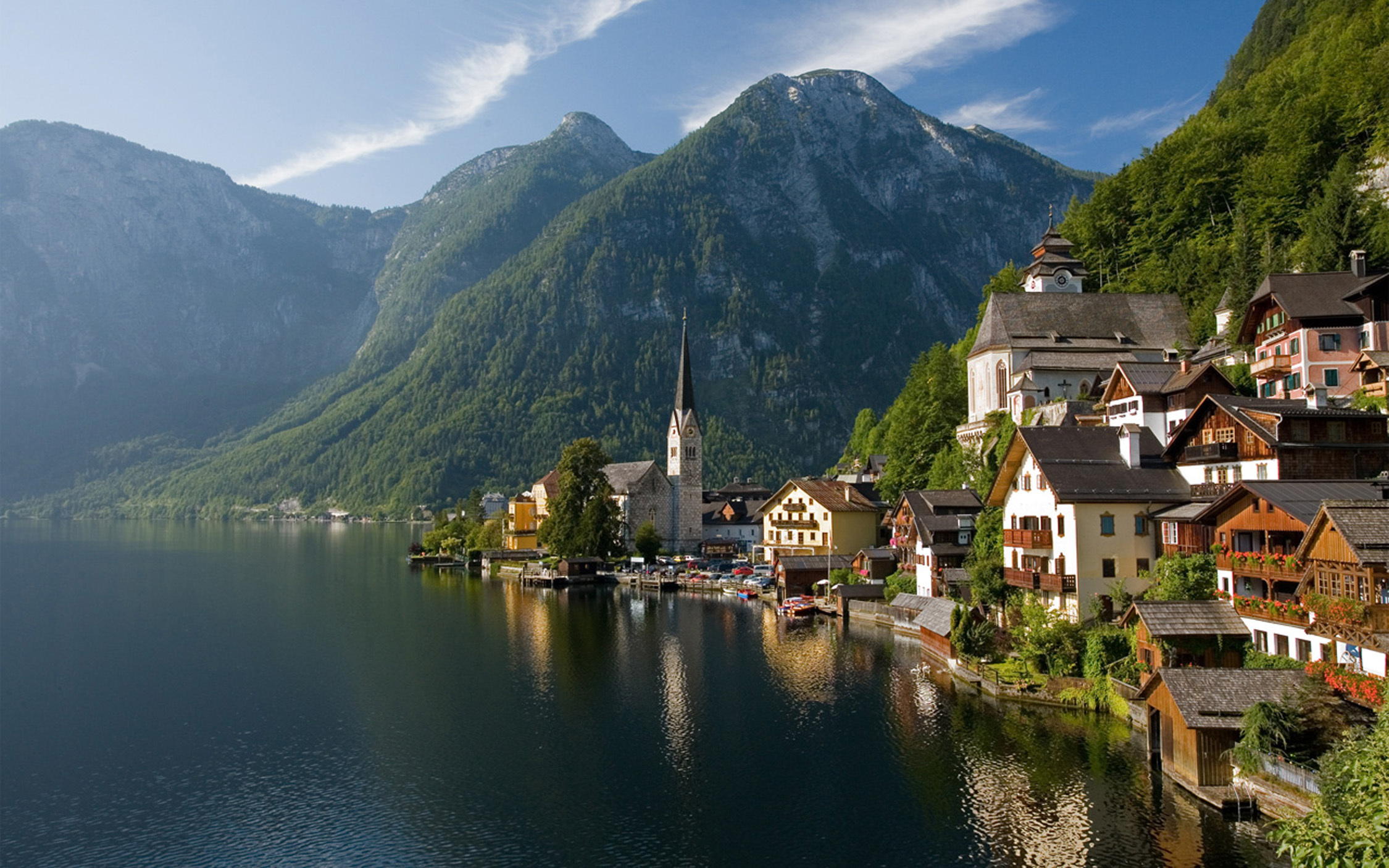 We visit Imperial Artstetten Castle and Museum, commemorating Archduke Franz Ferdinand and his wife Duchess Sophie, the first real casualties of WWI, as their assassination in Sarajevo set spark to the conflict. Then we depart for Vienna and a special visit to the renowned Boesendorfer piano factory. We’ll check in and enjoy dinner before our first Vienna concert. (B, D) 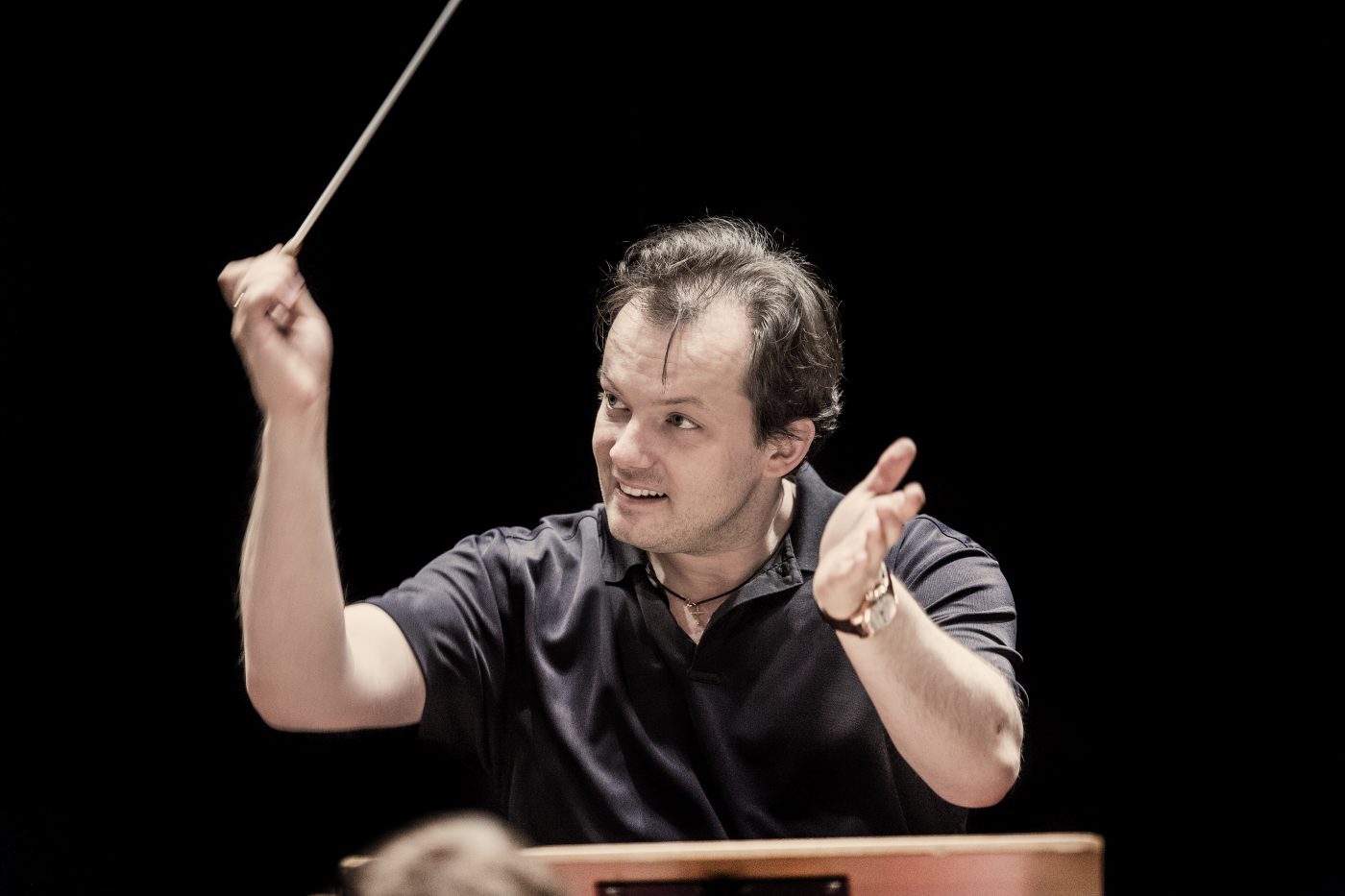 We begin with an introductory City Tour to see the highlights of the Ringstrasse and UNO Centre, as well as the Haus der Musik. We’ll then have lunch at one of Vienna’s characteristic cafés. In the afternoon we’ll spend 1.5 hours on an intriguing Guided Walking Tour back through the Inner City, past St. Stephens and other landmarks. After a break to freshen up, we’ll depart for our concert at the Mozartmuseum. (B,L) 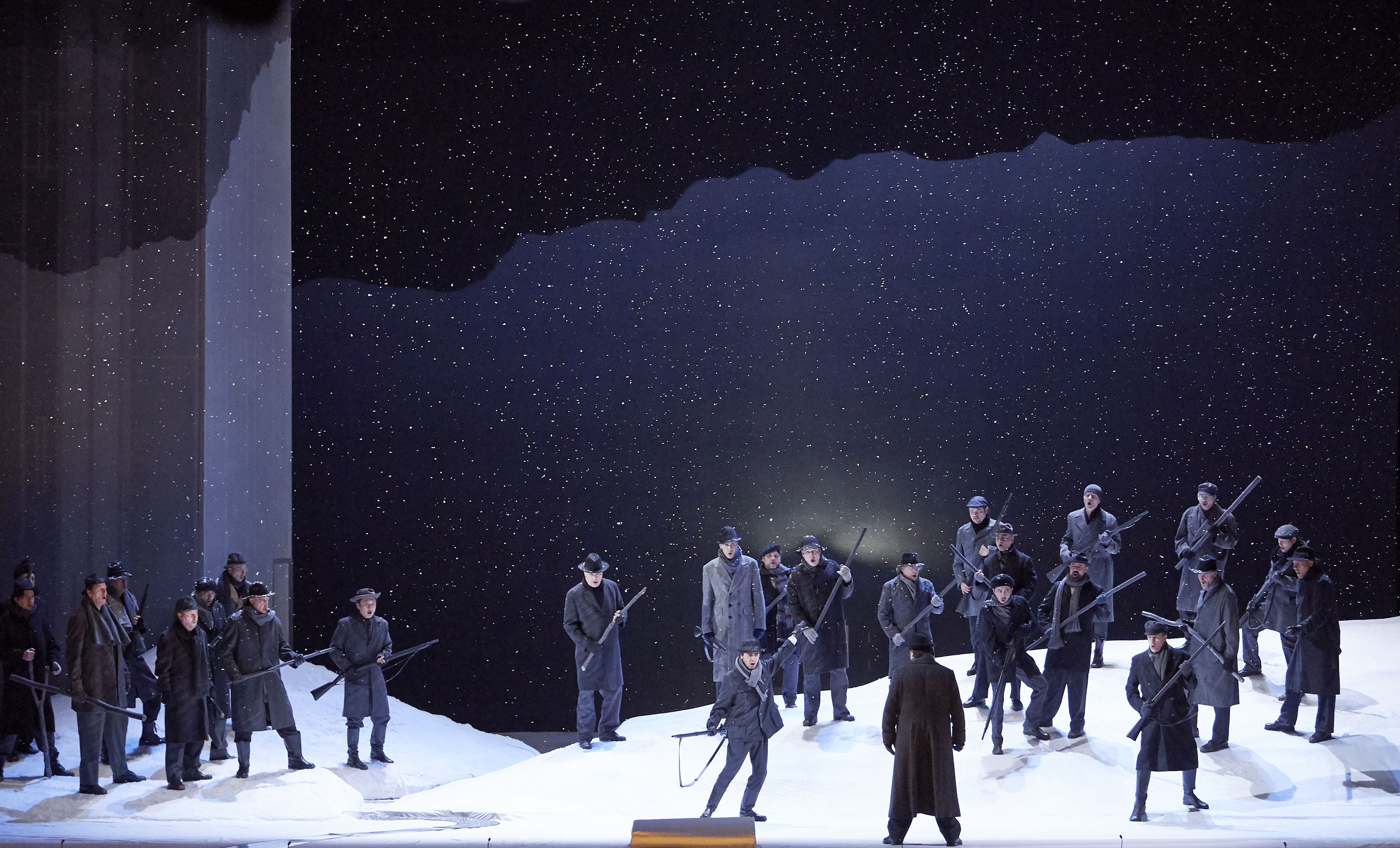 We take a guided tour of the Musikverein (where the New Year’s concert takes place each year). Drive to Eisenstadt and have lunch, then visit Esterhazy Palace and the Bergkirche which contains the Haydn Mausoleum. Return to Vienna. (B,L,D) 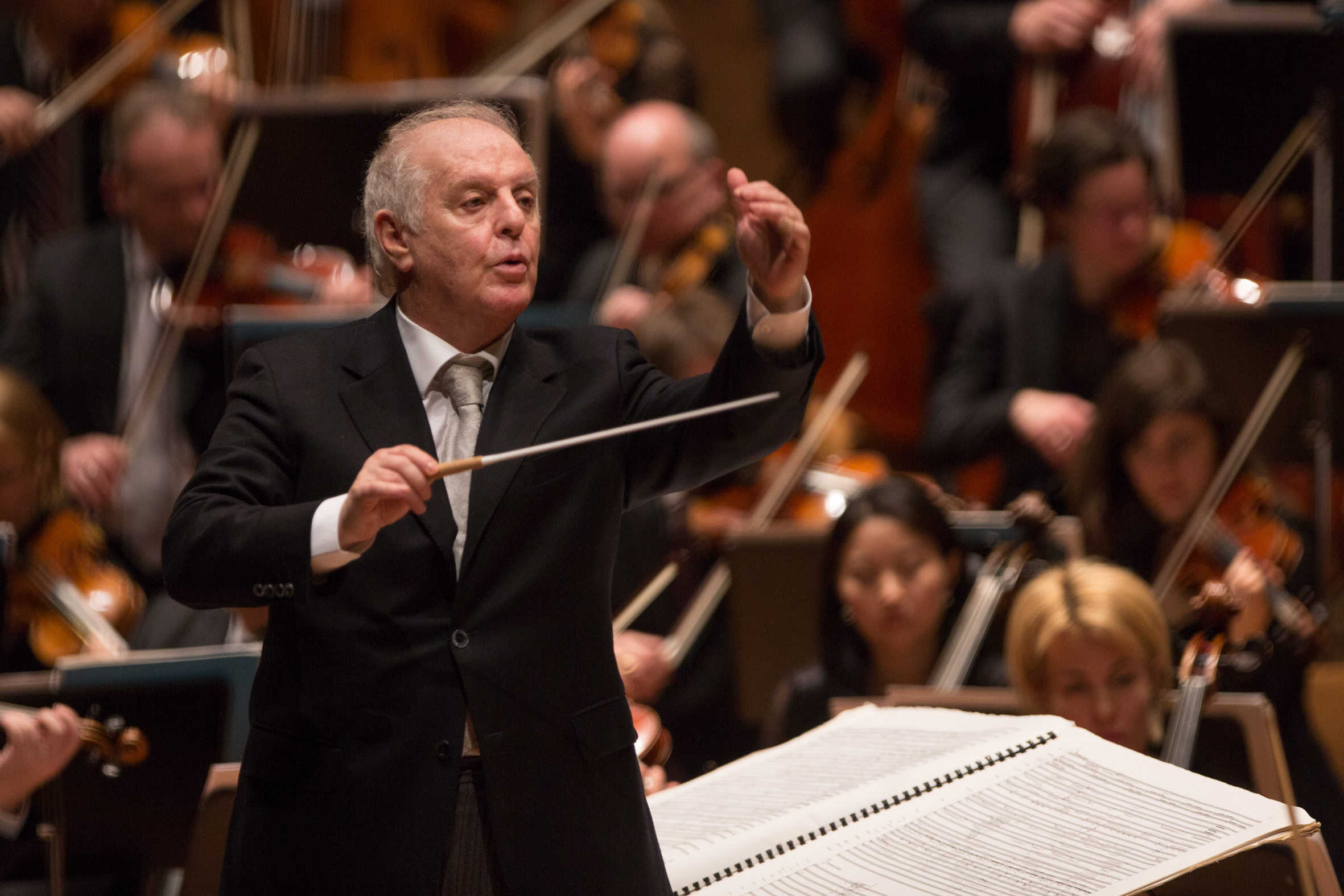 Visit the Vienna Zentral Friedhof, the second largest cemetery in the world, and resting place of many famous musicians. Rest of the morning at leisure before returning to the Musikverein for a matinee concert. Following the concert, enjoy dinner at the celebrated Hotel Sacher, including a piece of their famous Sachertorte. (B,D) 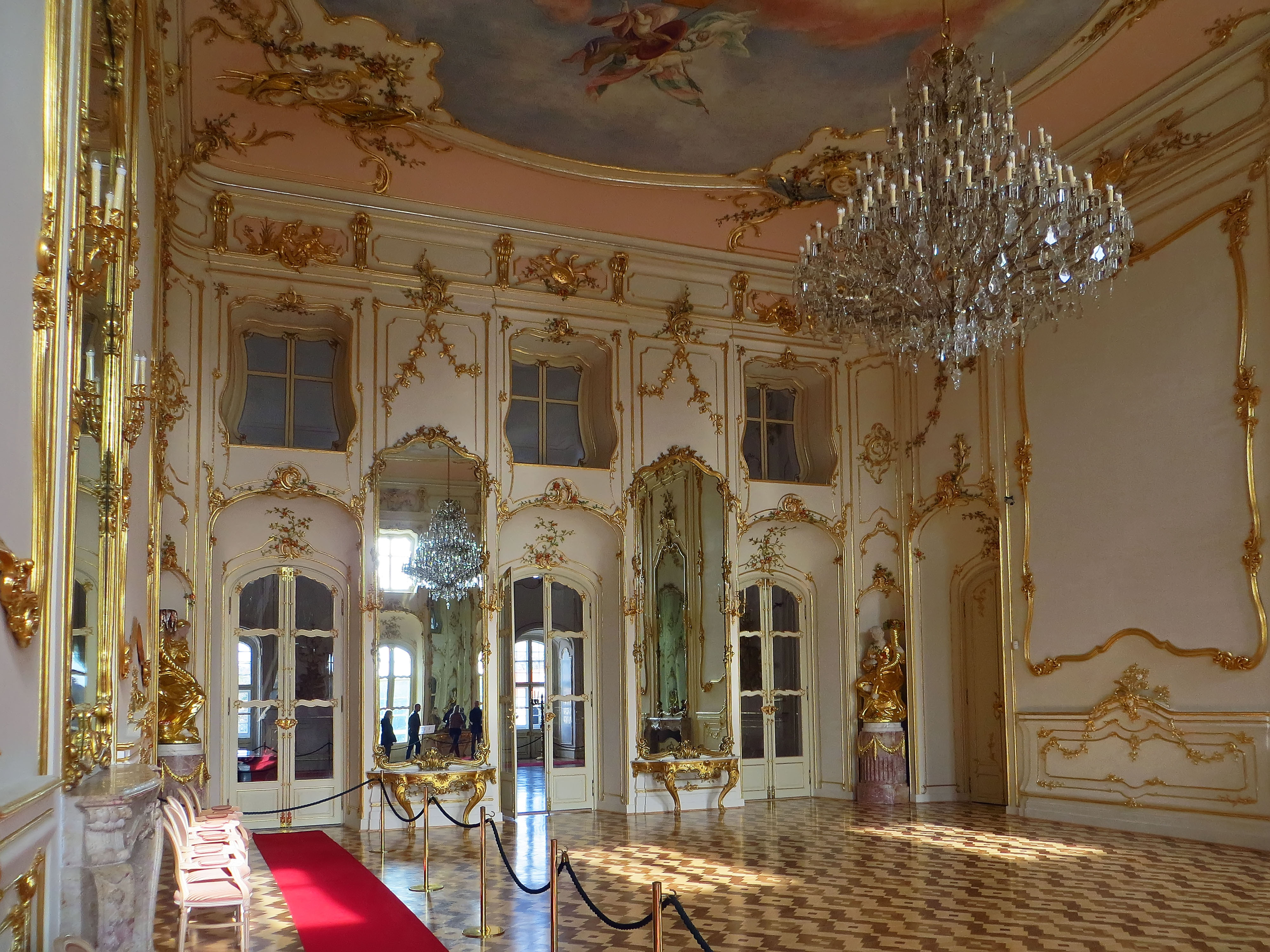 After morning mass at the Hofmusikkapelle, we have a day trip to the celebrated Vienna Woods, with a visit to Heiligenkreuz Abbey and the monks’ noon prayer Choral Service. After lunch at the Abbey we’ll drive through the Helene Valley to nearby Baden, long a refuge for the Viennese nobility. There we’ll have a lovely Walking Tour of the Biedermeier town centre with an exclusive visit to the Beethovenhaus before returning to Vienna for dinner. (B,L,D) 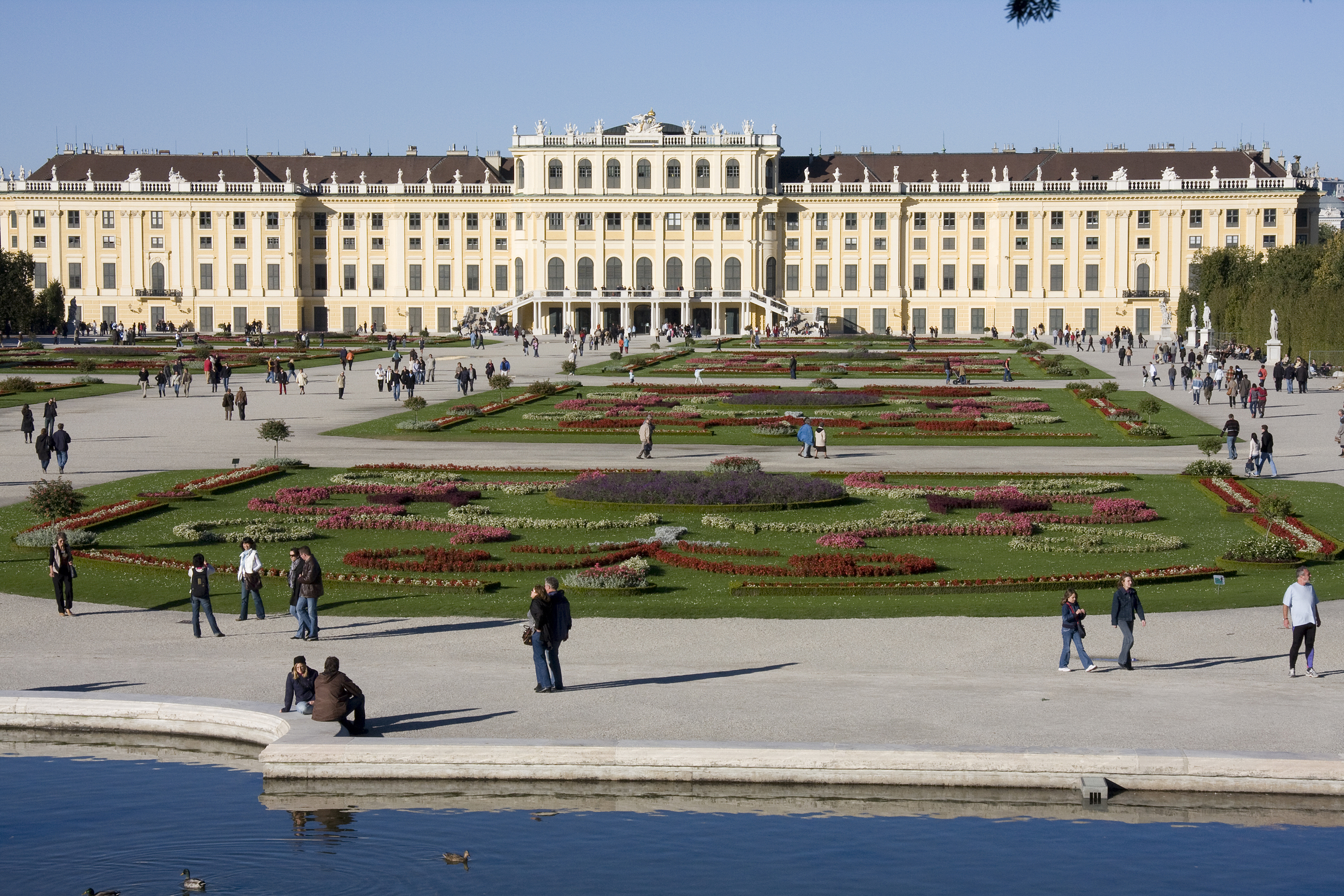 Day at leisure to further explore Vienna on your own. You may wish to visit one of the famous museums in the Museum Quarter, such as the Art or Natural History Museums. Farewell Dinner and concert at the Hotel Bristol. (B,D) 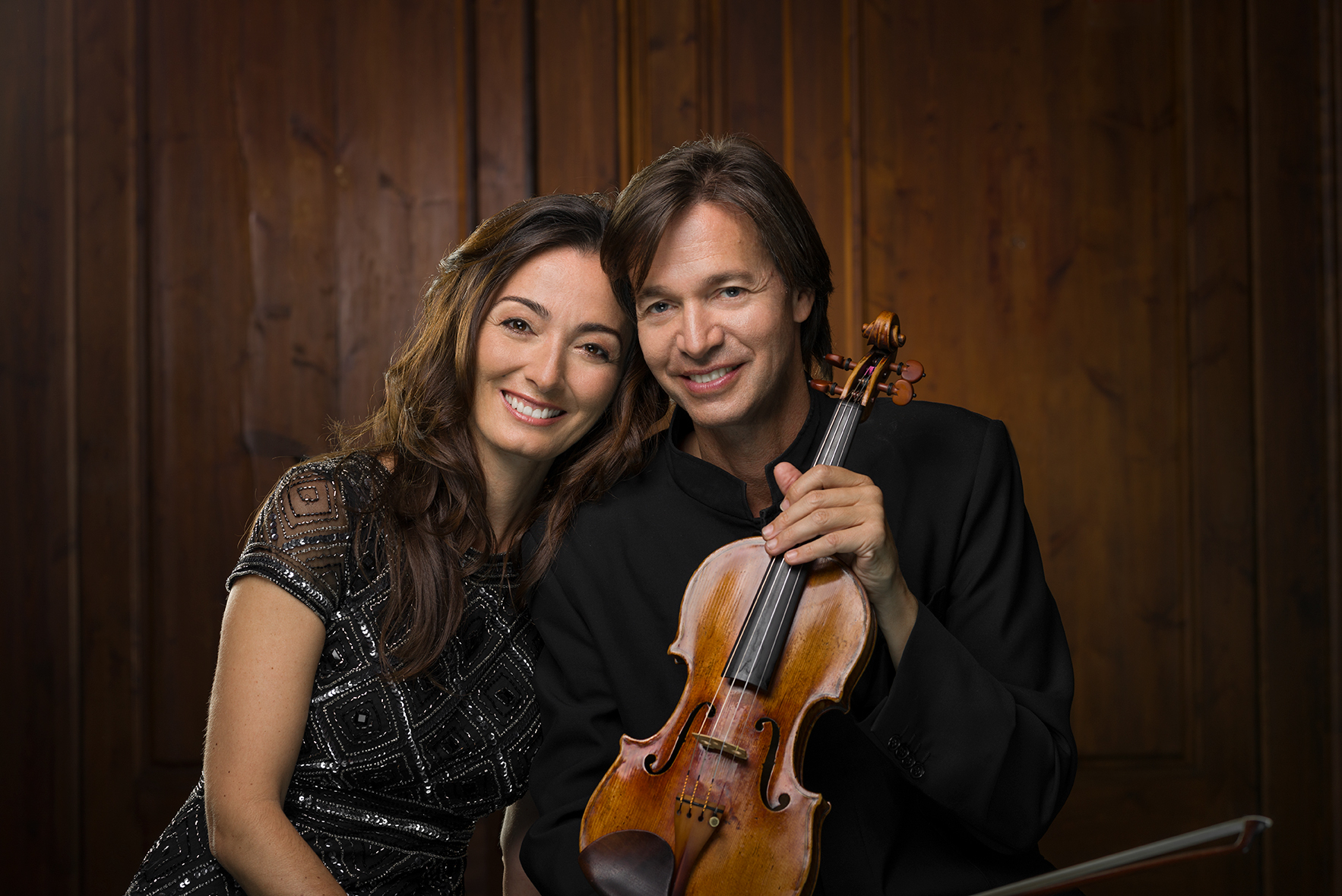 We transfer to the airport for our flight home. (B)