Thanks to the work of groups such as UNESCO, our rich history and heritage remain preserved for generations to come. The United Nations Educational Scientific and Cultural Organization is responsible for promoting peace, social justice, human rights and international security through international cooperation on educational, science and cultural programs.
The Constitution of UNESCO entered into force in 1946. Its initial emphasis was on rebuilding schools, libraries and museums that had been destroyed in Europe during World War II. Since then, its activities have been mainly facilitative, aimed at assisting, supporting and complementing the national efforts of member states to eliminate illiteracy and to extend free education. UNESCO is also actively working to achieve the goals of significantly reducing extreme poverty in developing countries, developing a program for universal primary education in all countries, eliminating gender inequalities in primary and secondary education, promoting sustainable development and reducing the loss of environmental resources.
Each of its 193 member states has one vote in UNESCO’s General Conference, which meets every two years to set the agency’s budget, its program of activities, and the scale of contributions made by member states to the agency.
UNESCO's World Heritage Center identifies cultural, natural and mixed sites to be protected all over the world in an effort to promote the maintenance of cultural, historic and/or natural heritage in those places for others to see. The first world heritage sites to be inscribed were in 1978. Twelve were put on the list that year, including L’Anse aux Meadows National Historic Site and Nahanni National Park (Canada), Mesa Verde and Yellowstone National Parks (U.S.), Aachen Cathedral (Germany), Historic Centre of Kraków and Wieliczka and Bochnia Royal Salt Mines (Poland), City of Quito and Galápagos Islands (Ecuador), Island of Gorée (Senegal), Rock-Hewn Churches, Lalibela and Simien National Park (Ethiopia).
One of UNESCO’s success story is the Nubian Monuments, an outstanding archaeological area between the first and second cataracts on the West Bank and the Nile in Egypt, containing such magnificent monuments as the Temples of Ramses II at Abu Simbel and the Sanctuary of Isis at Philae. For thousands of years, the sitting figure of Ramses II watched over the Nile, until the construction of the Aswan dam threatened to drown the ancient temple under the waters of the river. In an unparalleled feat of engineering, thanks to the international campaign launched by UNESCO in 1960, the rock temple was taken apart and re-erected on a site 60 metres higher and further away from the Nile in 1968. (image at the top)
A more recent one is about Angkor Archaeological Park, Cambodia – one of the most important archaeological sites in South-East Asia, which contains the magnificent remains of the various capitals of the Khmer Empire. Over the years, political and military upheavals, illicit excavation, pillaging of archaeological sites and landmines were destroying the site. Although many monuments are still in need of attention, more than 15 major conservation and restoration projects have been undertaken. In 2004, the Committee considered that Angkor was being properly managed and that the numerous conservation and restoration activities were successful and the site was removed from the List of World Heritage in Danger. 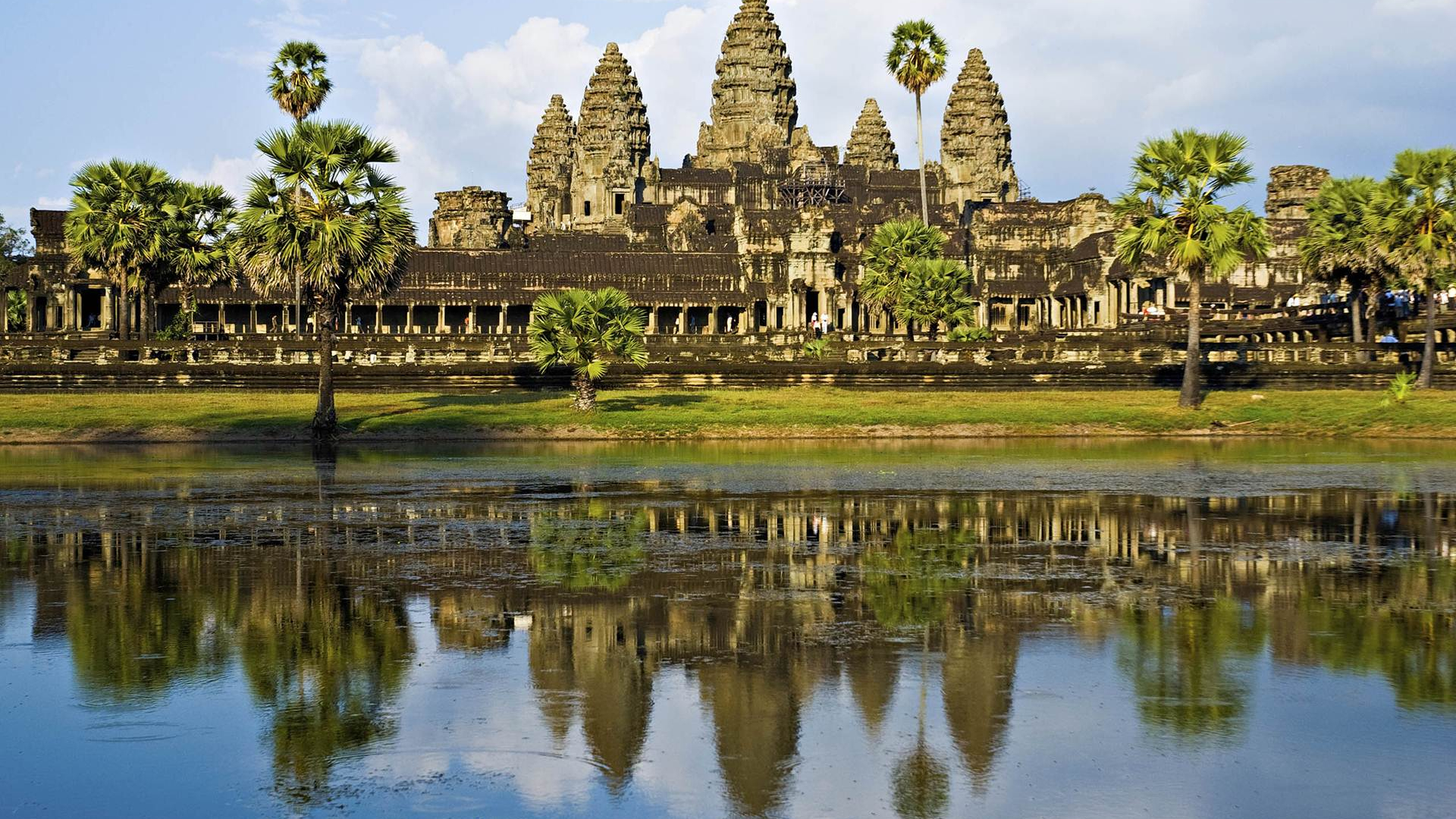 Angkor Wat, Cambodia
UNESCO also led the reconstruction of the mausoleums in Timbuktu after their destruction by armed extremists who occupied the city in 2012. The mausoleums of Timbuktu had long been places of pilgrimage for the people of Mali and neighbouring West African countries. They were widely believed to protect the city from danger. 16 of these mausoleums are inscribed on the World Heritage List and 14 were destroyed in 2012, representing a tragic loss for local communities. Due to this, the government of Mali turned to outside partners, including UNESCO, for assistance. The preservation of ancient manuscripts and rehabilitation of 14 mausoleums began in March 2014 and concluded in July 2015.
Other interesting facts about UNESCO World Heritage Sites:
﻿
- UNESCO preserves 1,073 World Heritage Sites in 167 countries; the sites represent 10 million km2, equivalent to the size of China.
- There are currently 54 world heritage sites which are listed as being “in danger”. They include 36 cultural and 18 natural sites.
- The country with the most sites is Italy with 55, which does not include sites in the Vatican or San Marino.
- The first world heritage site was the Galápagos Islands in Ecuador.
- The largest site is the Phoenix Islands Protected Area, in the nation of Kiribati in the Pacific Ocean, with an area of 408,250 km2. The site is mostly ocean as the actual land area of Kiribati is only 811 km2.
- The smallest world heritage site is the Holy Trinity Column in Olomouc, Czech Republic. It is literally the size of a statue or fountain in a city square.
- The southernmost site is Macquarie Island, Australia off the coast of Antarctica at 54°S.
- The northernmost site is the Natural System of Wrangel Island Reserve, Russia at 77°N.
- The most visited site is the Banks of the Seine in Paris.
- This island of Surtsey in Iceland was created by volcanoes between 1963 and 1967. It was added as a world heritage site in 2008. No one is allowed on the island aside from one scientific team that visits the island every ten years to see how nature is establishing itself.
- UNESCO coordinates tsunami early warning systems all over the globe.
- UNESCO has also been instrumental in creating and supporting several international days. These include World Teachers’ Day and International Women’s Day. 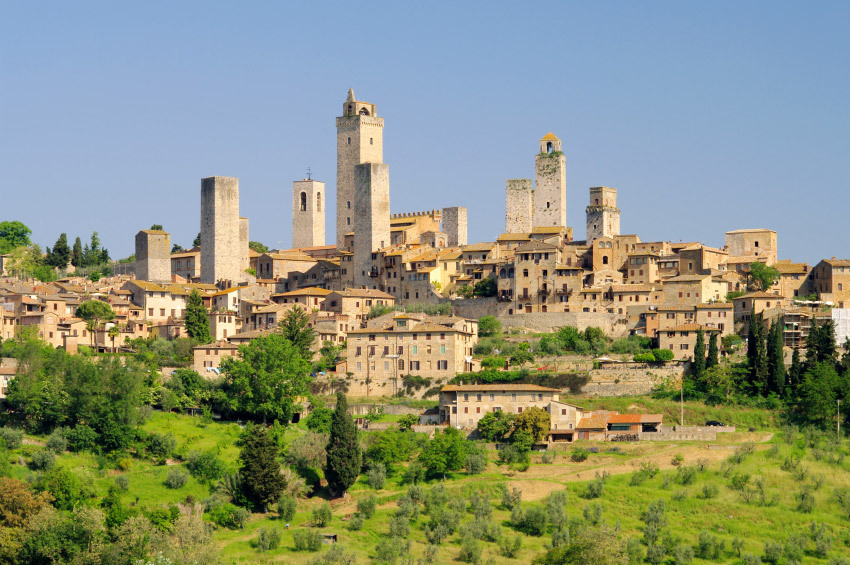 San Gimignano, Italy
Visit some of the world’s most significant and beautiful World Heritage sites on Special Travel International’s future tours:
https://www.sticanada.com/
On the Horizon for 2024-25