The world’s most northerly capital, Reykjavik, is the nation's nerve centre and government seat and is home to half the island's population. On a bay overlooked by proud Mt. Esja, with its ever-changing hues, Reykjavik presents a colourful sight, its concrete houses painted in light colours and topped by vibrant red, blue and green roofs. In contrast to the almost treeless countryside, Reykjavik has many tall, native birches, rowans, and willows, as well as imported aspen, pines, and spruces.
In AD 874, Norseman Ingólfur Arnarson saw Iceland rising out of the misty sea and came ashore at a bay eerily shrouded with plumes of steam from nearby hot springs. Reykjavik's name comes from the Icelandic words for smoke (reykur) and bay (vík).
Stroll the Old Harbour to see local artist Jon Gunnar Arnason's stylized Viking ship sculpture, Sun Voyager. Scale the church belfry atop Hallgrimskirkja's soaring white tower to view Reykjavik's colourful low-rise cityscape far below. Follow the seaward gaze of the statue of Viking explorer Leif Ericson, the first European to reach America, epitomizing the intrepid Icelandic spirit over 1,000 years of discovery. Examine preserved medieval saga manuscripts in the Culture House and how Vikings really lived in Settlement Exhibition, a Viking dwelling buried under lava around 871 and excavated in 2001. 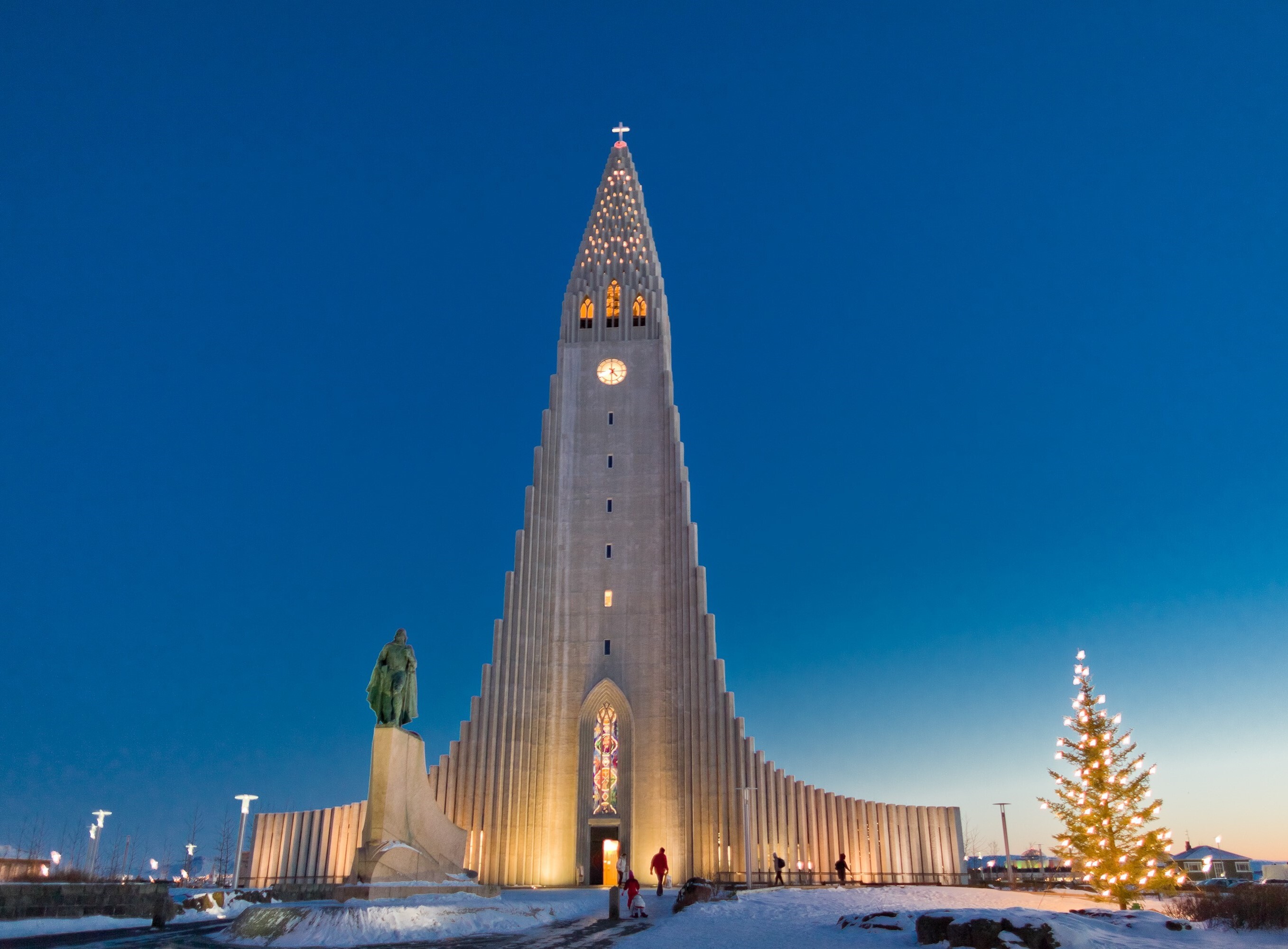 A city of the sea, Helsinki was built along a series of oddly shaped peninsulas and islands jutting into the Baltic coast along the Gulf of Finland. Streets and avenues curve around bays, bridges reach to nearby islands, and ferries ply among offshore islands.
Having grown dramatically since World War II, Helsinki now absorbs more than one-tenth of the Finnish population. The metro area covers 315 islands. Most sights, hotels and restaurants cluster on one peninsula, forming a compact central hub.
Helsinki is a relatively young city compared with other European capitals. In the 16th century, King Gustav Vasa of Sweden decided to woo trade from the Estonian city of Tallinn and thus challenge the Hanseatic League's monopoly on Baltic trade. Accordingly, he commanded the people of four Finnish towns to pack up their belongings and relocate to the rapids on the River Vantaa. The new town, founded in 1550, was named Helsinki.
For three centuries, Helsinki had its ups and downs as a trading town. Turku, to the west, remained Finland's capital and intellectual centre. However, Helsinki's fortunes improved when Finland fell under Russian rule as an autonomous grand duchy. Czar Alexander I wanted Finland's political centre closer to Russia and, in 1812, selected Helsinki as the new capital. Shortly afterward, Turku suffered a disastrous fire, forcing the university to move to Helsinki. The town's future was secure.
Just before the czar's proclamation, a fire destroyed many of Helsinki's traditional wooden structures, precipitating the construction of new buildings suitable for a nation's capital. The German-born architect Carl Ludvig Engel was commissioned to rebuild the city, and as a result, Helsinki has some of the purest neoclassical architecture in the world. Add to this foundation the influence of Stockholm and St. Petersburg with the local inspiration of 20th-century Finnish design, and the result is a European capital city that is as architecturally eye-catching as it is distinct from other Scandinavian capitals. 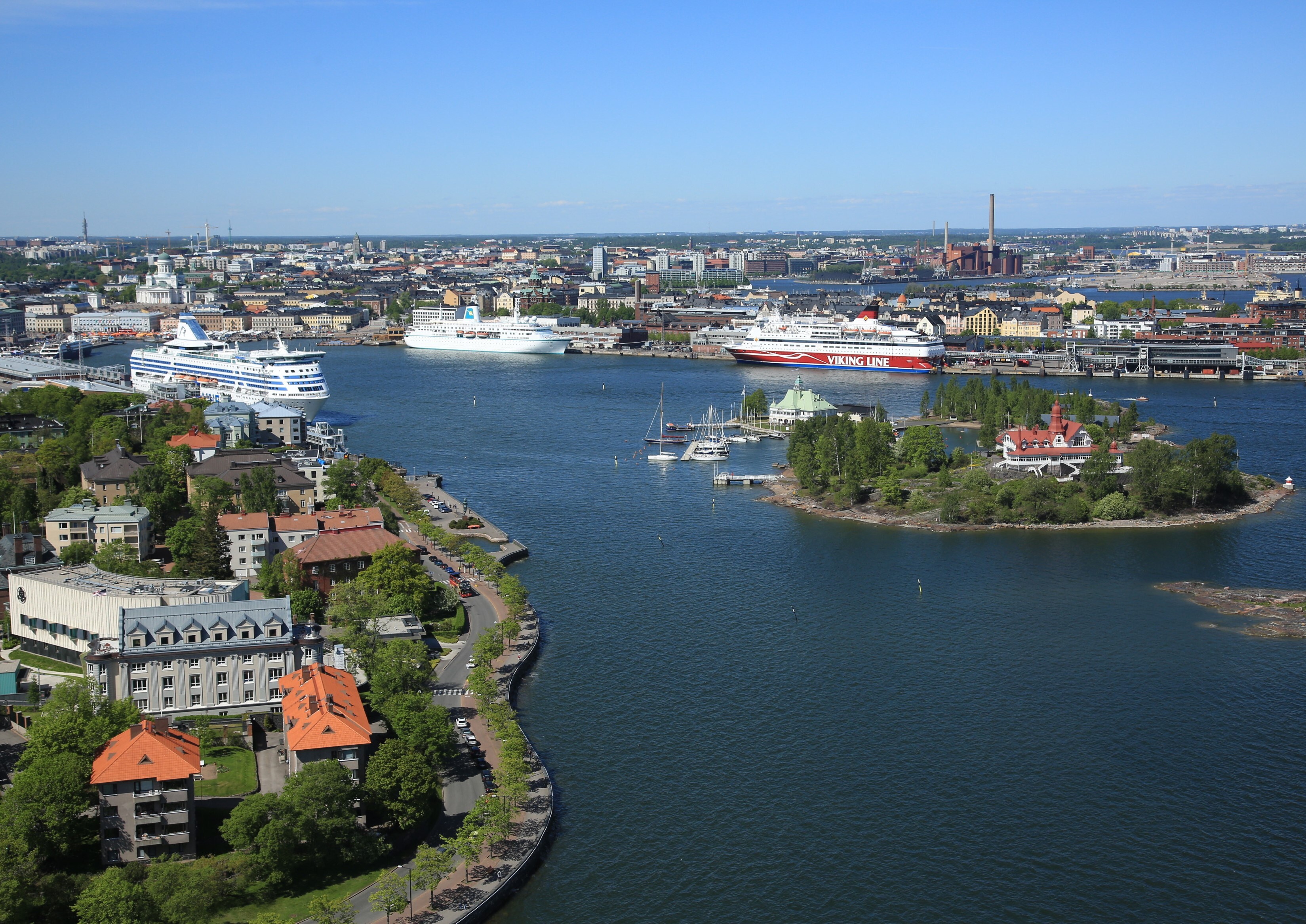 What sets Oslo apart from other European cities is not so much its cultural traditions or its internationally renowned museums as its simply stunning natural beauty. How many world capitals have subway service to the forest, or lakes and hiking trails within city limits?
Oslo was founded in the mid-11th century by a Viking king and became the capital around 1300 under Haakon V. In the course of its history, the city burned down several times; fire destroyed it in 1624. The master builder Christian IV, king of Denmark and Norway, ordered the town rebuilt near the Akershus Castle. He named the new town Christiania (after himself), its official name until 1924 when the city reverted to its former name.
In 1814, Norway separated from Denmark and united with Sweden, a union that lasted until 1905. During that period, the Royal Palace, the House of Parliament, the old university, the National Theater, and the National Gallery were built.
During the mid-19th century, Norway and Sweden were ruled as one kingdom, under Karl Johan. It was then that the grand main street that's his namesake was built, and Karl Johans Gate has been at the centre of city life ever since. In 1905 the country separated from Sweden, and in 1925 an act of Parliament finally changed the city's name back to Oslo. Today, Oslo is Norway's political, economic, industrial and cultural capital. 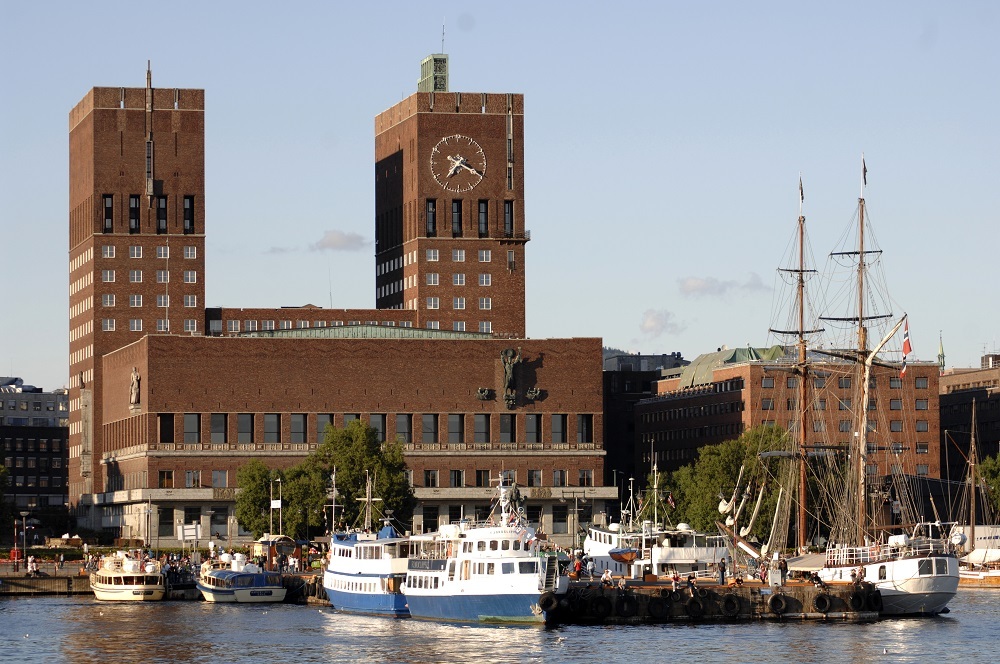 Located on the Baltic Sea, Estonia spent two centuries as one of Russia's Baltic Provinces before becoming an independent republic in 1918. Little over two decades later, it fell back under Russian control when Soviet troops rolled in and incorporated the country into the Soviet Union. It became independent once again in 1991.
Tallinn, a UNESCO world heritage site, was founded in the 12th century and has been under the rule of Denmark, Sweden, and Germany as well as Russia, and all left their mark on the city's architecture. It is one of the best preserved medieval towns in northern Europe, with its ancient city walls, church spires, red-tile-roofed homes, cobblestones, and narrow alleys.
While under German occupation in 1944, the city was bombed and 1,100 people were killed or wounded. Also at that time, about 11% of the old town was destroyed and was replaced afterward by bleak Soviet architecture. Today, the city is growing rapidly, with modern buildings joining the old.
Estonia has been a member of the EU since 2004, and in 2011, the country and its growing economy joined the Eurozone. Tallinn was also named the European City of Culture in 2011, cementing its growing reputation as a cultural hotspot. 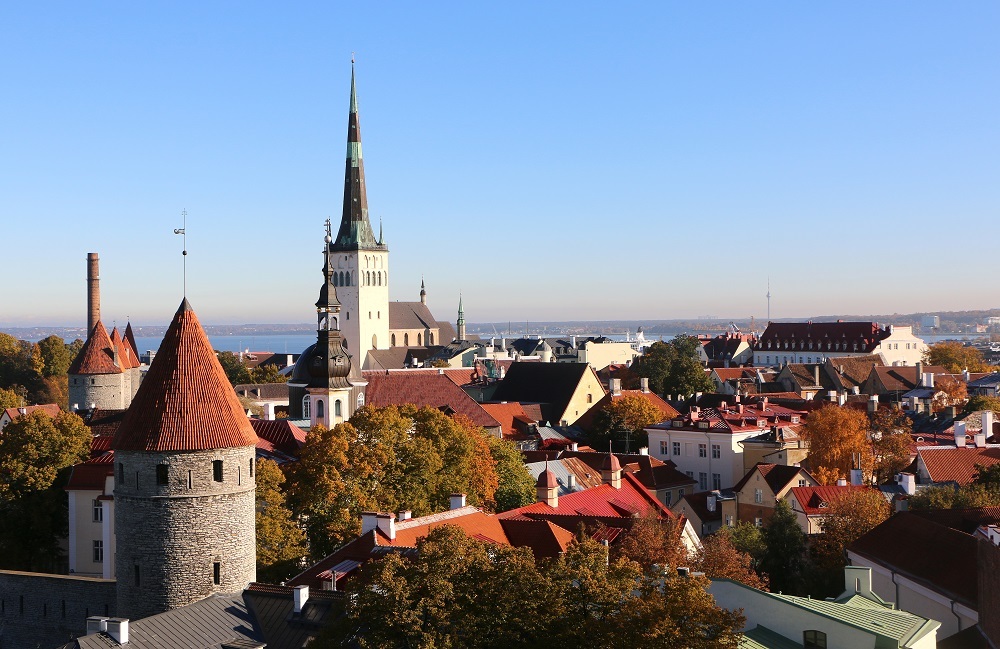 Positioned where the waters of Lake Mälaren rush into the Baltic, it has been an important trading site and a wealthy international city for centuries. Built on 14 islands joined by bridges crossing open bays and narrow channels, Stockholm boasts the story of its history in its glorious medieval old town, grand palaces, ancient churches, sturdy edifices, and public parks.
Amid the woods of Djurgården, you will find the fabled 17th-century Vasa warship at the Vasa Museum and a petting zoo at the open-air Skansen park. On Skeppsholmen island, view works by Picasso and Dalí at the Museum of Modern Art. Further west, stroll toward the Royal Palace and into the narrow lanes of the medieval Old Town. The seasons rule in Stockholm, with ice-skaters pirouetting on Kungsträdgården in winter and swimming off the Fredhäll cliffs in summer. 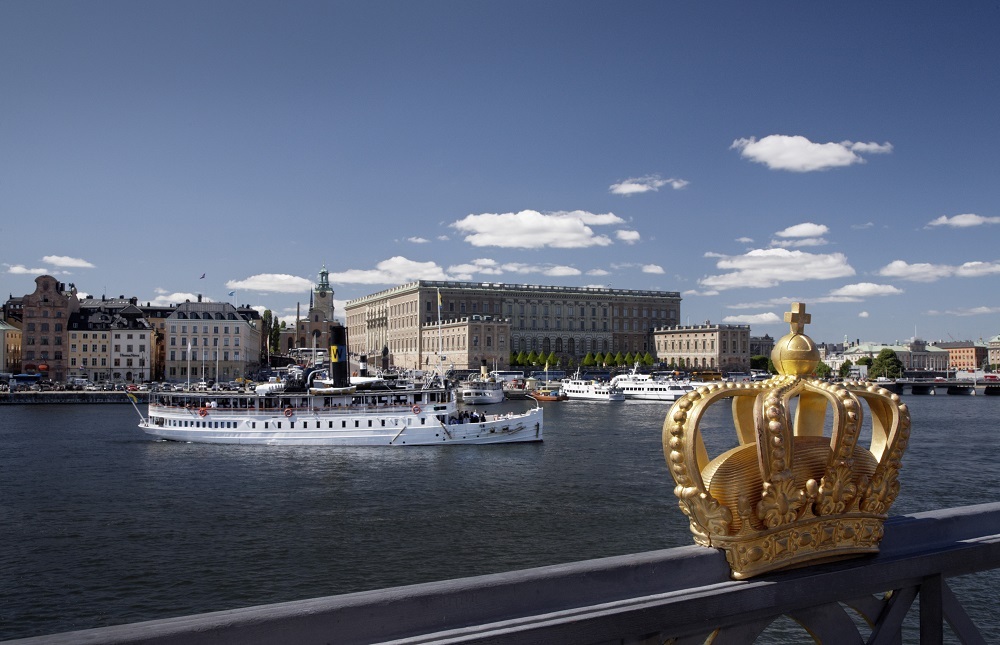 Royal Palace, Stockholm © Ola Ericson, imagebank.sweden
Discover each of these beautiful and diverse Northern capitals on STI’s Iceland, Scandinavia & Baltic Cruise ( June 05 – 19, 2019 )
On the Horizon for 2022-23