The Phoenix Rising From The Ashes

The phoenix is a legend as ancient as any, but through the ages, its meaning and relevance have remained undiluted for tens of thousands of years. The story woven through its wings comes and goes, crossing boundaries of time and distance, emerging and expressing through cultures from Ancient Egypt and Arabia, to China and Japan. But the subtle differences and cultural adaptations only serve to embellish and deepen the patterns, messages and medicine that this mythical bird still carries today.
Only one phoenix existed at any one time. Its lifespan was long – Ancient Greek myth told of 500 years; in Arabia, it was said that one bird had lived for over 10,000. But in all cultures, at any one time, this single phoenix would hold the entirety of its potent legend.
It was a huge and graceful bird, adorned with red, golden and sometimes purple feathers, and with green, sapphire eyes. In ancient Egypt, its head often held the Atef crown of Osiris, which symbolized his rulership over the underworld. And at other times, the head of the phoenix held the disc of the Sun. Both of these symbols tell of the duel nature of the bird, of its unique ability to contain the power of both deaths, and of re-birth simultaneously. In Egypt, the phoenix most likely found its origins in the story of the Bennu bird, which was closely associated with the Sun God Ra. In fact, the Bennu may even have been perceived as the actual physical expression of the soul of Ra. In classical Arabian mythology, the phoenix was also known as the bird of the Sun, appearing each morning singing its mystical, enchanting song, to raise the world from its slumber. 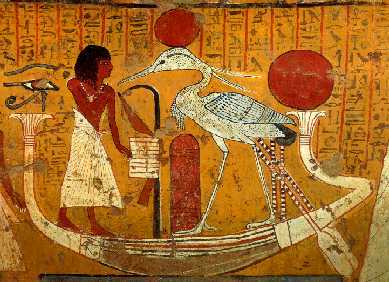 Bennu bird
Ever associated with the East, in many cultures, the great bird also held the alchemical wisdom of the direction of the coming dawn and the daily promise of re-birth. But for re-birth to be possible, death must come first. So when the phoenix was approaching the end of its life, it would begin to build a nest, a pyre, of aromatic branches, resins and spices. The pyre would catch alight and the bird consumed in the flames, burning down to ashes. Across cultures, the significance of this remained and still remains the same today because to transform fully, the pain of utter and complete destruction must often be experienced.
There is a type of metamorphosis which is more gradual: a shapeshift, a more gentle, flowing, evolutionary change. But the phoenix teaches us that this is not always the way of life: to hold on too firmly to who we used to be when this iteration is nearing its end will bring more harm than good, denying the natural order. This is why the bird willingly builds its pyre and participates in the path that it must take.
In some legends the re-birth is quick, coming before the flames have died down, and some tell of three days going by before the phoenix rises from the ashes. It is easy to see the correlation here, between this and the Christian myth of resurrection (and the rising of the Sun/Son of God). The new, re-born phoenix is greater, more powerful and more beautiful than its previous incarnation, and it is both the surrender to the process and the quality of the ashes which create this new, improved splendour.
The myth teaches us of the power of destruction, and that it is not something to be feared and resisted, but a natural, albeit dangerously powerful part of life. The fire is also significant, being one of the four alchemical elements, all of which are required to affect change in the world and our lives. And whilst fire offers a destructive force, it also, clearly, has the power to transform and transmute, which is why the myth of the phoenix has long been associated with the legend of the Philosophers Stone – a mythical substance first mentioned in Ancient Greece (300 AD) and supposed to be able to turn base metals into gold, to heal any illness or bring immortality to anyone who consumes a small part of it. 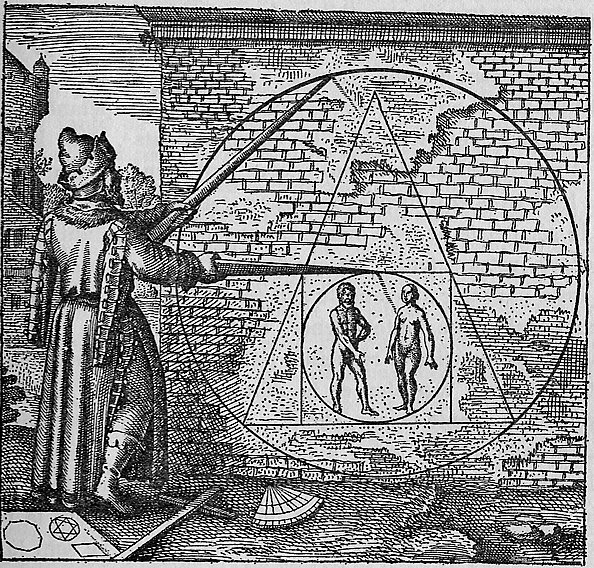 Philosopher's stone as pictured in Atalanta Fugiens Emblem 21
The search for the Philosopher’s Stone continues. But perhaps the elusive compound is not a substance at all, but a process, a shift, an understanding that we all have the potential to reach, just as the phoenix understood that its only pathway to transformation and ultimate immortality, was into the flames of destruction. All those components will help it rise up but not before being aware of one aspect. The aspect is that there will be an end, that a part of ourselves will also leave us, will become ashes, the remains of a past that will never return.
But the wind won’t carry away those ashes; just the opposite. They will form part of ourselves in order to give shape to a being that comes out of the fire stronger, bigger, wiser… In the midst of the current COVID-19 crisis taking place around the world, should we agree to make this an accurate prediction?
Please check our website for details on Special Travel International’s future tours.
On the Horizon for 2022-23