The Happiest Countries In The World

Since 2002, the World Happiness Report has detailed the world's happiest countries based on several factors. The 2020 World Happiness Report, released on March 20 by the Sustainable Development Solutions Network for the United Nations, ranks 156 countries by how happy their citizens perceive themselves to be.
The report looks at countries with respect to their performance of six particular variables: gross domestic product per capita, social support, healthy life expectancy, freedom to make your own life choices, generosity of the general population and perceptions of internal and external corruption levels. By relating all of the countries around the world individually to a made-up country called Dystopia, the researchers were able to configure a baseline to compare all other countries. This enabled the study to base the conclusions on rather than not providing any rock bottom.
Finland has been named the happiest country in the world for the third year in a row, based on the 2020 report. The country scored 7.809 out of a total possible score of 10. People feeling reassured by their fellow citizens speaks volumes, especially because it can be challenging to be happy if you do not feel you are supported or don't have a support system backing you and your decisions. The freedom to make choices in Finland appears to be alive and well. If you glance at the scores within this variable among the happier countries, it is evident that this sense of freedom is rather pertinent where happiness is involved.
The second happiest country on the list is Denmark, which scores 7.646. The values for each of the six variables related to Denmark are relatively similar to those of Finland. Denmark has a slightly higher calculation of generosity, and the same goes for the perceived amount of corruption within the country. If you look closely enough, you will see a relatively higher level of corruption perceived by those in Denmark than those in Finland, which is significant enough to drop Denmark into second place. 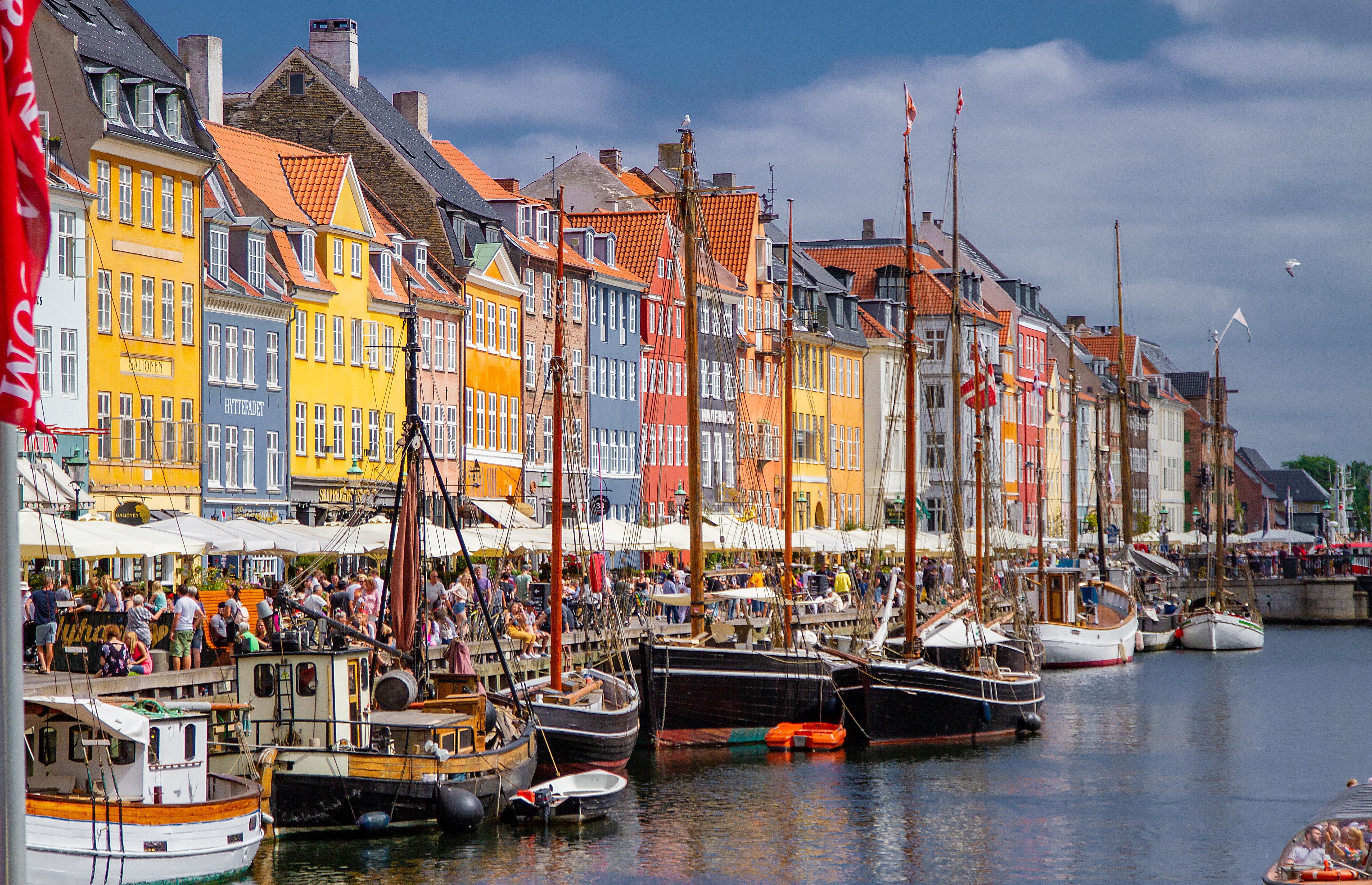 Copenhagen, Denmark
As the third happiest country in the world, Switzerland scored a total of 7.554 out of 10. In general, the Swiss are very healthy, with one of the world's lowest obesity rates. The Swiss also have a very high median salary, about 75% higher than that of the U.S. Additionally, there is a strong sense of community in Switzerland and, along with Iceland and Denmark, it is one of the world's safest countries.
Iceland ranks as the fourth happiest country in the world, with a total rank of 7.494. Of the top five happiest countries around the globe, Iceland has the lowest amount of perceived corruption. The country's overall social incorporation of support systems is somewhat greater than the other five countries. However, it is not quite significant enough to make much of a difference or kick another country out of a higher-ranking placeholder and insert Iceland in its place.
Norway is the fifth happiest country in the world, with a score of 7.488. Norway has a higher bar representing the level of generosity in the country than that of Finland and Denmark. The country is known as a welfare state, where citizens feel like they are being taken care of by their government thanks to universal healthcare and free college tuition. Norwegians also enjoy a healthy work-life balance, working an average of 38 hours per week versus 41.5 hours per week in the U.S. Additionally, Norway has a low crime rate and a good sense of community among its citizens. 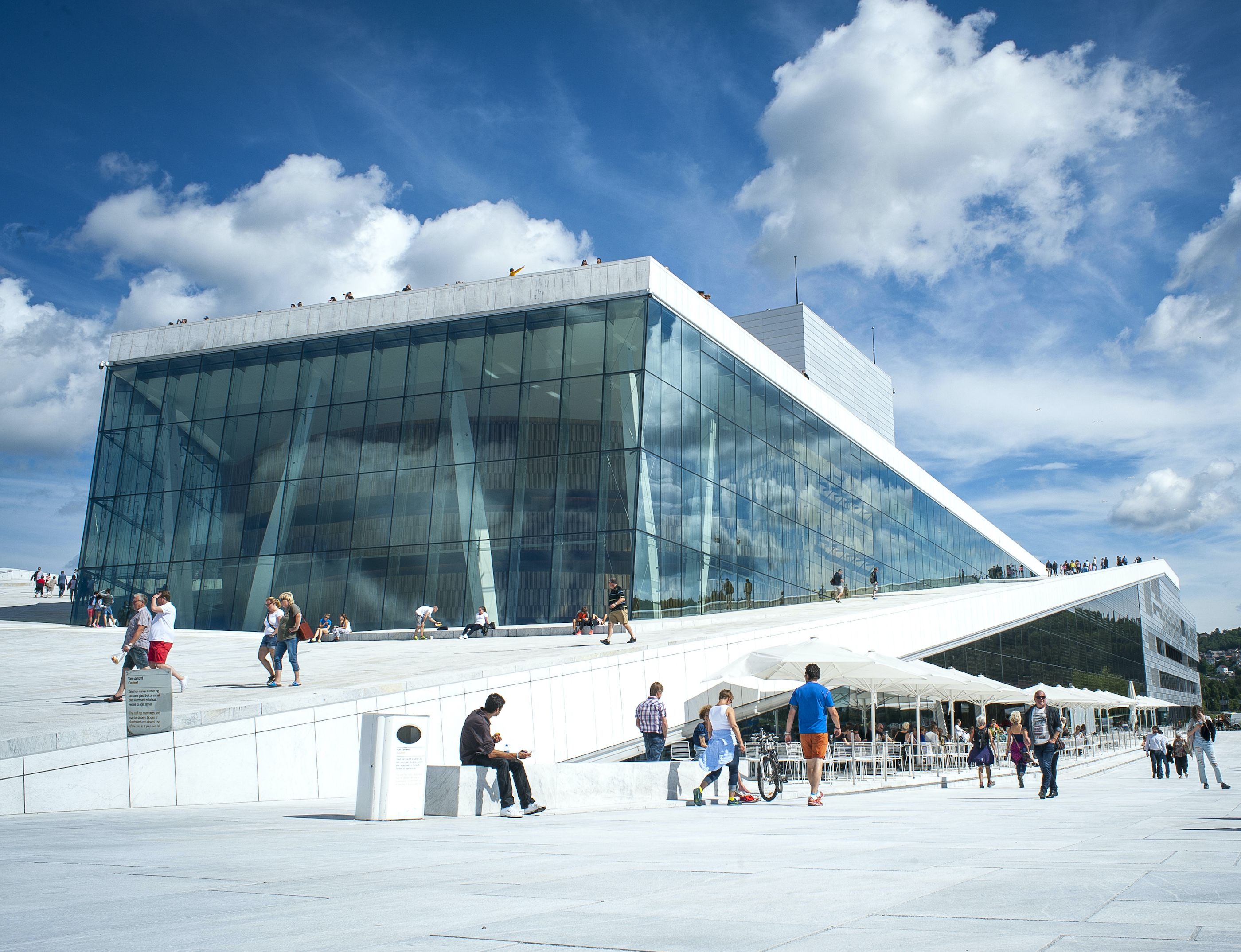 Oslo Opera House © Thomas Johannessen, VisitOSLO
The rest of the top 10 is dominated by European countries, including the Netherlands, Sweden, Luxembourg and Austria. In fact, the only country outside of Europe to make the top 10 in 2020 is New Zealand. Canada ranks 11th.
During the coronavirus pandemic, living in one of the world's happiest countries is not about short-term happiness. It is about the social safety net and other supports systems the country has in place before trouble strikes. The happiest countries seem to be those where people feel a sense of belonging, where they trust and enjoy each other and their shared institutions. There is also more resilience, because shared trust reduces the burden of hardships, and thereby lessens the inequality of well-being.
It is interesting to note that superpowers are not the happiest. None of the world's largest economies made it into the top 10 rankings. The U.K. came in 13th place, while Germany stayed in 17th place for the second year in a row. Japan came in 62nd place, Russia came in 73rd place, and China came in 94th place.
The countries at the bottom of the 2020 ranking are those afflicted by violent conflicts and extreme poverty, with Zimbabwe, South Sudan and Afghanistan classed as the world's least happy countries.
The data for the 2020 World Happiness Report was collected in 2018 and 2019, and is therefore not impacted by the widespread restrictions imposed by many countries to stem the spread of the coronavirus. However, the report's authors predict that the lockdown conditions many of the world's residents are now living under could, paradoxically, boost happiness in future.
Visit some of the world’s happiest countries on Special Travel International’s future tours:
https://www.sticanada.com/
On the Horizon for 2024-25