THE EUROPEAN UNION: A HISTORY AND OVERVIEW

The European Union (EU) is a unification of 27 member states (excluding the United Kingdom) united to create a political and economic community throughout Europe. Though the idea of the EU might sound simple at the outset, the European Union has a rich history and a unique organization, both of which aid in its current success and its ability to fulfill its mission for the 21st century.
History
The precursor to the European Union was established after World War II in the late 1940s in an effort to unite the countries of Europe and end the period of wars between neighbouring countries. These nations began to officially unite in 1949 with the Council of Europe. In 1950, Belgium, France, Germany, Italy, Luxembourg and the Netherlands created the European Coal and Steel Community. Today, these countries are referred to as the 'founding members'. 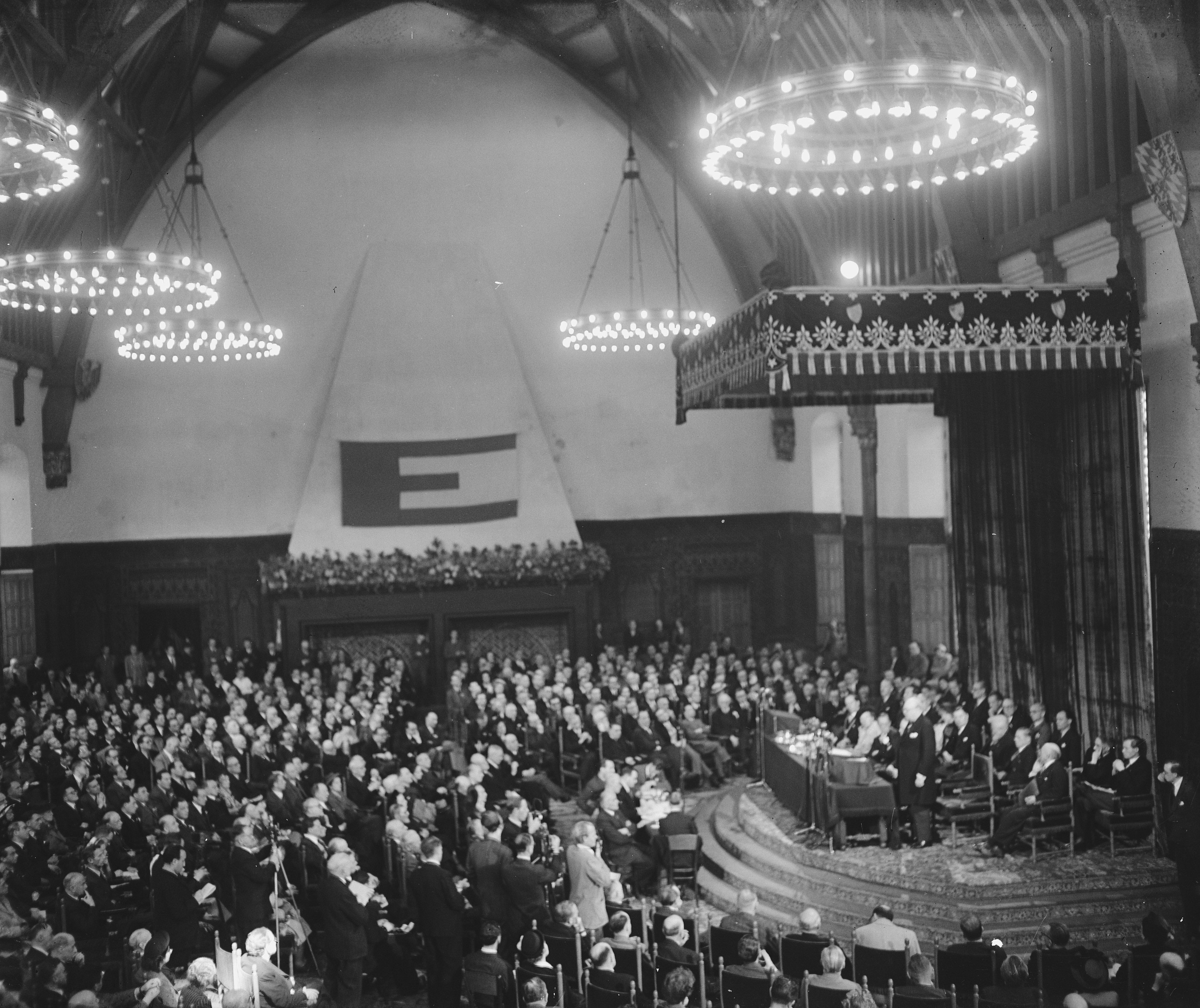 The Hague Congress, May 9, 1948
During the 1950s, the Cold War, protests and divisions between Eastern and Western Europe showed the need for further European unification. In order to do this, the Treaty of Rome was signed on March 25, 1957, thus creating the European Economic Community and allowing people and products to move throughout Europe. Later on, additional countries joined the community.
In order to further unify Europe, the Single European Act was signed in 1987 with the aim of eventually creating a 'single market' for trade. Europe was further unified in 1989 with the elimination of the boundary between Eastern and Western Europe, the Berlin Wall, leading to the reunification of Germany, on October 3, 1990 – exactly 30 years ago. 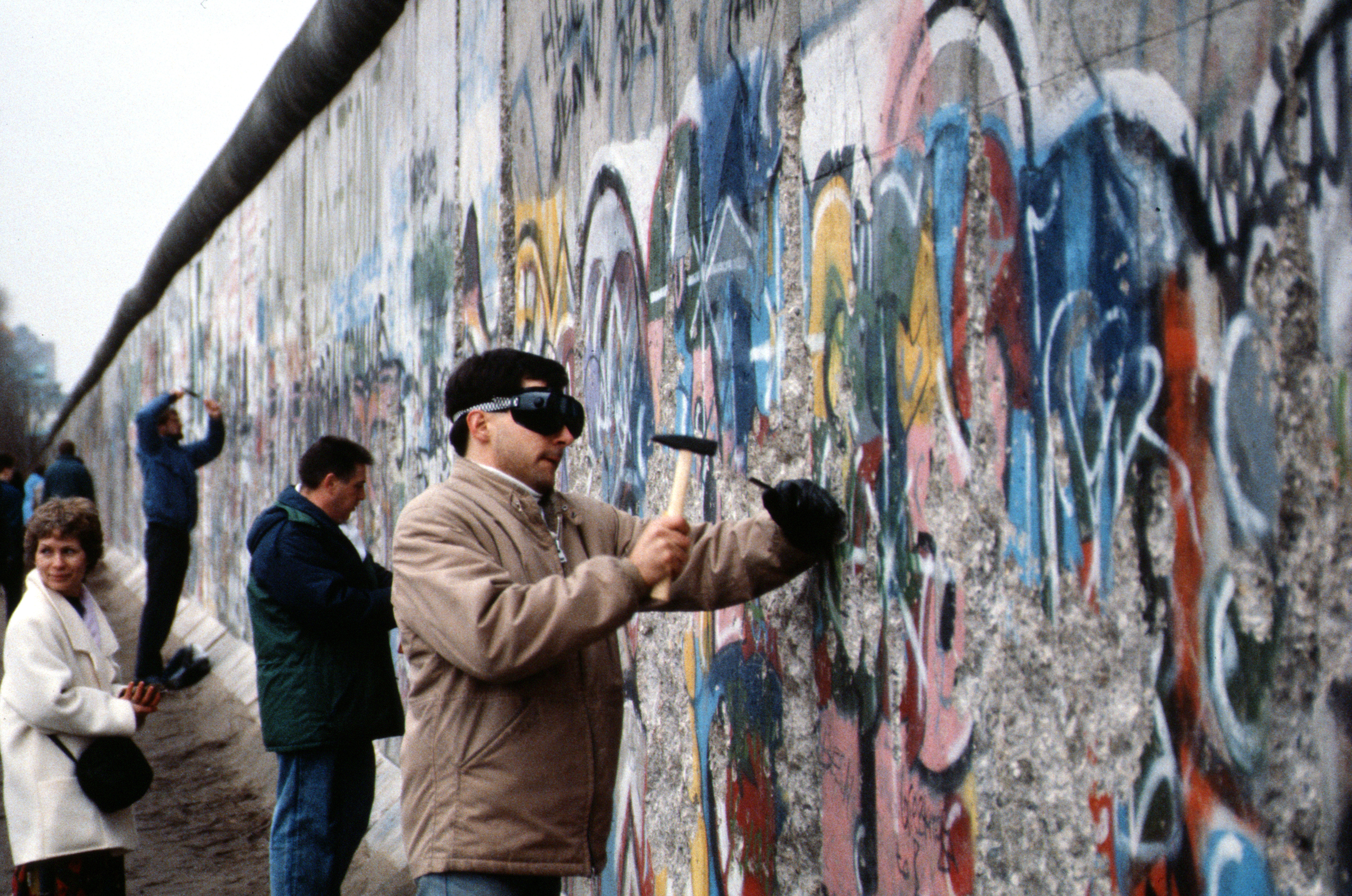 Fall of the Berlin Wall, 1989 © Raphaël Thiémard
On 31 January 2020, the United Kingdom became the first member state to leave the EU. Following a 2016 referendum, the UK signified its intention to leave and negotiated a withdrawal agreement. The UK is in a transitional phase until at least December 31, 2020, during which it remains subject to EU law and part of the EU single market and customs union.
The Modern-Day EU
Throughout the 1990s, the 'single market' idea allowed easier trade, more citizen interaction on issues such as the environment and security, and easier travel through the different countries.
Even though the countries of Europe had various treaties in place prior to the early 1990s, this time is generally recognized as the period when the modern-day European Union arose due to the Treaty of Maastricht on the European Union, signed on February 7, 1992, and put into action on November 1, 1993.
The Treaty of Maastricht identified five goals designed to unify Europe in more ways than just economically:
● to strengthen the democratic governing of participating nations
● to improve the efficiency of the nations
● to establish economic and financial unification
● to develop the 'community social dimension'
● to establish a security policy for involved nations
In order to reach these goals, the Treaty of Maastricht has various policies dealing with issues such as industry, education and youth. In addition, the treaty put a single European currency, the euro, in the works to establish fiscal unification in 1999.
In December 2007, all of the member nations signed the Treaty of Lisbon in hopes of making the EU more democratic and efficient to deal with climate change, national security and sustainable development.
With so many different nations participating, the governance of the EU is challenging. However, it is a structure that continually changes to become the most effective for the conditions of the time. Today, treaties and laws are created by the 'institutional triangle' that is composed of the Council representing national governments, the European Parliament representing the people, and the European Commission that is responsible for holding up Europe's main interests. 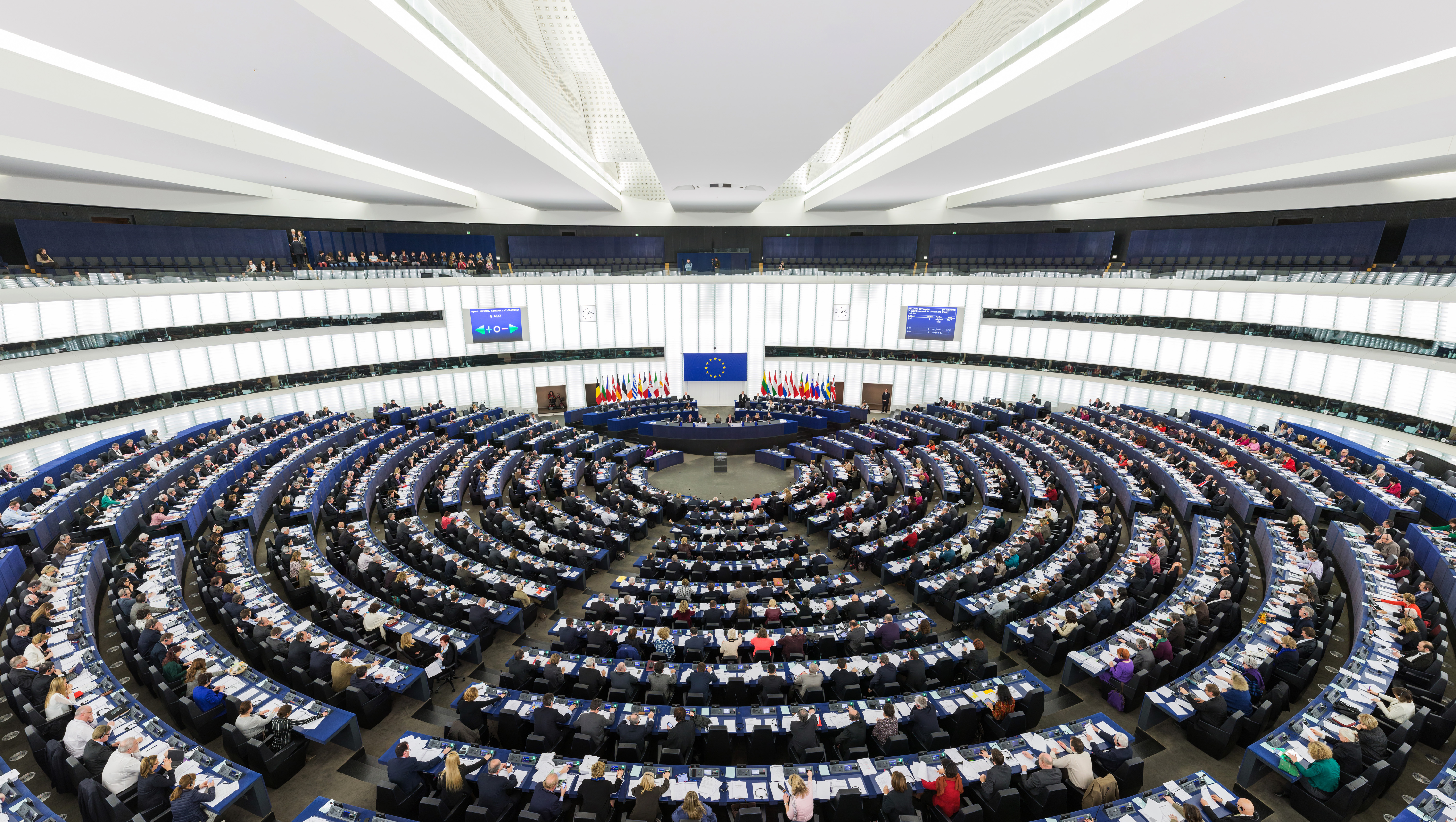 The Hemicycle of the European Parliament in Strasbourg, 2014 © Dadiv Iliff, License CC BY-SA 3.0
The EU Mission
As in 1949 when it was founded with the creation of the Council of Europe, the European Union's mission for today is to continue prosperity, freedom, communication and ease of travel and commerce for its citizens. The EU is able to maintain this mission through the various treaties making it function, cooperation from member states, and its unique governmental structure. 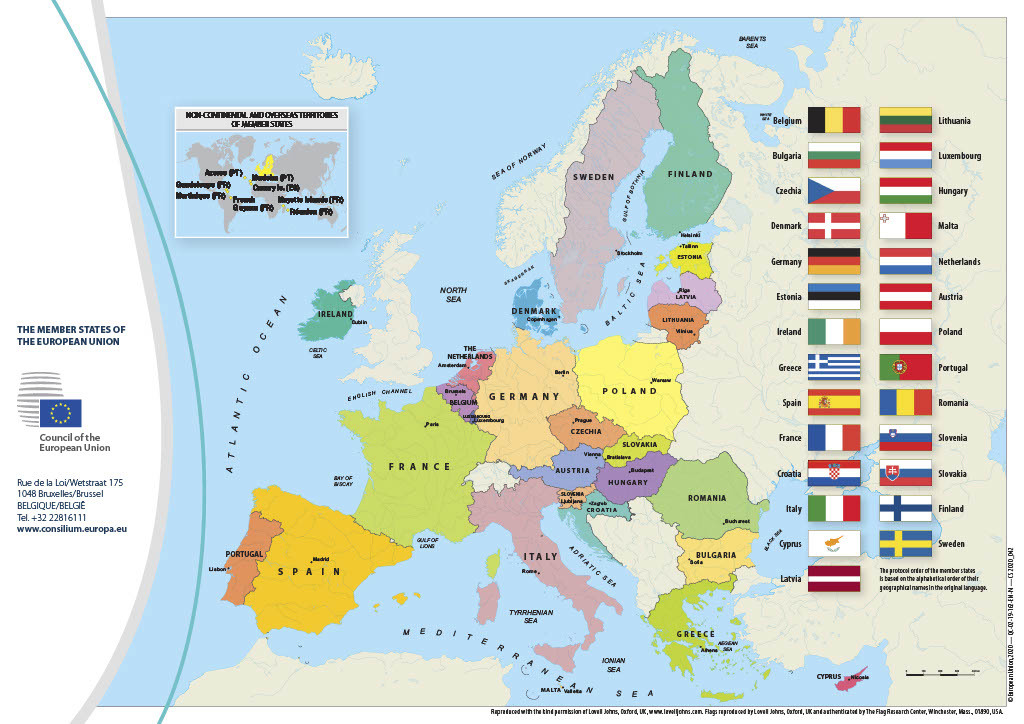 Map of the European Union, 2020
Please check our website for details on Special Travel International’s future tours to Europe – and more:
https://www.sticanada.com/
On the Horizon for 2024-25