As physical distancing, self-quarantining and keeping safe becomes the new normal, local and international artists are working to bring audiences engaging entertainment and share their music. Many artists in our creative community are now dedicated to providing online interactive content at a time when we are unable to gather in large groups and attend live performances.
Our dear friends and wonderful classical music tour hosts Kai Gleusteen and Catherine Ordronneau, despite being firm believers in live performing, have been recording in-home performances for their audience. Through their recordings, they are not only sharing their music but also detailed explanations of the works performed and fun anecdotes. These are spontaneous and done with the means and material at hand from their home in Spain.
Today we are happy to share their “Isolation Project”.
Anecdote, musical explanation and performance of Thaïs
'My Favorite Opera” anecdote (walking stick story)
Explanation and performance of J.S. Bach’s Sonata No. 2 (Andante) in A Minor, BWV 1003
'Sonata Form' explained
Performance of Beethoven's 'Spring' Sonata, First Movement
Franz Liszt's Dante Sonata explanation by Catherine
Franz Liszt’s Dante Sonata performance
Adagio, Scherzo explained
Performance of Beethoven's 'Spring' Sonata, Second and Third Movements 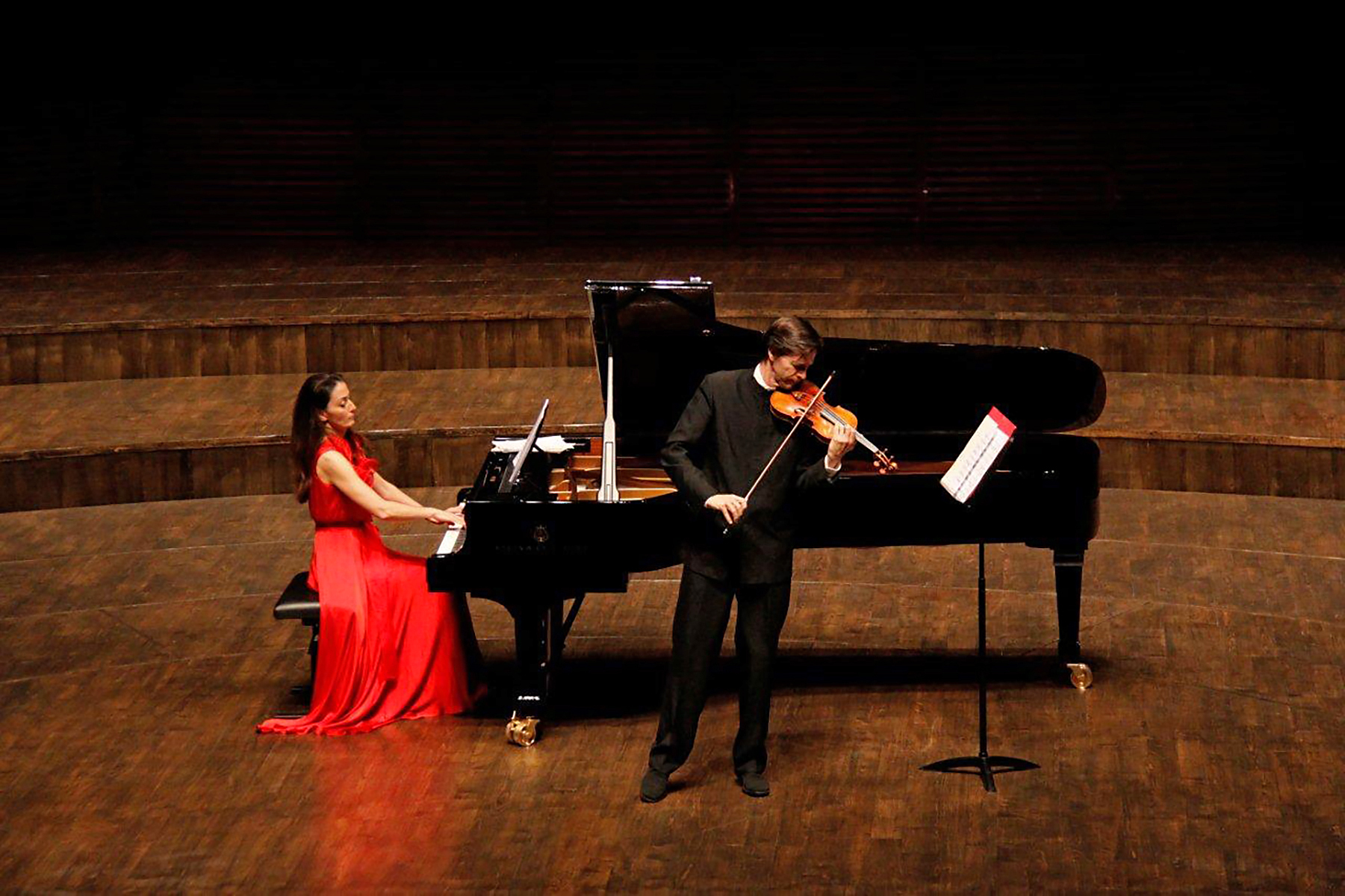 Gleusteen Ordronneau duo on stage
For those who do not already know them, Kai Gleusteen and Catherine Ordronneau began working together in 1999 and have established themselves as one of the most important European violin and piano duos. They have been based in Barcelona, Spain, since 2000. Kai has been dividing his time between leading the Gran Teatre del Liceu Symphony Orchestra, teaching in post-secondary institutions, and organizing various musical activities. He created the concept of Kaimerata Concerts in response to a personal need to share his passion for chamber music with the residents of the places he loves – Barcelona, Spain, as well as Denman Island, B.C. Each season offers a series of performances of masterpieces of a specific composer, allowing the audience to gently acquaint themselves and deepen their understanding of the composer and his entourage.
Kai Gleusteen and Catherine Ordronneau have hosted and travelled on numerous tours with Special Travel International, including several of our Classical Music Cruises.
Please check our website for details on Special Travel International’s future classical music tours: https://www.sticanada.com/music-culture
On the Horizon for 2024-25