In 2012, historian Karen Storwick and entrepreneur Robert Curtin first became aware of this uniquely Canadian story that took place during the war in Afghanistan. Most Canadians will remember the Highway of Heroes and the moving repatriation ceremonies as we paid somber tribute to each fallen Canadian soldier on their final journey home. The Highway of Heroes phenomenon was one that evolved naturally from their sense of collective shock and deep sadness for the young lives being lost in a dangerous war. It was a genuine and powerful gesture of a grateful nation to honour the sacrifices of our young men and women and one that no other nation had ever experienced.
Each repatriation of a fallen soldier began with a formal valediction on the tarmac at the Kandahar Air Field (KAF) in Afghanistan. Many of us watched these ramp ceremonies on television but most Canadians don’t realize the ritual of the ramp ceremonies, as they became known, was the impetus of a Canadian warrant officer compelled to provide his soldiers with an opportunity to say farewell to their lost comrades. 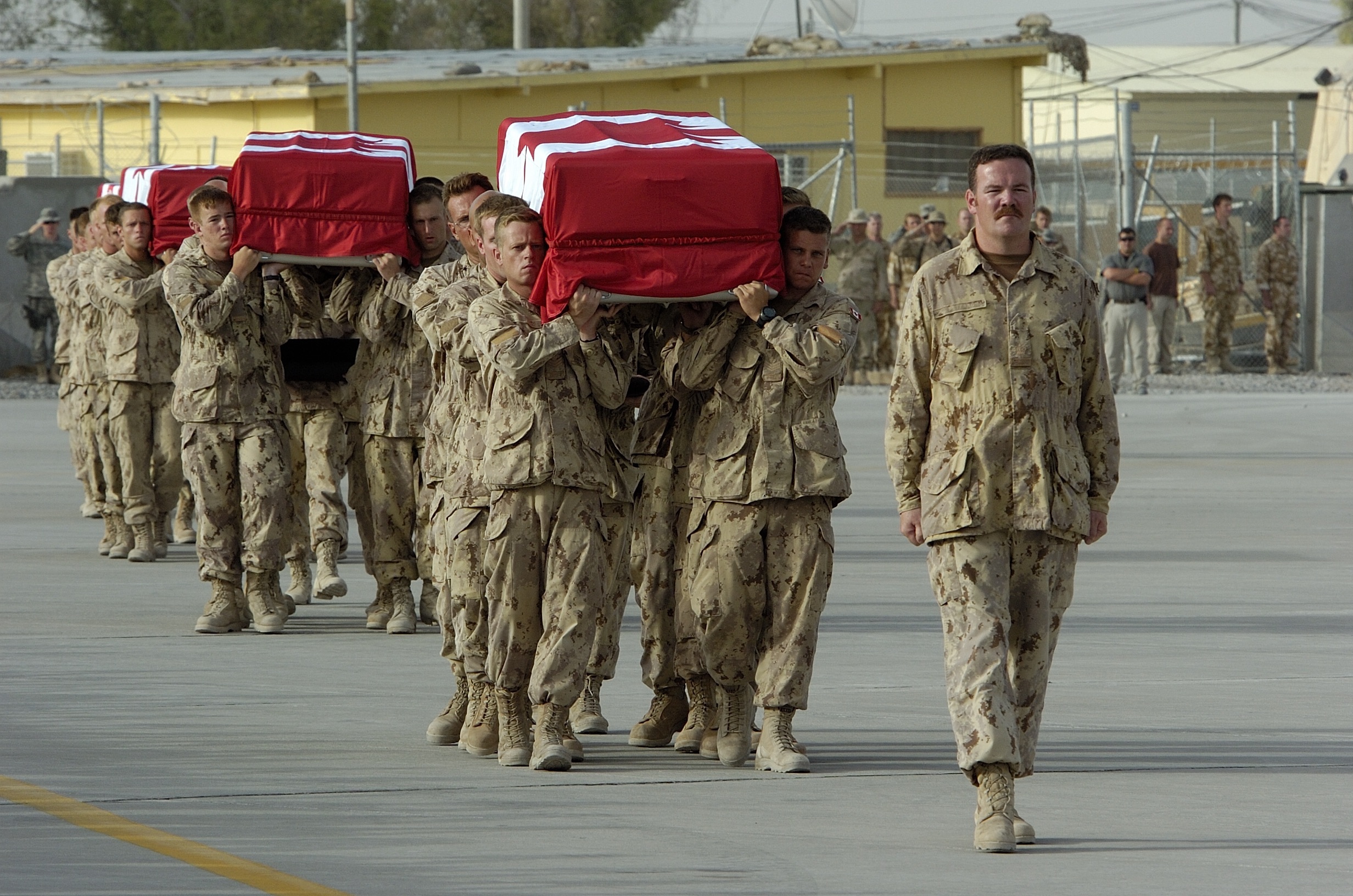 Ramp Ceremony
The story begins in 2002 after the first Canadian casualties at Tarnak Farms and extends through the entire course of the war in Afghanistan. Originally against American protocol, the ramp ceremony became the international standard at KAF for the repatriation of fallen soldiers.
This is an important story because the Ramp Ceremony and Highway of Heroes phenomenon precipitated an unprecedented outpouring of support from Canadians toward the Canadian Military and was a turning point in Canada's relationship with its Forces.

Karen Storwick & Robert Curtin
Karen Storwick has been dedicated to the preservation of Canadian History for over fifteen years. She has been involved in museums and galleries for over three decades and has received the Veteran’s Affairs Commendation and Meritorious Service Medal (Civil Division) for her work. Together with Robert Curtin, communications specialist applying digital technology to museums and educational environments, they have been developing this film concept since 2012. Two 3-minute trailers can be viewed here.
Karen and Robert have raised over $150,000.00 in partnership with the PPCLI Foundation to produce the film; any surplus funds raised will support Mental Health, Veterans, the Wounded and their families. Fund development will continue throughout 2020 with a goal to reach $250,000.00 to produce the feature film. Should you wish to support their project through a donation, please click here.
They will be in production throughout the summer with an estimated completion date of November 2020. Karen and Robert expect to distribute both 8- and 15-minute versions of the film throughout classrooms in Canada with the support of National Public Affairs through Veteran's Week programming in November 2021.
Special Travel International is proud to be supporting this initiative by Karen Storwick, our highly respected military historian.
Please check our website for details on Special Travel International’s future tours, including military history tours:
https://www.sticanada.com/
On the Horizon for 2022-23