May, a month of renewal and celebrations

The sun is warming, the birds are chirping, the flowers are blooming and the garden is growing. May is a month of transition; the natural world revives and reinvigorates after the colder winter months, and life is starting to seem a little more joyful day by day.
May takes its name from Maia – in Greek mythology, the eldest of the seven nymphs of the Pleiades. She was the daughter of Atlas, the Titan god, doomed to carry the weight of the world on his shoulders, and mother of the Olympian Hermes, messenger of the gods. Born on Mount Kyllini in Arcadia, where she lived alone in a cave, Maia was an Earth goddess, a nurturer, a mother, a nurse as well as a midwife, bringing new life into the world. Maia embodied the concept of fertility and growth. 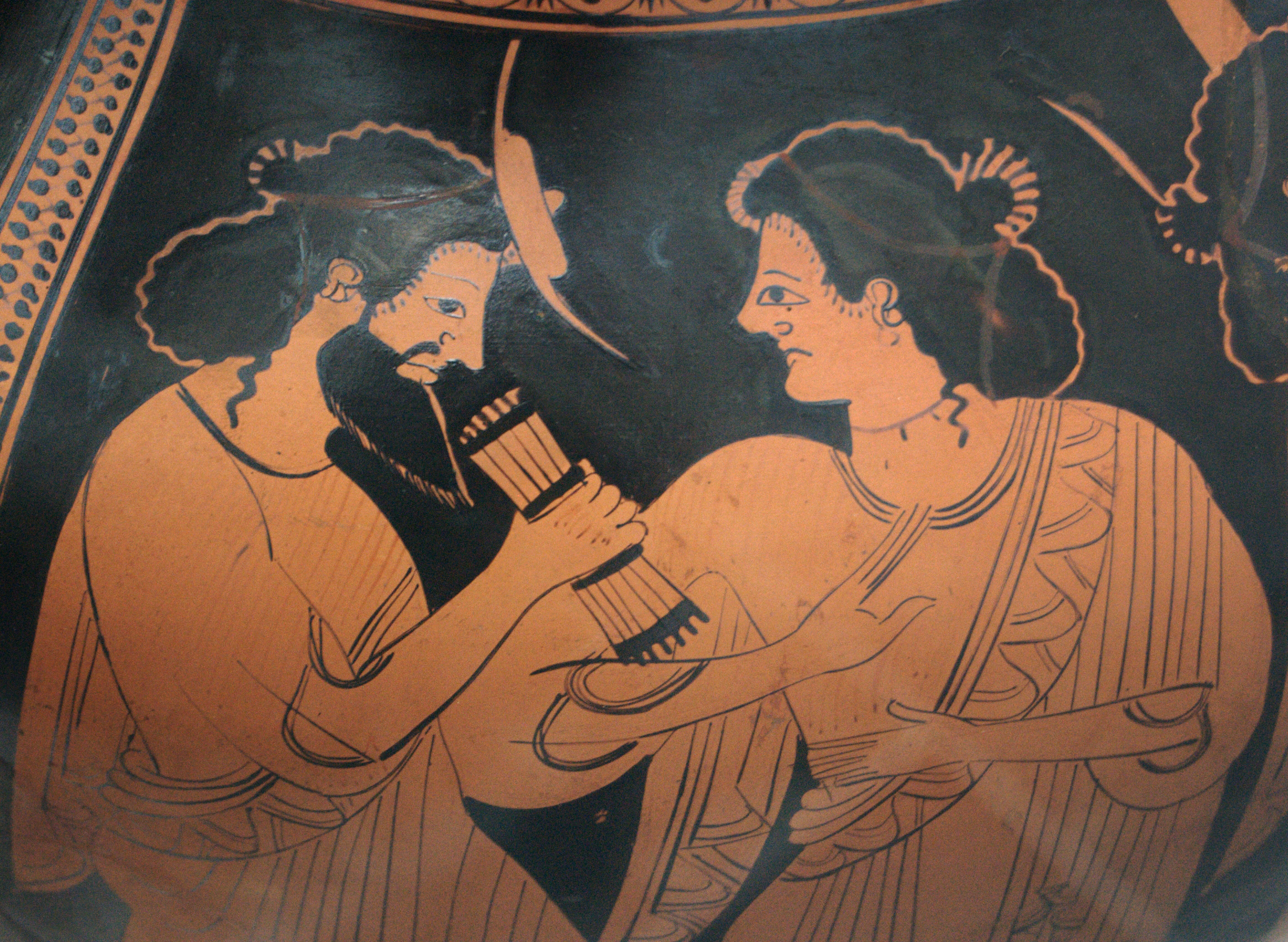 Hermes with his mother Maia - detail of an Attic red-figure belly-amphora, ca. 500 BC
Along with goddess Maia, the month of May was also a celebration of the reunion of Demeter, goddess of harvest, fertility and agriculture, with her virgin daughter, Persephone. Persephone returned to Earth after being kidnapped and held prisoner by Hades, god of the underworld. Demeter, demented by grief on the loss of her daughter, who was destined to live six months underground, and six months on Earth, cursed the earth, so that nothing would grow and land was left barren. These were the winter months, the months in which Persephone lived underground, but with the coming of May, and the return of her daughter, Demeter lifted the curse, and the land was reborn and bloomed.
Spring and the month of May have been celebrated in Greece since ancient times. One of the oldest celebrations was the Anthesteria, an ancient Greek flower festival, one of the four Athenian festivals in honour of Dionysus, the god of wine, where flowers were carried to various sanctuaries and temples.
According to tradition, the birthstone for May is the emerald, representing love and rebirth. Its birth flowers are the hawthorn flower, a symbol of hope, and the lily of the valley, representing the return of happiness and sweetness.
Notable celebrations in May
Since ancient times, the beginning of May has been celebrated as the coming of summer. Many countries in Europe and North America celebrate May Day on May 1 with dances around a maypole, a high wooden pole adorned with flowers.
In 1889, May Day was chosen as the date for International Workers’ Day by the socialists and communists of the Second International, as well as anarchists, labour activists, and leftists in general around the world, to commemorate the Haymarket affair in Chicago and the struggle for an eight-hour working day. International Workers’ Day is also called “May Day”, but it is a different celebration from the traditional May Day.
May 4 has become Star Wars Day. The date, stated as “May the fourth” sounds like the well-known phrase from Star Wars, “May the force be with you.” The sentence first appears in Star Wars in 1977: Episode IV – A New Hope; the characters say it to wish each other good luck. Two years after the movie was released, the Conservative Party in the United Kingdom congratulated their candidate, Margaret Thatcher, for being elected Prime Minister. On May 4, 1979, they published an ad in a newspaper saying, “May The Fourth Be With You, Maggie. Congratulations.” This might have been the beginning of May 4 as Star Wars Day.
Cinco de Mayo – May 5 – is observed in Mexico and in parts of North America; it celebrates the defeat of the French army during the Battle of Puebla in Mexico on May 5, 1862. Over time, it has evolved into a day of celebrating Mexican culture.
In North America, Mother's Day is celebrated every year on the second Sunday of May to honour motherhood and is observed in different forms throughout the world. Mother's Day was founded by Anna Jarvis who had given the idea of celebrating Mother's Day in honour of mothers and motherhood in 1907. Mother’s Day was recognized in 1914. Celebration of Queen Victoria's birthday in Toronto, 1854
Victoria Day celebrates the birthday of Queen Victoria, who was born on May 24, 1819. The holiday has been observed in Canada since at least 1845 and takes place on the penultimate Monday in May. Initially in honour of Queen Victoria's birthday, it has since been celebrated as the official birthday of Canada's sovereign. It is informally considered to be the beginning of the summer season in Canada.
On the last Monday of May, people in the United States remember and mourn the soldiers and military personnel who died in military service. It is tradition to visit cemeteries and memorials; some also place flags on the soldiers’ graves. Memorial Day is a federal holiday in the United States and seen as the start of the summer season.
Feel the excitement in the air and join a group of joyful like-minded travellers on Special Travel International’s upcoming tours:
https://www.sticanada.com/
On the Horizon for 2022-23