Hilltop Villages in the Italian Landscape

Perched precariously on top of high rocky hills, the beautiful hill towns of Italy offer incredible views of the surrounding landscape.
Many of the hill towns were originally built by the Etruscans, the precursors to the Romans. The Etruscan civilization existed here from before 800 BC. They were successful traders and builders, and often built their cities on steep promontories to be easily defended from invaders. They were, however, eventually absorbed into the Roman Empire. In the Middle Ages, earthworks and stone and wooden palisades were typically replaced with massive stone and masonry walls, sturdy gates and watch towers – providing natural defenses against attack from invaders, and further preserving their history.
In the second half of the 20th century, many of Italy's lesser-known hill towns, especially those located outside Tuscany and Umbria, experienced steep population declines as their residents left for urban centres. In recent years, this trend has reversed with a deepening appreciation of Italian hill towns and interest in their preservation. Today, exploring these towns means ducking behind high stone walls and wandering through narrow cobblestone streets that look virtually unchanged since Medieval times.
The epitome of a Tuscan hill town, San Gimignano is known for its fascinating medieval architecture and towers that rise above of all the other buildings offering an impressive view of the city from the surrounding valley. At the height of its glory, San Gimignano's patrician families had built around 72 tower-houses as symbols of their wealth and power. Although only 14 have survived, San Gimignano still retains its feudal atmosphere and appearance, and is now a UNESCO World Heritage Site. 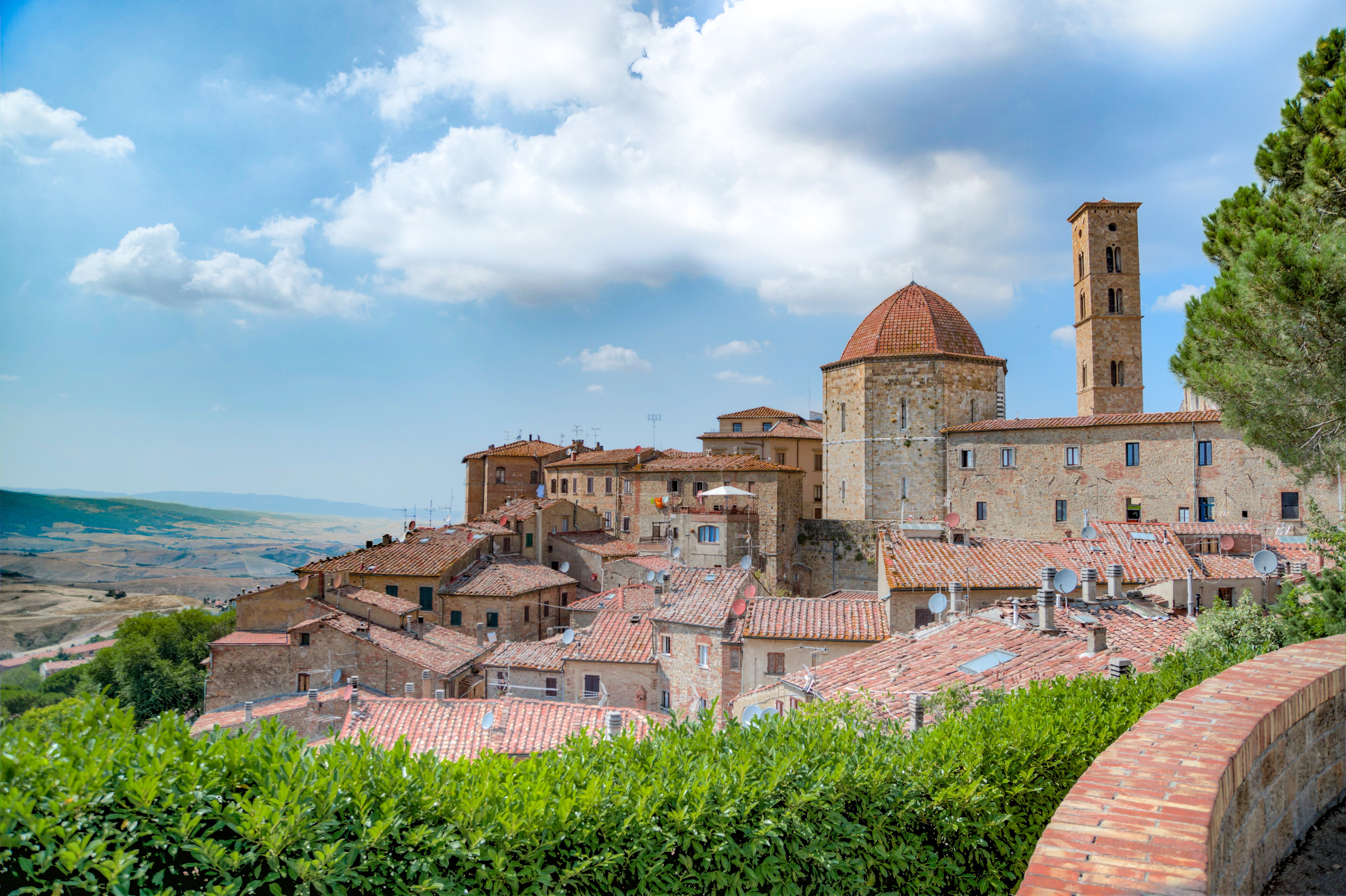 Volterra
The charming town of Volterra is slightly off the beaten path and is surrounded by thick walls and hills. Clinging to the highland ridges of western Tuscany, its long Etruscan history affords interesting sightseeing, including the well-preserved Porta dell'Arco and Porta Diana, two gates for entering the city, as well as the Acropolis that houses several buildings and the foundations of two ancient temples. Volterra’s historic centre, with its ubiquitous basilicas, cobblestone streets, crumbling gateways and red-tiled roofs, is a must see. 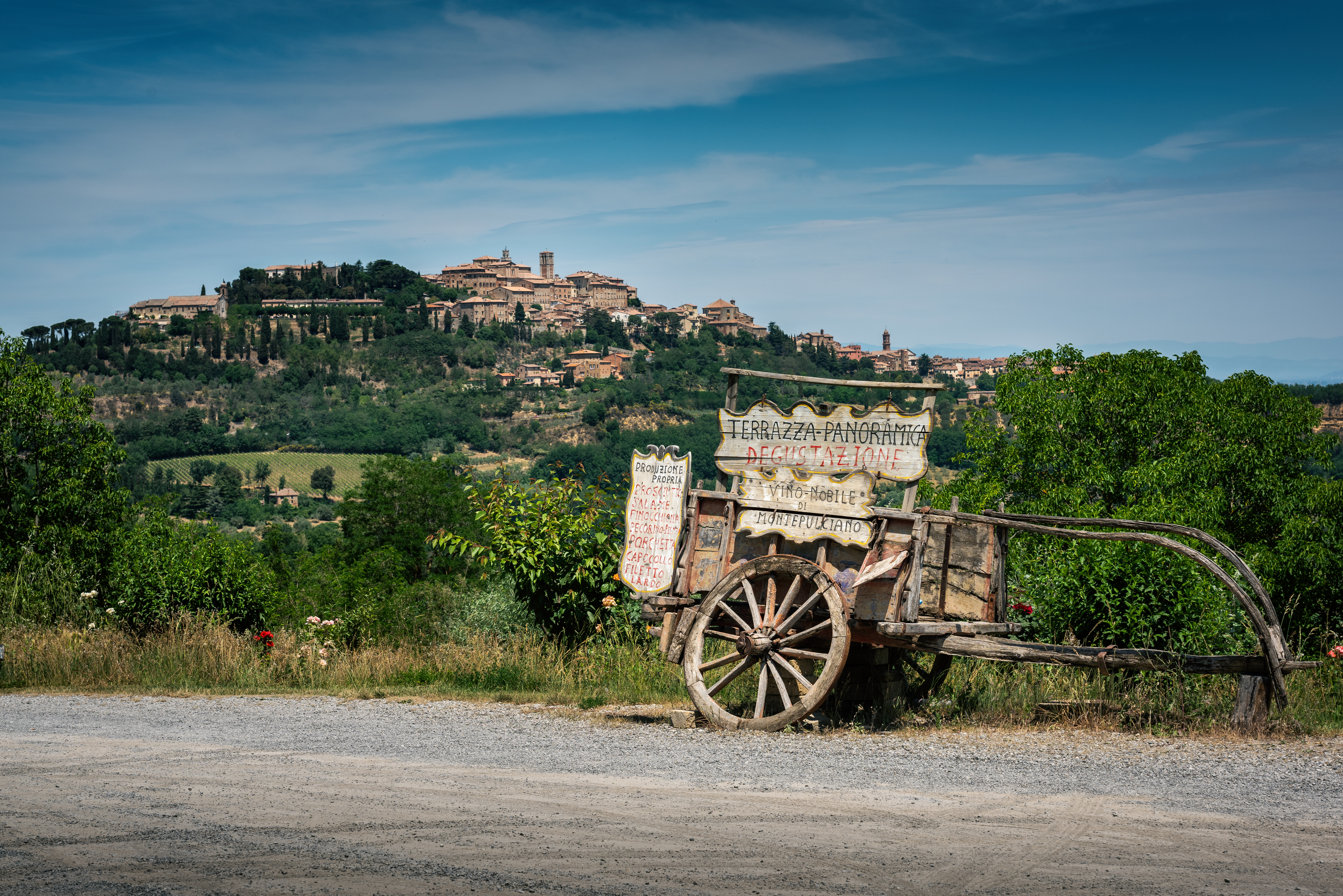 Montepulciano © Merlijn Hoek
Standing on a limestone hill, 605 metres above sea level, Montepulciano is often called the “jewel of the 1500s” due to its impressive Renaissance art and architecture. So genuine is its architecture, that no major building work has happened here since 1580. At the heart of the town is Piazza Grande where you can admire the Duomo and enjoy a glass of local Vino Nobile, considered one of Italy’s best wines. 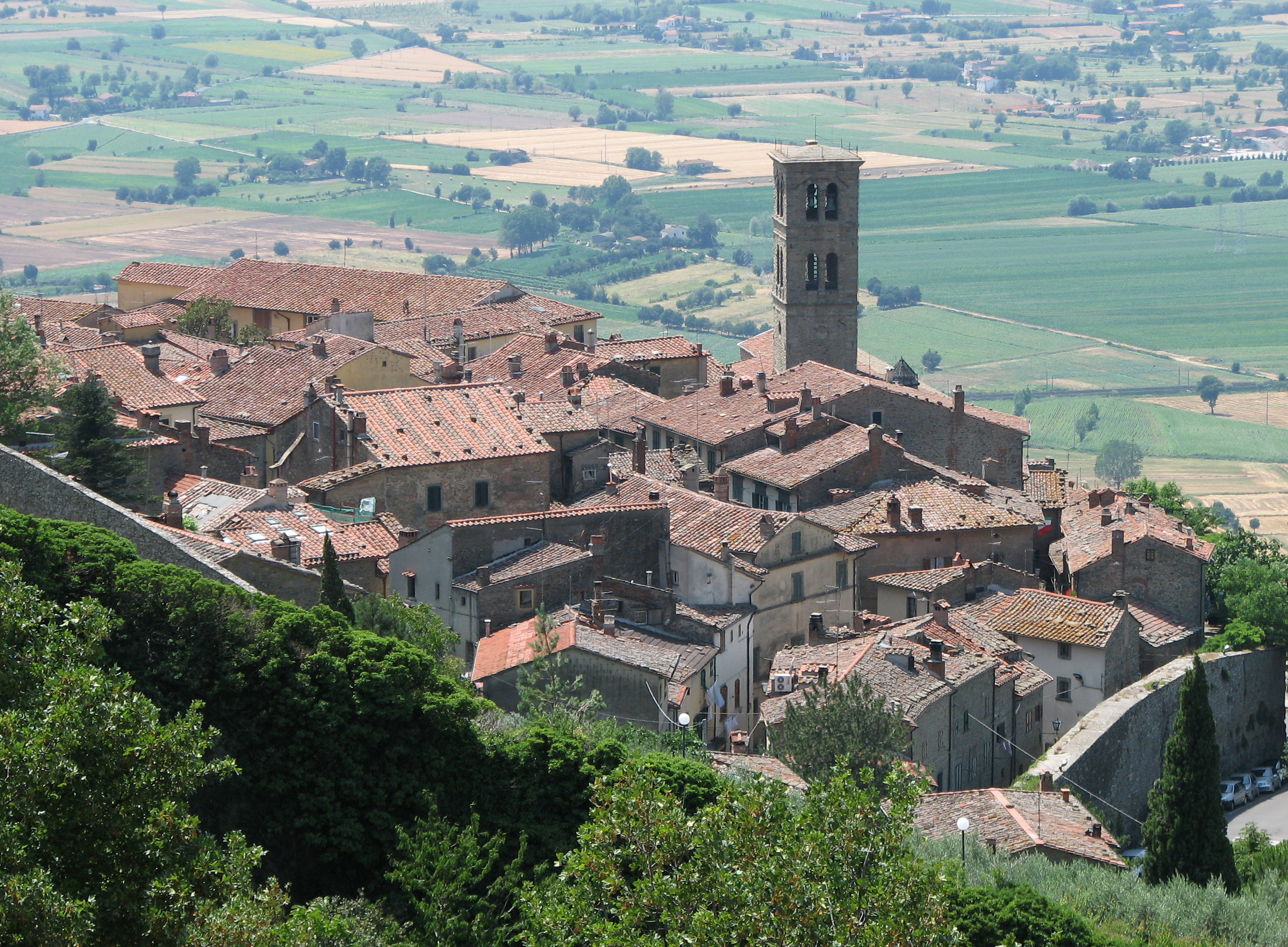 Cortona © Patrick Denker
The ancient jewel of Tuscany, Cortona, is more than 2,700 years-old. When Frances Mayes wrote Under the Tuscan Sun, little did she realize that her description of the paradise of Cortona would make it so popular she would feel the need to escape. Sitting at about 600 metres above sea level, Cortona offers glorious views over the surrounding valley and Lake Trasimeno. Although small, the town is packed with interesting sites to visit, jaw-dropping views, delicious restaurants and independent shops. In the winding alleyways, swinging washing lines give way to hanging baskets full of roses and sage. 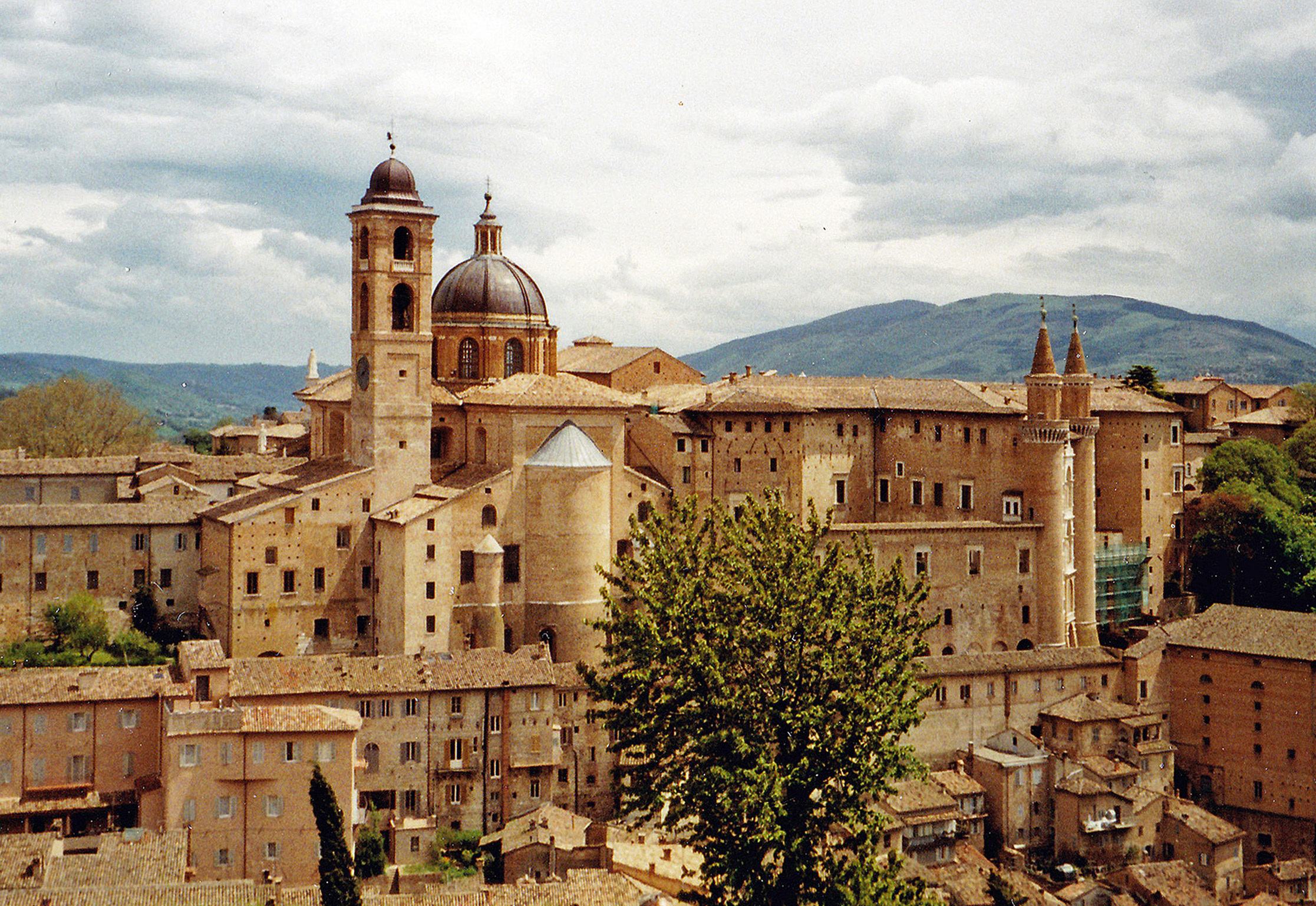 Urbino © SchiDD
UNESCO-listed Urbino, birthplace of the painter and architect Raphael, is the hilltop heart of the Renaissance. Its immaculate centro storico appears to have changed little since the 15th century when it enjoyed a golden age under the powerful Duca Federico da Montefeltro, one of the giants of the Italian Renaissance. Under his influential stewardship, Urbino became a thriving centre of the arts, drawing the great artists, architects and scholars of the day. The town is a maze of tiny, steep alleys with harmonious architecture and great vistas. 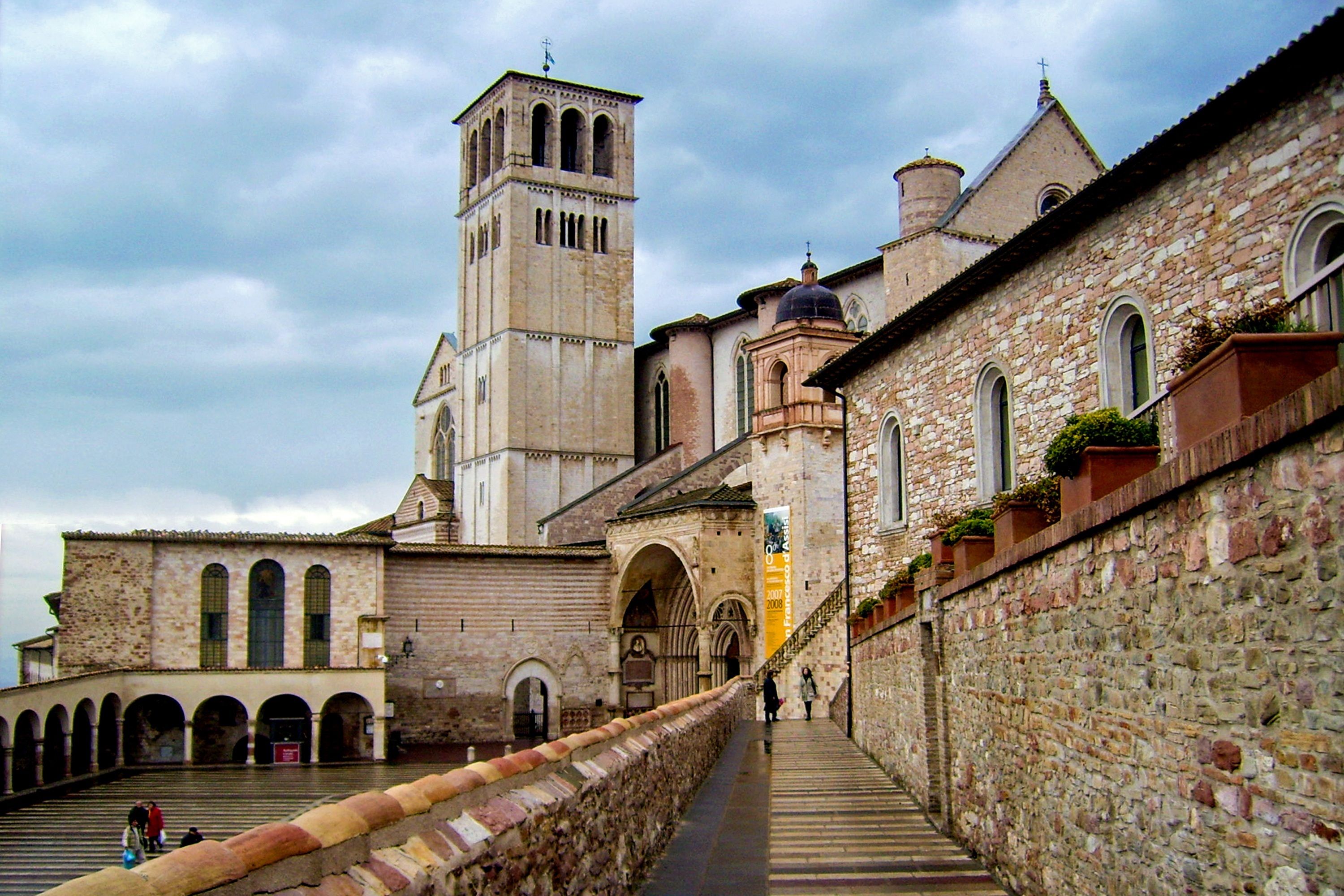 Basilica of Saint Francis of Assisi © APT Umbria
St. Francis founded the Franciscan religious order in Assisi in the 13th century and is one of the patron saints of Italy. The Basilica of Saint Francis of Assisi is one of the most memorable sights when approaching this hilltop town. Though it was struck by two earthquakes in 1997, the church, which is actually two separate churches in one, survived. The upper portion boasts an Italian Gothic style and the lower is darker, with vaulted ceilings. Both levels are adorned with frescoes by prominent late-medieval painters, such as Pietro Lorenzetti. In fact, its art and architecture are so exquisite that it has been designated a UNESCO World Heritage site. 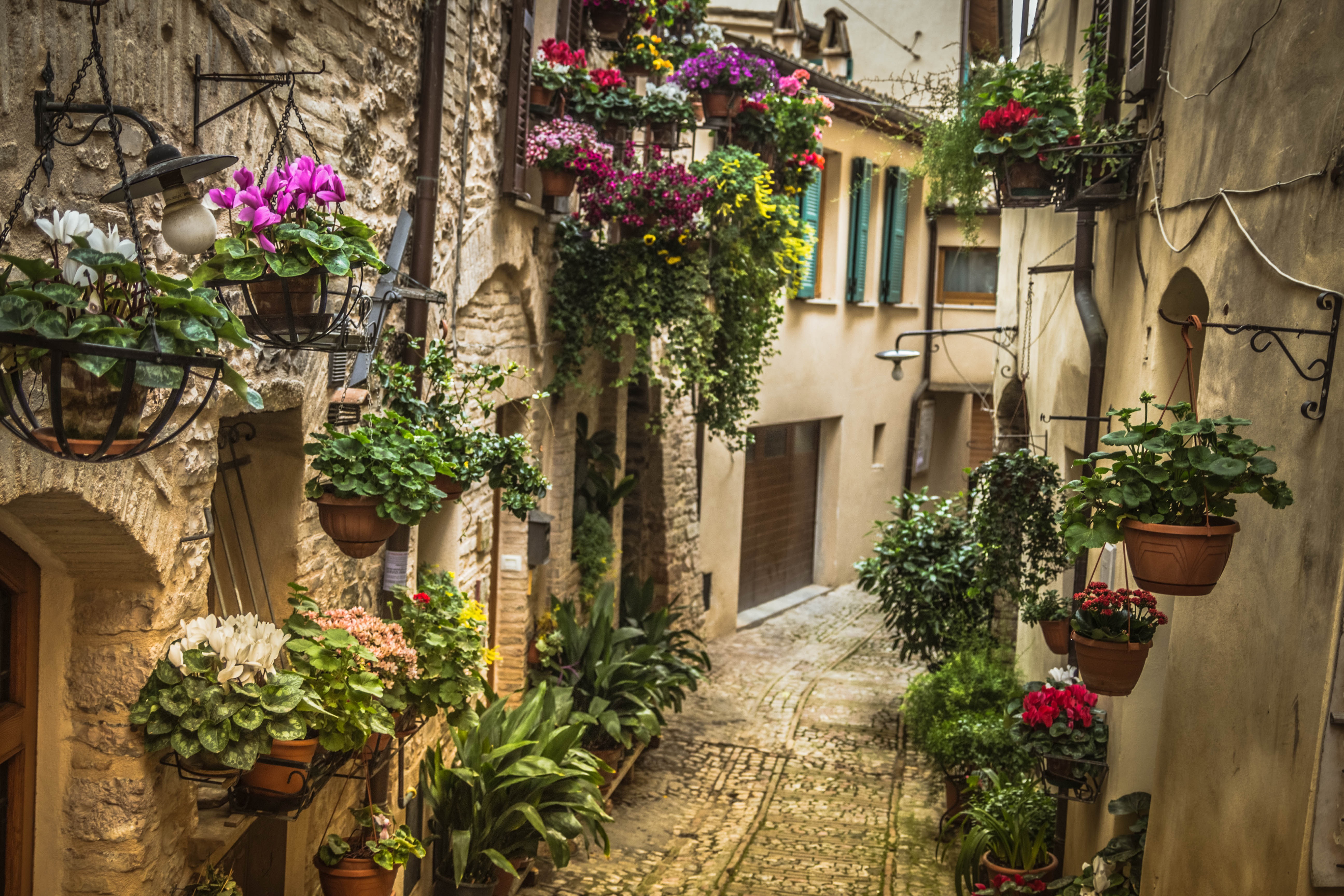 Spello
From the gates and arches to the ruins of a Roman amphitheater, remnants of Spello’s days as a Roman colony in the 1st century BC can be found everywhere. The residents here love their flowers, indulging in good-natured competition with neighbours about whose flower-bedecked stone home and property is most beautiful. On the ninth Sunday after Easter, folks work all night to make more than 60 carpets made of posies for the Corpus Domini feast. The most ambitious among them craft replicas of religious artwork using only the petals and seeds. 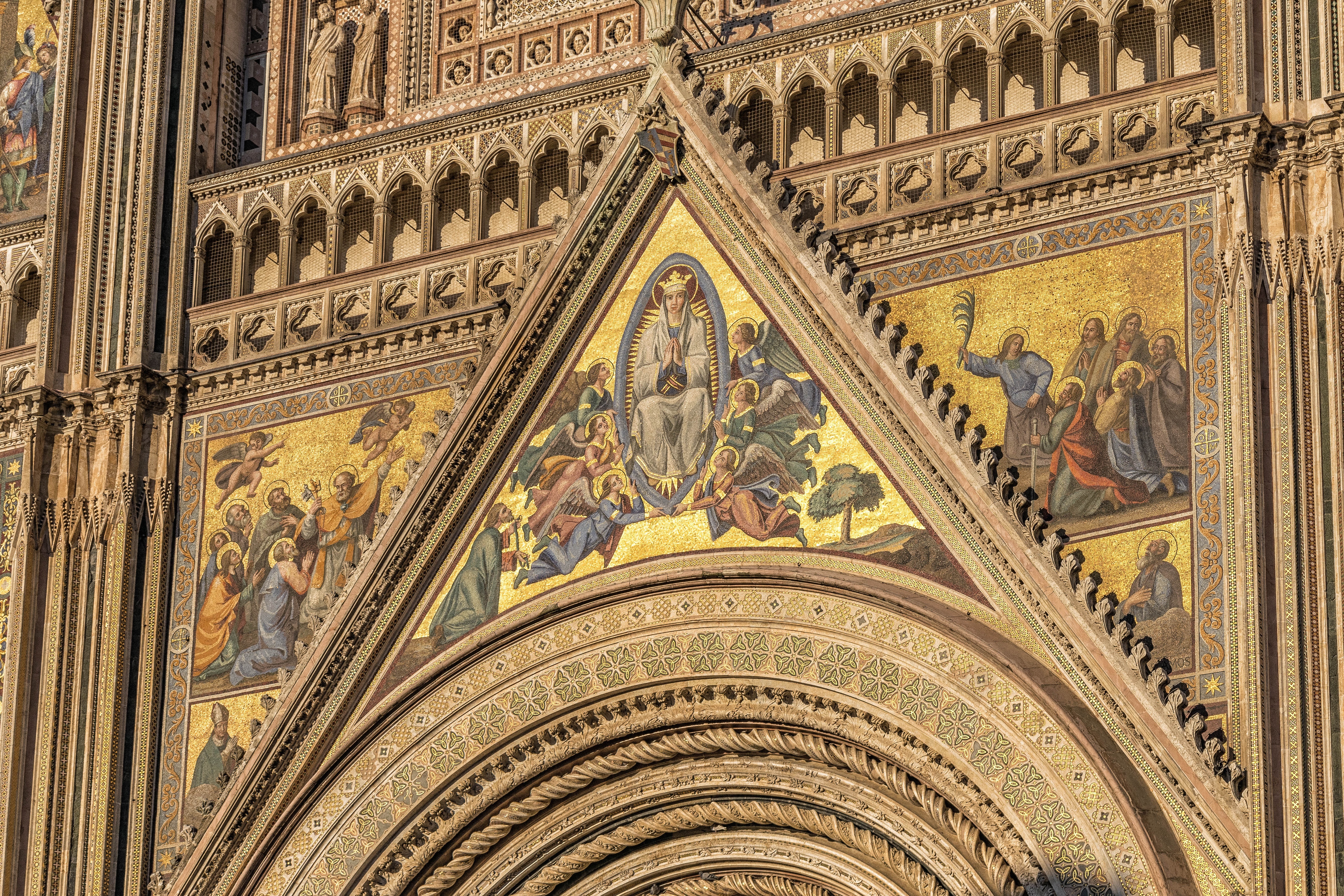 Orvieto cathedral
Not just on a hill but a cliff, the other-worldly place of Orvieto sits atop a volcanic tuff, with walls built at the edges of the abyss that surrounds it on all sides. The tiny, twisting lanes lined with modest stone houses and churches seem almost out of place in the shadow of the imposing Duomo. According to legend, the Luca Signorelli fresco of The Last Judgement in the San Brizio Chapel inspired portions of Michelangelo’s work on the Sistine Chapel. 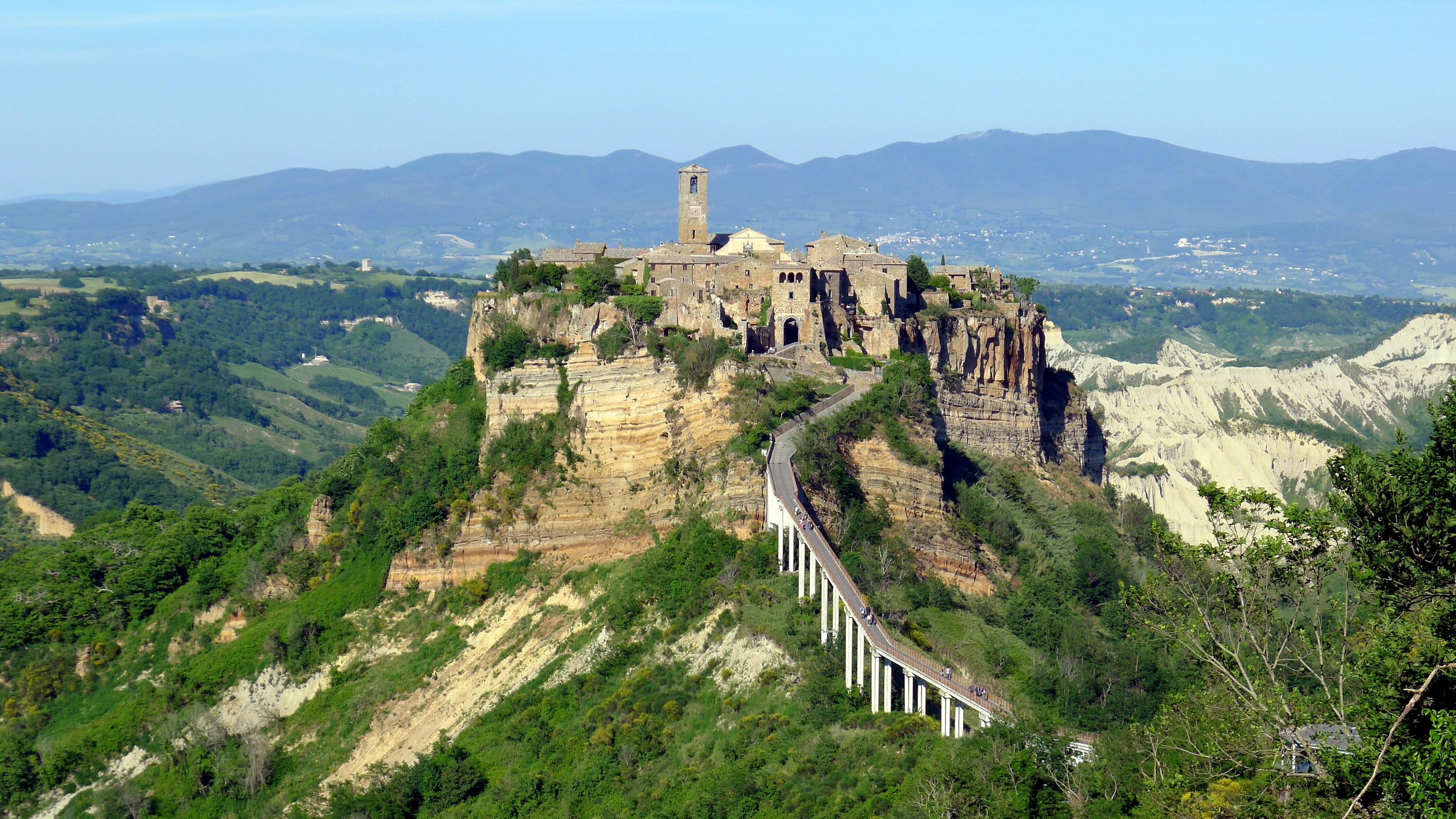 Civita di Bagnoregio
Founded by the Etruscans 2,500 years ago atop a volcanic rock above the river Tiber, Civita di Bagnoregio has not surrendered to modern civilization thanks to its isolation. Civita is largely abandoned, with fewer than 15 residents, partly due to the fact that it is eroding at a relatively fast rate. Thankfully, it has seen a resurgence of tourism with visitors drawn to the whitewashed 16th-century Romanesque Church of San Donato in the main piazza, and has been brought back to life. 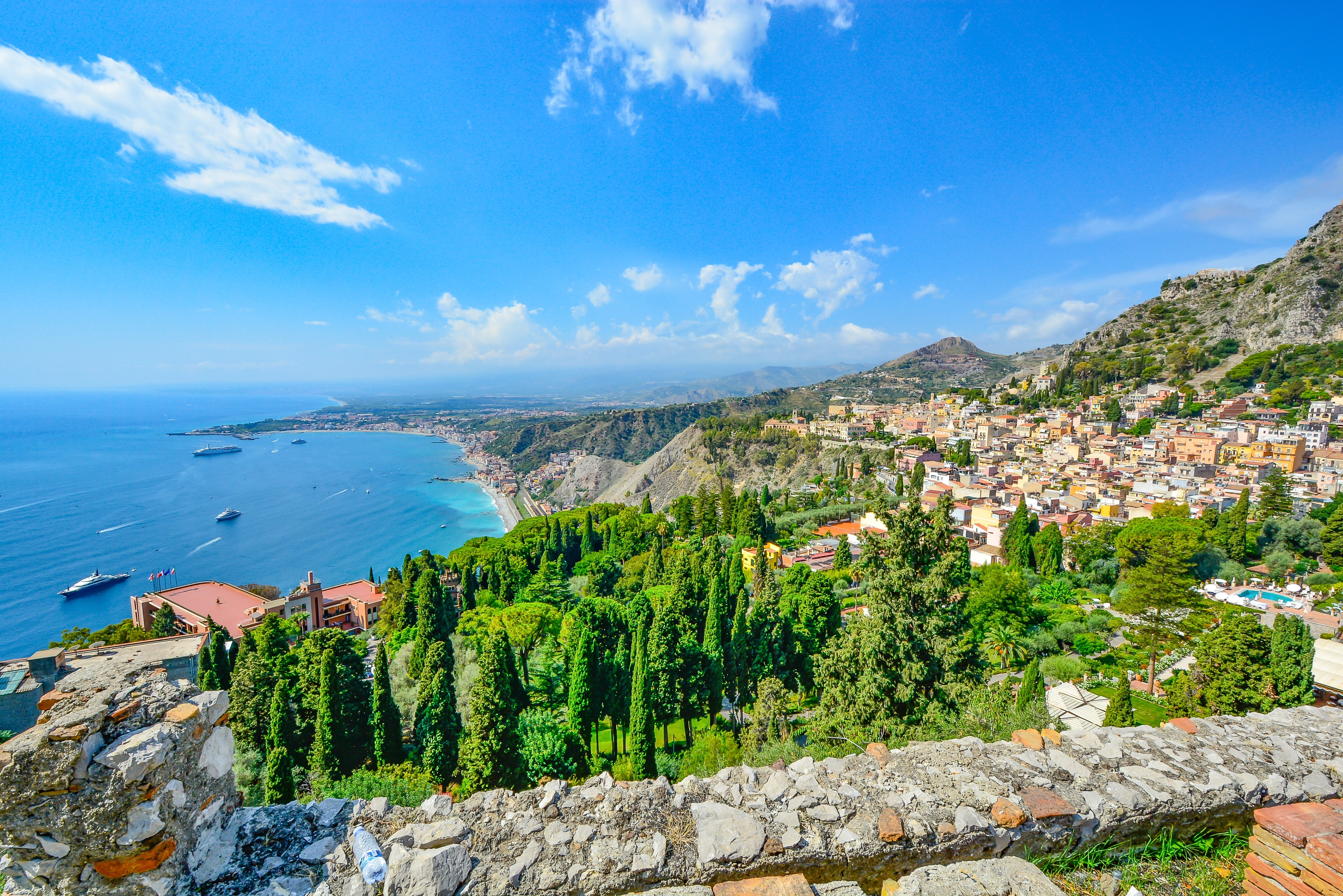 Taormina
Built on a hill overlooking the Mediterranean Sea, the town of Taormina is a mix of ancient ruins, spectacular views and the Sicilian way of life. The view is incredible – the destination encompasses the Ionian coast, as well as the Mediterranean and Mount Etna volcano. The 3rd-century Greek amphitheater is well preserved and among the largest in Italy, hosting opera and other performances in the summer.
Discover several of the Italian hilltop villages mentioned above on Special Travel International’s upcoming tour:
Italian Vistas (September 16/20–October 2, 2022)
On the Horizon for 2022-23