Guinness World Records From The World Of Travel

Most produced commercial jet aircraft model
In March 2018, Boeing celebrated the 10,000th B737 aircraft to come off its production line. The feat that led Guinness World Records to recognize the aircraft as the most produced commercial jet in the world – an accolade the aircraft had previously received in 2006 when the 5,000th model rolled out of Boeing’s Renton, WA factory. The aircraft in question was one of the manufacturer’s new B737 Max 8 aircraft that was delivered to U.S. carrier, Southwest Airlines. By way of comparison, in 2016 rival manufacturer Airbus celebrated the delivery of 10,000 aircraft in total.
Fastest time to visit all seven continents
In February 2018, travellers Julie Berry and Lasey Stewart teamed up to break the record for visiting every continent, stopping off at Sydney, Dubai, Cairo, Frankfurt, Toronto, Santiago, Punta Arenas and Antarctica. Overall, they managed to complete their journey in 92hr 04min 19sec – nearly a full day later than their initial 72-hour goal, but an impressive feat regardless. The longest flight on their itinerary lasted 14hr 45min and was their first flight from Sydney to Dubai, while their longest layover was in Santiago where they spent 6hr 05min. They spent an average of three to six hours on each continent, and although the trip was speedy, they packed in seeing the Pyramids of Gaza, sampling beer in Frankfurt and peering out at the Toronto cityscape from the CN Tower.
Most air miles flown by a passenger
UK-based traveller Frederick Finn claimed this title all the way back in June 2003 after racking up 13.9 million miles via regular commutes between London and New Jersey, U.S. It is hardly surprising that with that many miles accrued; Finn also holds the record for most number of flights as a supersonic passenger having made 714 Atlantic crossings on the now defunct Concorde.
Tallest hotel
This award went to the 75-storey Gevora Hotel in 2018 when it supplanted former title-holder the JW Marriott Marquis, also located in Dubai. Measuring up to a height of 356.33 metres (1,169 feet) from the ground level to the very top, the hotel consists of 75 floors with a total of 528 rooms.
Oldest active pilot ever
It is rather fitting that the oldest pilot ever to have lived was likely among the first people ever to fly an aircraft. The American Cole Kugel was born on March 14, 1902, one year before the legendary Wright Brothers took to the skies. He earned his pilot’s licence in 1945 and kept flying until his last flight in 2007, aged 105. Kugel passed away that same year from natural causes at his home in Longmont, Colorado. 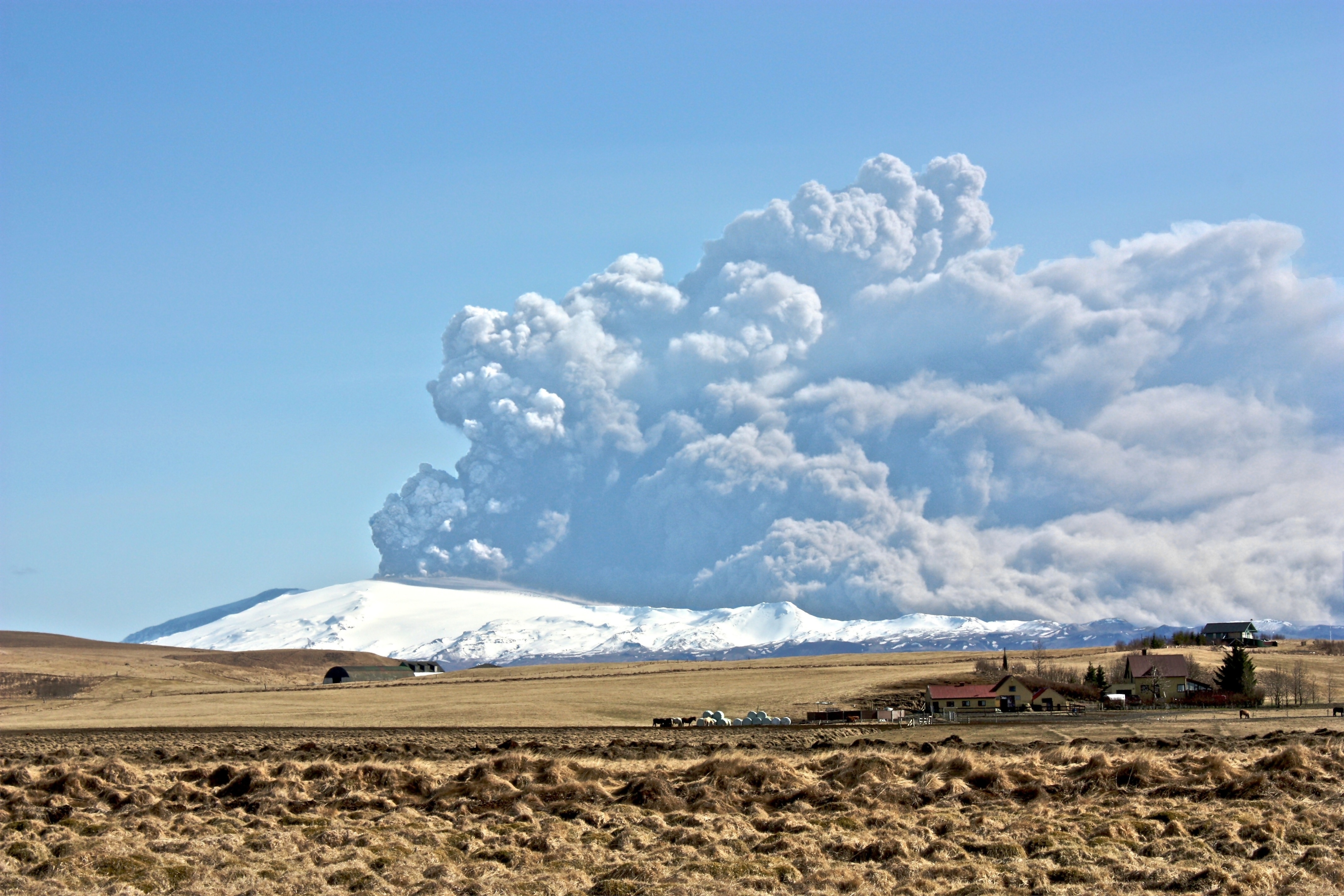 2010 eruption at Eyjafjallajökull, Iceland © Bjarki Sigursveinsson
Biggest climatic disruption to air travel
On April 14, the erupting Eyjafjallajökull volcano on Iceland began a highly explosive phase of activity, ejecting fine ash more than 8 km into the atmosphere. The ash cloud was carried by the jet stream toward Europe and, until April 21, 313 airports were closed, around 100,000 flights were cancelled and some 7 million people were stranded. The disruption is estimated to have cost the airline industry $2.2 billion.
First band to play on seven continents
The famous rock band Metallica became the first band in history to perform on seven continents in 2013 when they played a concert in Antarctica. The audience included 120 scientists and competition winners. The concert took place in a transparent dome at Carlini Station. In fact, the band played in all seven continents in one year.
Longest birthday
We all want our birthday to last forever. While American resident Paul Morgan did not accomplish that, he did manage to make it a little longer – 48 hours, to be exact. Morgan flew from Apia to Auckland to Los Angeles, finally landing at Kauai, Hawaii, to make the most of distinct time zones. He accomplished this on his 28th birthday on February 3, 2018.
Country with the most official languages
Zimbabwe’s 16 languages were officially recognized by Guinness World Records in 2013, consisting of Chewa, Chibarwe, English, Kalanga, Koi-san, Nambya, Ndau, Ndebele, Shangani, Shona, sign language, Sotho, Tonga, Tswana, Venda and Xhosa. The key here is how official languages are defined. According to the record keepers, they use the definition described by the Organization for Economic Co-operation and Development: “A language that has legal status in a particular legally constituted political entity and that serves as a language of administration”, though relating specifically to the country as a whole. India, for instance, has 18 languages that are recognized by the country’s constitution as official languages, however each of these is the official language of particular areas. Only Hindi is considered the overall official national language – it is the language of all central government decrees – while English is technically considered a “second language”.
Fastest time to travel to all seven continents
Dr. Khawla AlRomaithi managed to break the record for the fastest time to travel to all seven continents. The doctor, mother and Abu Dhabi resident set off on a journey around the world, completing it in 3 days, 14hr 46min 48sec. Her trip ended in Sydney, Australia, on February 13, 2020. During her epic journey, AlRomaithi visited 208 countries and dependent territories.
While travelling has been put on hold in 2020, why not create your own interactive visited countries map, and start thinking of your next journey?
Please check our website for details on Special Travel International’s future tours:
https://www.sticanada.com/
On the Horizon for 2022-23