Masks have been one of the most sacred objects for many civilizations throughout history. They are as extraordinarily varied in appearance as they are in function or meaning. Masks were primarily associated with ceremonies of religious and social significance or with funerary customs, fertility rites or curing sickness. Other masks are used on festive occasions or to portray characters in a dramatic performance and in re-enactments of mythological events. They can also be used for warfare and as protective devices.
Masks have been used since the dawn of time. They have held different spiritual significance and had different purposes to man, depending on the era. A mask can reveal a lot about different civilizations in history; they can tell you if those wearing them were reckless or feared, aggressive or friendly, and even inform you about their ethics and morality.
African masks
In West Africa, masks have always played an important role in rituals and religious ceremonies enacted to communicate with spirits and ancestors. Some African tribes also believe that animal masks can help them communicate with the spirits who live in forests or open savannas.
The masks are usually carved with an extraordinary skill and variety by artists who will usually have received their training as an apprentice to a master carver – frequently it is a tradition that has been passed down within a family through many generations. Such an artist holds a respected position in tribal society because of the work that he or she creates, embodying not only complex craft techniques but also spiritual/social and symbolic knowledge.
Oceania masks
The variety and beauty of the masks of Melanesia are almost as highly developed as in Africa. It is a culture where ancestor worship is dominant and religious ceremonies are devoted to ancestors. Inevitably, many of the mask types relate to use in these ceremonies and are linked with the activities of secret societies. The mask is regarded as an instrument of revelation, giving form to the sacred. This is often accomplished by linking the mask to an ancestral presence and thus bringing the past into the present.
As a culture of scattered islands and peninsulars, Melanesian mask forms have developed in a highly diversified fashion, with a great deal of variety in their construction and aesthetic. In Papua New Guinea, six-metre-high totem masks are placed to protect the living from spirits; whereas the duk-duk and tubuan masks of New Guinea are used to enforce social codes by intimidation. They are conical masks, made from cane and leaves. 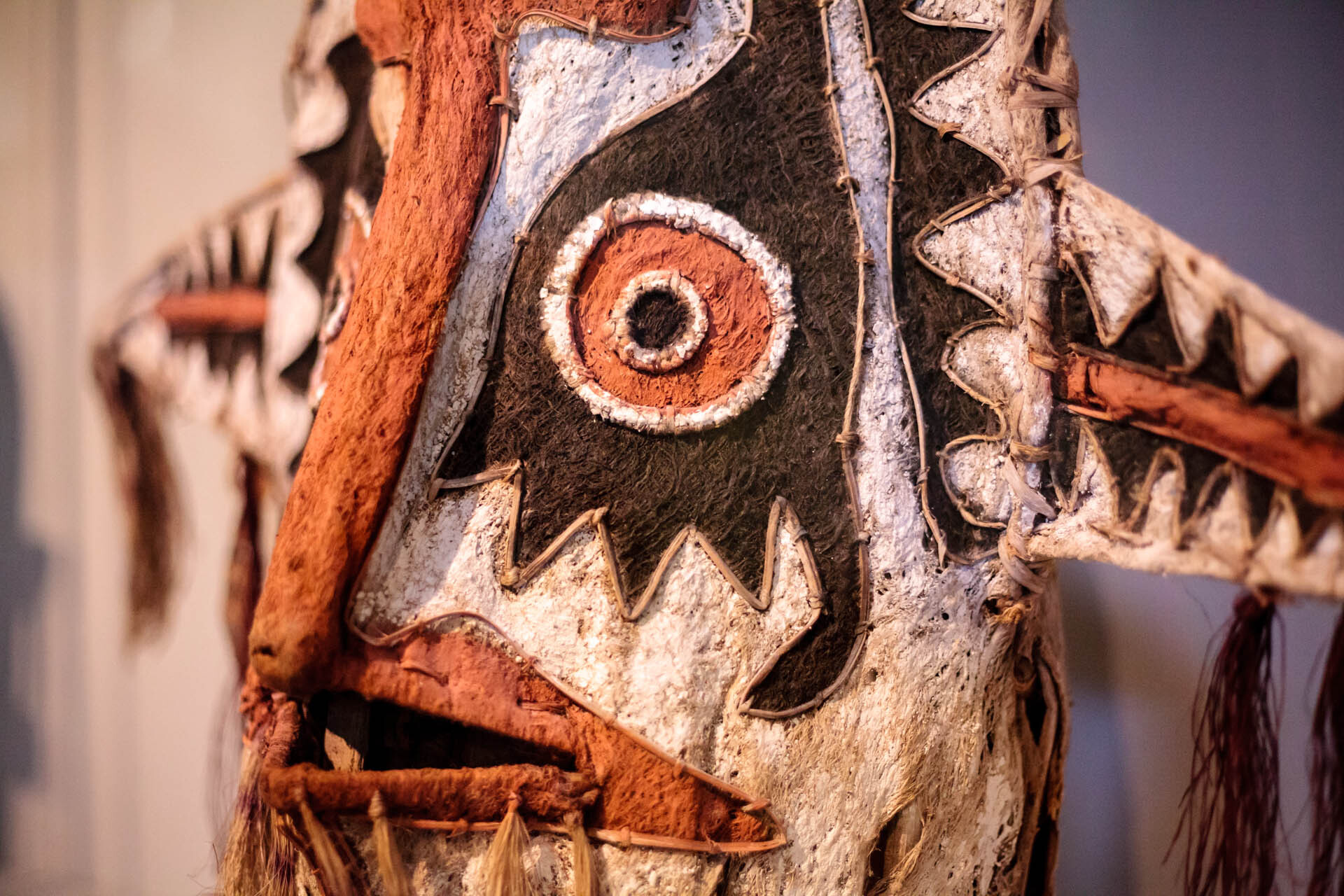 Papua New Guinea mask © Darren Puttock
Native American masks
Pacific Northwest Coastal indigenous groups were highly skilled woodworkers. Their masks were often masterpieces of carving, sometimes with movable jaws, or a mask within a mask, and parts moved by pulling cords. The carving of masks was an important feature of woodcraft, along with many other features that often combined the utilitarian with the symbolic, such as shields, canoes, poles and houses.
Today, masks often represent spirit creatures, animals and myths. When used in the Potlatch or other West Coast Native ceremonies, dancers take on the personification of the creatures that the masks represent and enter the supernatural world during the dance. A West Coast native transformation mask often represents the transformation of a human to a mythical creature or animal and vice versa. 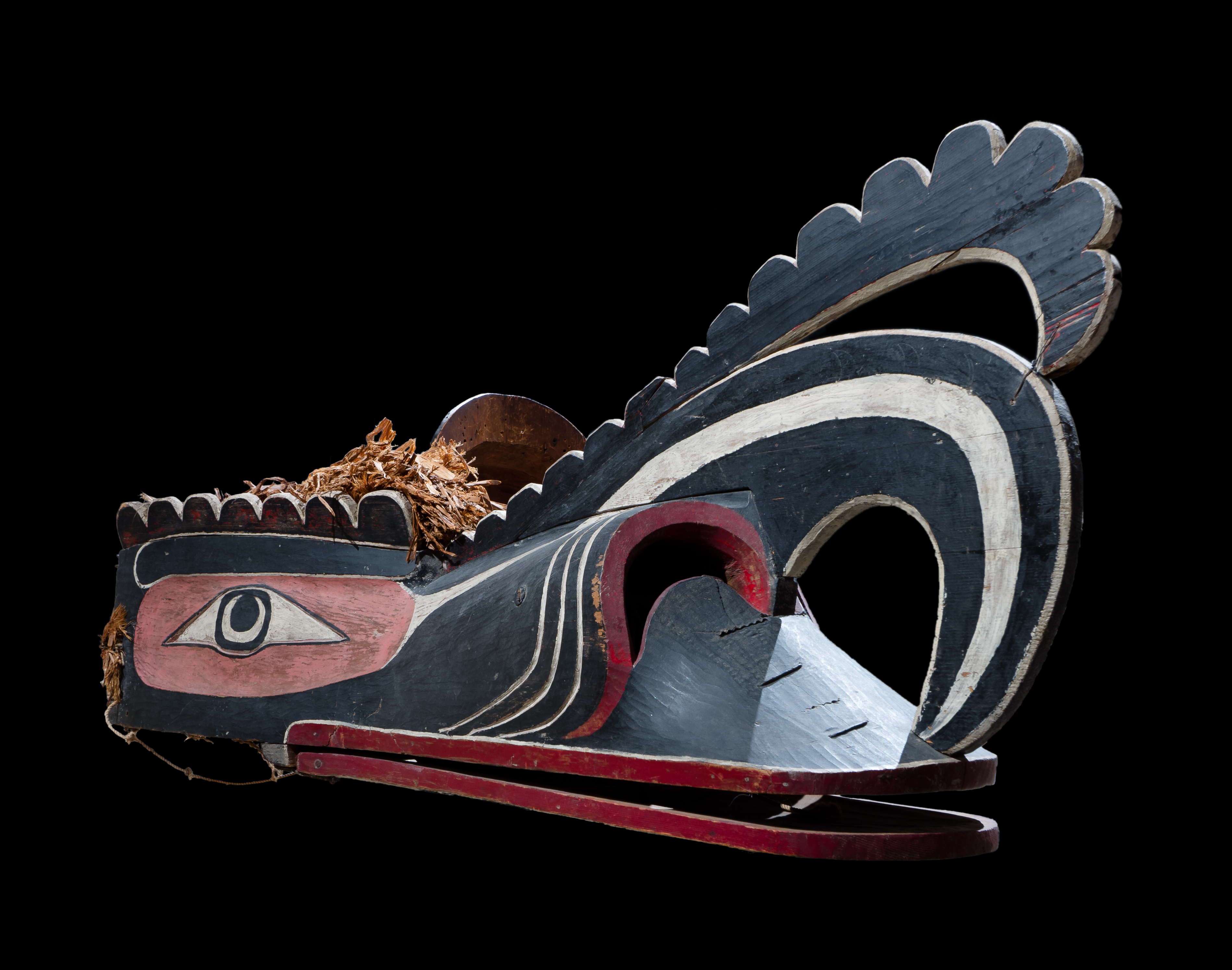 Crooked Beak of Heaven mask © PierreSelim
Pre-Columbian masks
The pre-Columbian masks represented devils and gods and were used as a way of communicating with the afterlife. They were considered a very valuable object as they were also used as an offering to the gods. The Aztecs used them mostly in public events, religious ceremonies and during battles in local wars. Human skulls were prized as war trophies, and skull masks were not uncommon.
In the Andes, masks were used to dress the faces of the dead. These were originally made of fabric, but later burial masks were sometimes made of beaten copper or gold, and occasionally of clay.
In post-colonial Latin America, pre-Columbian traditions merged with Christian rituals, and syncretic masquerades and ceremonies, such as the Day of the Dead developed, despite efforts of the Church to stamp out the indigenous traditions. Masks remain an important feature of popular carnivals and religious dances, such as The Dance of the Moors and Christians.
Mexico, in particular, retains a great deal of creativity in the production of masks, encouraged by collectors. Wrestling matches, where it is common for the participants to wear masks, are very popular, and many of the wrestlers can be considered folk heroes. The popular wrestler El Santo continued wearing his mask after retirement, revealed his face briefly only in old age, and was buried wearing his silver mask.
Egyptian masks
In Egypt, most of the masks had a funerary use. They were designed to cover the faces of the deceased and prepare them for life after death. Gold masks were reserved for the pharaohs.
Masks were also used to represent the gods in sacred ceremonies. Horus was represented by a hawk and Anubis by a jackal. These masks have been the key to understanding the scale of beliefs in ancient Egypt.

Mask of Tutankhamun © Tarek Heikal
Greek masks
While earlier civilizations used masks for sacred rites, rituals, and to connect with the afterlife, the Greeks and the Romans wore masks for theatrical purposes. They were the first society to wear masks that covered their entire heads and would also add false wigs, ears and noses. Masks were mainly used in plays and brought them closer to the appearance of the character they were trying to portray. This was the earliest form of special effects in history.
There were three styles of masks in theatre. The comic masks were often crude and exaggerated the features of the face. The satirical masks were more fantastical, mixing animal elements and human features. Tragic masks depicted love, loss, and gave a touch of reality with flashes of beauty, that would allow people to feel empathy. 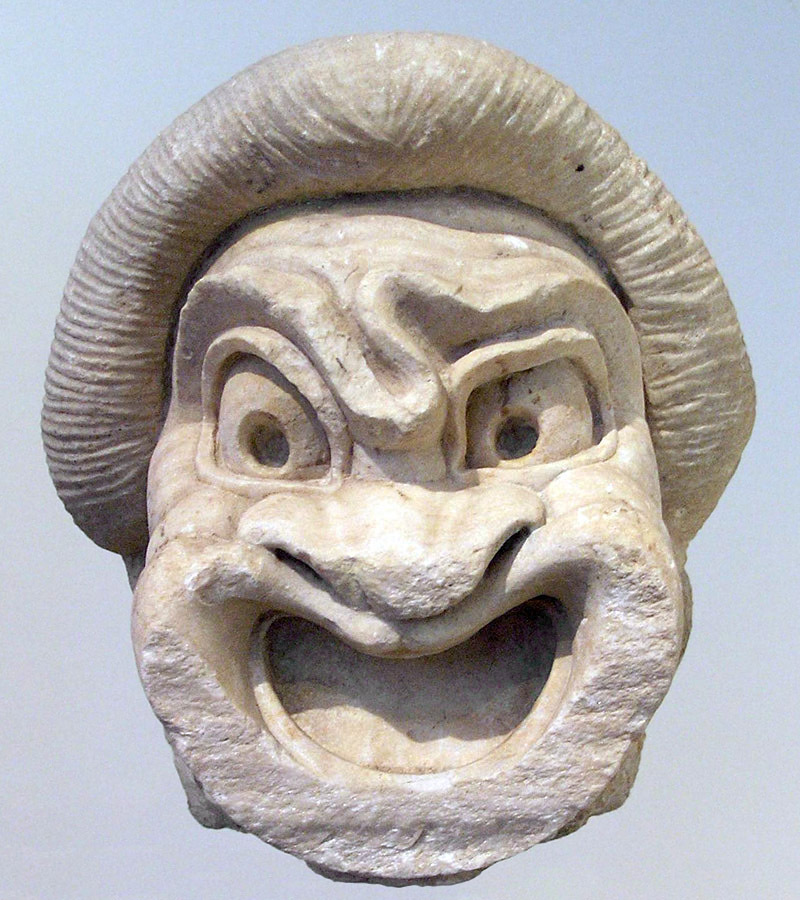 First Slave theatre mask, New Comedy, 2nd century BC © Marsyas
Venetian masks
The tradition of the mask started in the 13th century when Venetians would hold celebrations and parties from December 26 until the start of Lent, and wear elaborate masks to conceal their identity. These parties were the only time when the lower and upper classes mingled together. Aristocrats and peasants, disguised by their masks, indulged in illicit activities like gambling, clandestine affairs, political assassination, dancing and partying the night away. The rise of the Venetian masks transgressed the carnival and became part of numerous events unrelated to carnivals, such as political meetings or theatre.
During the French conquest and Austrian occupation, the wearing of masks was forbidden. The tradition resurfaced in 1979. The Carnival of Venice laid the foundations for many of the mask-wearing traditions around the world today. 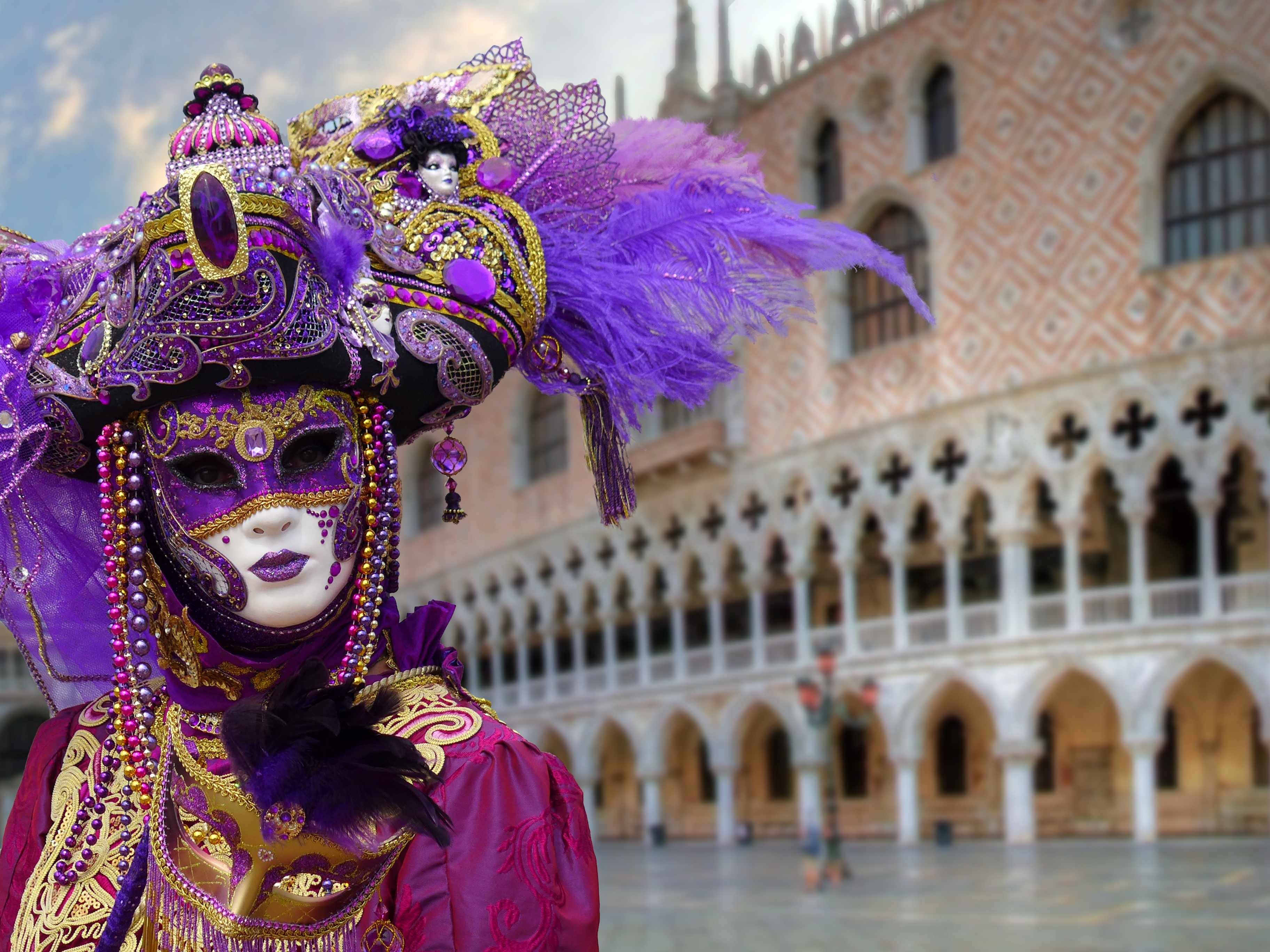 Carnival of Venice
Please check our website for details on Special Travel International’s future tours:
https://www.sticanada.com/
On the Horizon for 2022-23