These are perhaps the best known four tones in music history – the beginning of the first movement of Symphony No. 5 in C minor, Opus 67 by Ludwig van Beethoven. Melodies written by Beethoven can be found in many places, whether in concert halls, in advertising or as a ring tone. Beethoven is everywhere – a global artist whose name needs no introduction and whose language requires no translation. Every day, somewhere in the world, there is a Beethoven symphony or piano concerto being performed live in front of hundreds of people. Beethoven’s music is played more than any other composer, and his 9th Symphony is played more often than any other piece.
Beethoven was the force behind the evolution of Viennese classical music, taking it to its highest form and paving the way for the Romantic era. Particularly for the core forms of Viennese classical music – the symphony, piano sonata and string quartet – the impact of Beethoven’s work on the course of music history could not have been greater. But Beethoven was a lot more. He was a revolutionary, a visionary and a man of the world. He had a powerful imagination and brimmed over with musical ideas; he was melancholy, he was deaf; he was bold and passionate.
Starting with his earliest days as a child, Beethoven’s life could not have been more intense. Beethoven was born and raised in Bonn. He was baptized on December 17, 1770, but was likely born the day before. His grandfather Ludwig and his father Johann were already respected musicians and singers. As such, his father recognized the musical talent of young Ludwig and promoted his son's extensive musical education. Johann was extremely strict and an abusive father. Nonetheless, Ludwig very much enjoyed playing the piano and began very early with his own musical improvisations. 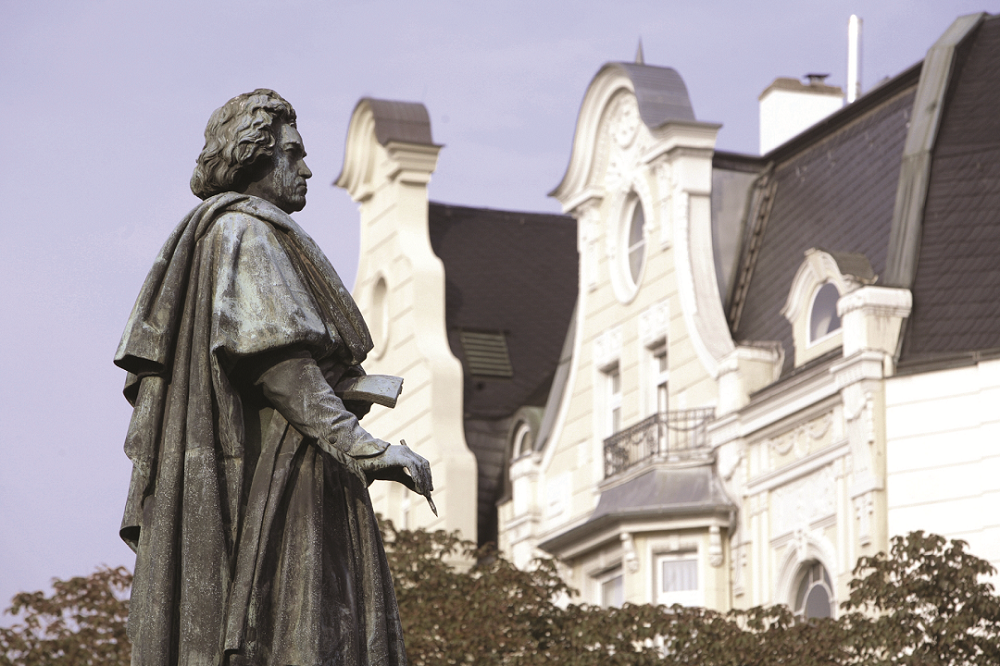 Beethoven statue, Bonn’s Münsterplatz © Michael Sondermann
Beethoven made his first public appearances on the piano at the age of seven. He first found early positions as organist as well as viola player and harpsichordist in the court chapel at what was then the Kurköln court in Bonn. At 16 years-old, Beethoven travelled to Vienna to study under Mozart. He likely met with Mozart during this time, though there is no documentation of these encounters. Mozart reportedly said about Beethoven: “Watch this young man; he will yet make a noise in the world”. One thing is clear: both had completely different views about music in general, and the piano in particular.
During another stay in Vienna in 1792 – Mozart had died in the meantime – he was to receive 'Mozart's spirit from Hayden's hands'. He took lessons from 60-year-old Joseph Haydn, an expert in Viennese and European musical life. Political events made a return to Bonn impossible and the Rhinelander remained permanently in Vienna. The events surrounding the French Revolution and Napoleonic activities had a lasting influence on him and his music.
In these early years, Beethoven’s success as a composer was closely tied to his career and renown as a piano virtuoso. He continued to cause a sensation with his incredible improvisational play. In 1798, Beethoven undertook an extensive concert tour to Berlin, Prague and Dresden – the same journey that Mozart had made a few years earlier. The tour was a tremendous artistic and financial success.
The first signs of hearing loss came in 1795 and, by 1819, Beethoven was completely deaf. Despite this, the period in Vienna between 1802 and 1812 were Beethoven's most productive years. By this time he had developed his own unmistakable style and, in this ten-year span alone, Beethoven composed six of his nine symphonies, several piano concertos and his only opera, ‘Fidelio’. 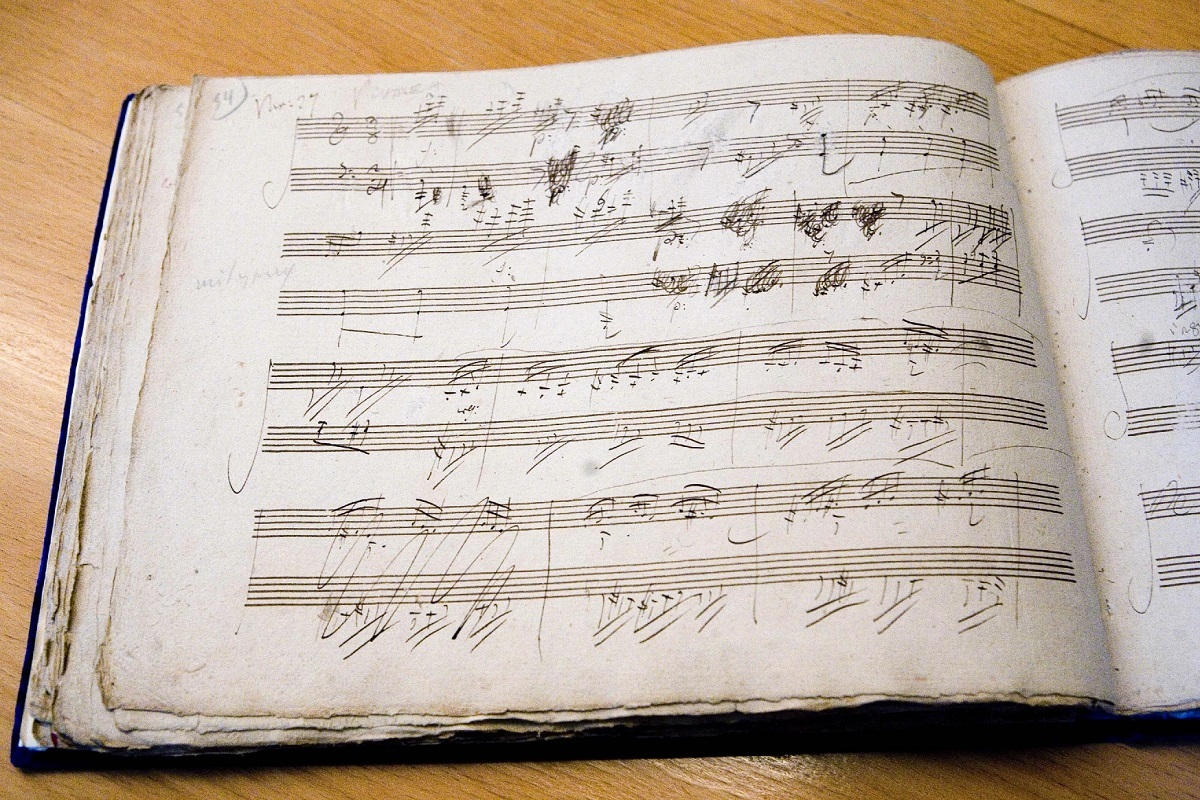 Score in Beethoven’s hand © Michael Sondermann
Today, along with Mozart and Haydn, Beethoven is regarded as the main representative of Viennese Classicism and as a pioneer of Romanticism.
In 2016 the German government declared Ludwig van Beethoven a 'matter of national importance.' This unusual political commitment to a cultural issue was attached specifically to the year 2020, which will mark 250 years since the composer was born. Beethoven will be specially honoured in the city of his birth in the anniversary year – not as a merely local event, but as a 'national assignment'. The range of events during the 2020 anniversary offers major musical experiences throughout the year in concerts, exhibitions, operas, film, dance or theatre productions. 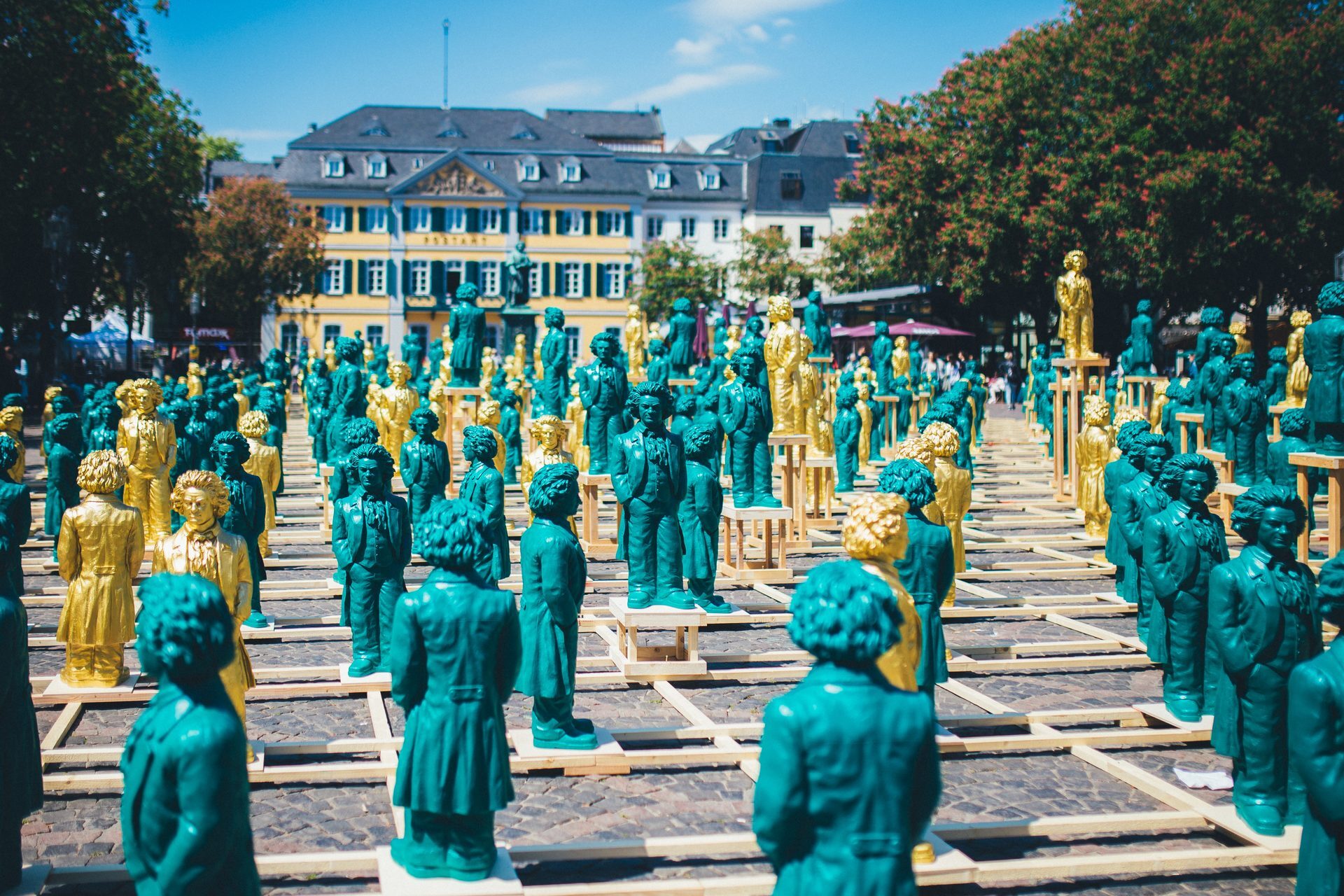