Armchair Travel In The Times Of A Pandemic

COVID-19 has led to unprecedented worldwide restrictions on travel. As containment turns the world inward, we still have opportunities to travel. Some of the world’s leading cultural institutions and tourism attractions around the world have opened their doors to the virtual world, offering the locked-down masses the chance to step inside, from the comfort of their living rooms. From African safaris to live-streaming the South Pole, a whole host of cultural institutions and tourism attractions are offering their services online. You can explore ancient Pompeii or check out NASA’s zero-gravity laboratories with these unique armchair travel opportunities.
Google Arts & Culture teamed up with over 2,000 museums and cultural organizations to bring anyone and everyone virtual tours and online exhibits of some of the most famous museums around the world, including the British Museum, Musée d’Orsay, the Van Gogh Museum, Berlin’s Pergamon Museum and the Guggenheim in New York. Thanks to its 360-degree mapping technology, it also offers an inside look at some of the world's most iconic attractions, such as Machu Picchu, the Taj Mahal, Stonehenge and other world monuments. Get an up-close look at Monet’s The Water Lily Pond masterpiece, learn about the legendary cattle keepers of Sudan or how zebras got their striped through photos, videos, facts, articles and expert insights. Not all popular museums and sites could be included in Google Arts & Culture’s collection, but some are taking it upon themselves to offer online visits.
The Louvre, Paris
The Louvre was forced to close its doors as Paris went into lockdown. While you can no longer waltz into its famous glass exterior, you can learn something of the phenomenal collection via a number of virtual tours, charting everything from Egyptian antiquities to the Galerie d’Apollon. An immersive Virtual Reality (VR) experience centred around the Mona Lisa is also available in an app, for free.
British Museum, London
From Egyptian mummies to the ruins of Pompeii, the British Museum boasts one of the largest collections in the world. Partnering with Google Arts & Culture, they offer the excellent “Museum of the World” experience which allows users to scroll through centuries, continents and themes. The museum has also made available virtual tours through some exhibits, such as the Oceania collection and the Prints and Drawings collection.
Rijksmuseum, Amsterdam
Known for its masterpieces from the Dutch Golden Age, the Rijksmuseum has just launched the interactive experience “Rijksmuseum from home” which allows to virtually visit the home of Rembrandt’s “The Nightwatch” and Vermeer’s “The Milkmaid”. Explore 11 exhibits and interact with various works, read about their history and see close-ups of the pieces.
Vatican Museums
The Vatican has made tours of their museums available online. Take a virtual tour of the Vatican's seven popular sites, including a 360-degree view of Michelangelo’s masterpiece – the Sistine Chapel. Examine the legendary ceiling by Michelangelo without getting a crick in the neck! While the painted ceiling is a showstopper, each chapel wall explores a different aspect of the Christian faith journey: the stories of Moses, Christ, and the Popes throughout history. 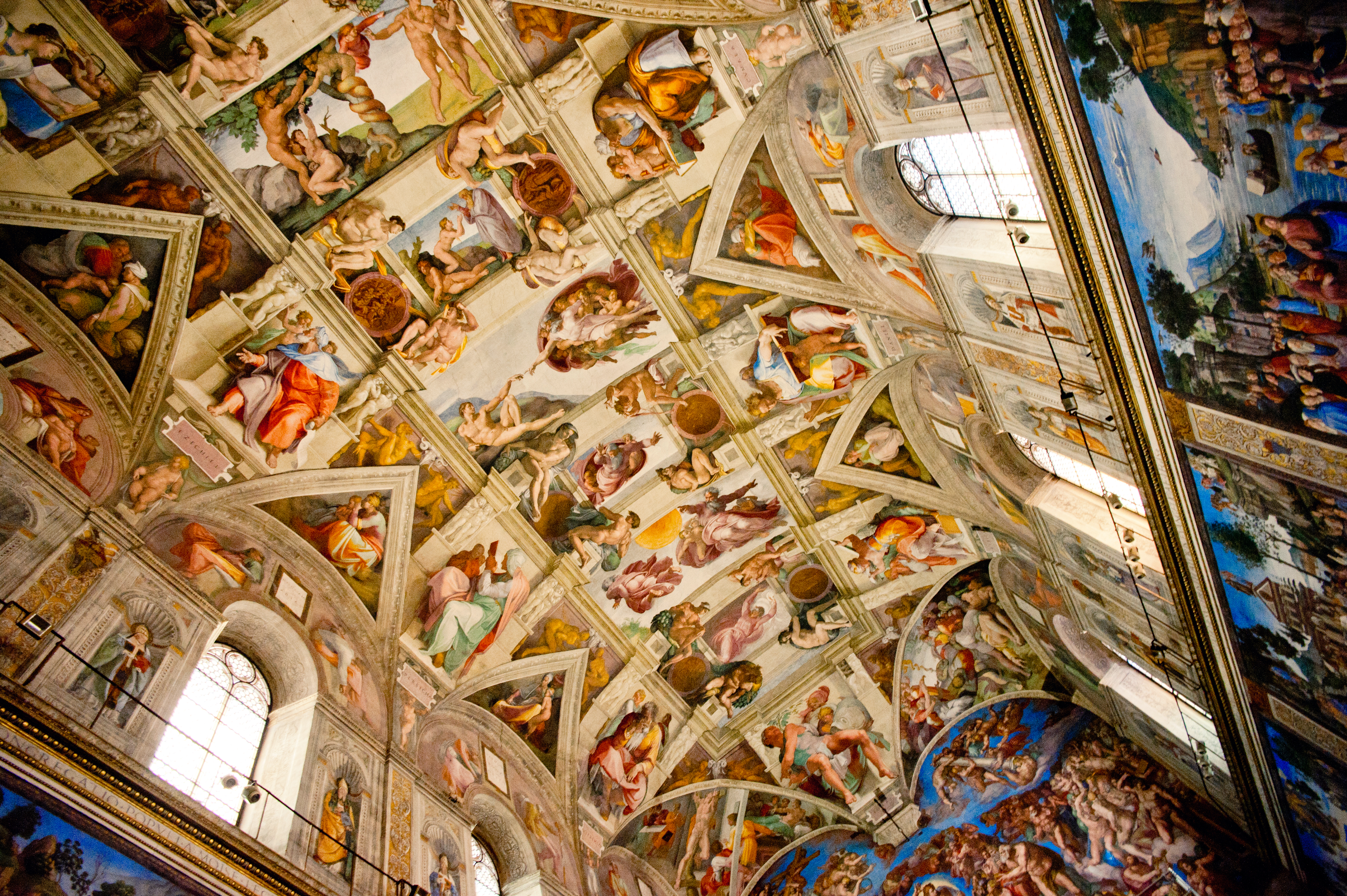 Sistine Chapel, Vatican © Colin Tsoi
Metropolitan Opera, New York
In response to New York City's ban on public gatherings, New York's Metropolitan Opera has suspended shows for the remainder of the 2019-2020 season. Until operations resume, the opera is streaming past performances for free on its website at 7:30 p.m. ET each night. The performances are available to watch for 23 hours post stream.
Sydney Opera House, Australia
The world’s most famous opera house is open for (virtual) business on Google Arts & Culture, allowing you to see the architectural masterpiece from both inside and out. Sydney’s great dame of concert halls has recently released a huge digital offering, with concerts, talks, and behind the scenes content. Each Tuesday, the Opera House announces a new schedule of videos, sound recordings and articles to be released daily every Wednesday through Sunday.
Berlin Philharmonic, Germany
All concerts and films in the Berlin Philharmonic’s Digital Concert Hall are now available for free on their website. Each season, around 40 concerts are broadcast live and they can also be viewed at a later date in the concert archive. The archive already contains hundreds of recordings with all the great artists of classical music. There are also fascinating documentaries and bonus films.
Vienna State Opera, Austria
Another famous opera house, Vienna’s Wiener Staatsoper is streaming not only operas but ballet, too. They are even, as much as possible, keeping to what was scheduled for 2020. This is available for free, and only requires downloading the app. Live streams are available for 72 hours. 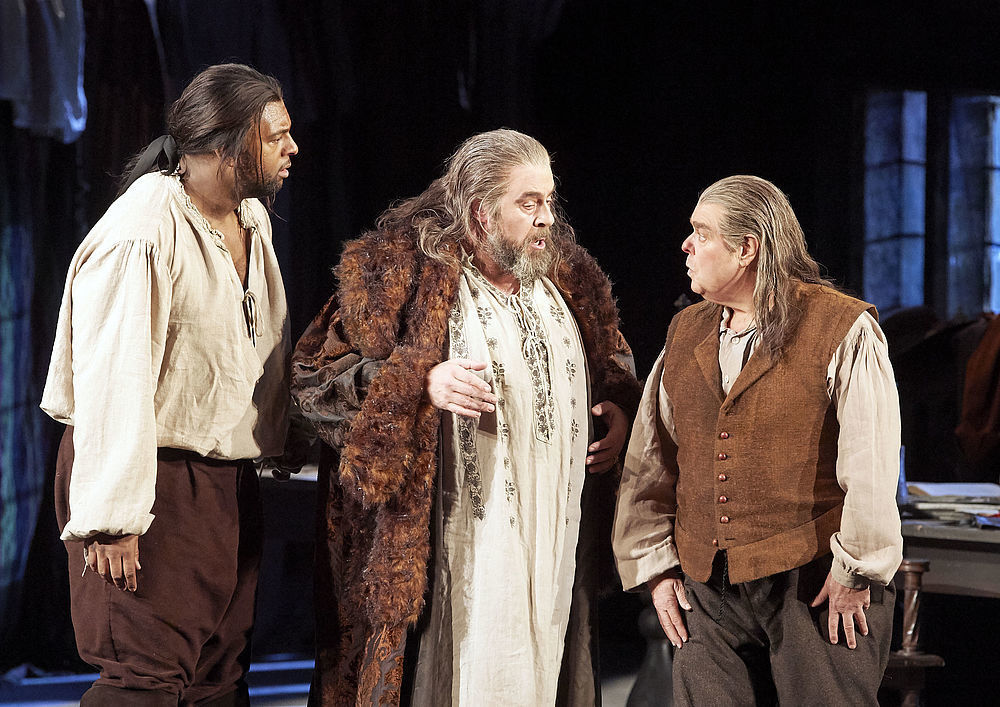 Falstaff, Vienna State Opera
Château de Versailles
We’ve all got a bit more time for home cooking these days, and the Palace of Versailles might be just the place for some culinary inspiration. Multiple exhibits like “A Place at the Royal Table” are available to explore online, or wander through the palace and gardens with the purpose-built VR tour, which allows you to decide where priceless works of art are displayed, and peek at what’s behind the curtain on the king’s bed.
Anne Frank House, Amsterdam
This museum is based in the 17th-century house where Anne Frank and her family hid from the Nazis between 1942-44. Open since 1960 with input from her father Otto Frank, it offers a raft of resources to explore online. Their website’s “Secret Annex” section enables visitors to see Anne’s living conditions for themselves. Using a 3D app, the environment is recreated in VR. Whereas the real annex is bare, following the Frank family’s capture, this version restores the furniture as accurately as possible.
Cliffs of Moher, Ireland
Fancy watching the sunset over these picturesque peaks? You can take a virtual tour of the famous Irish geological landmark, which captures 360-degree views and even has VR headset capability for a fully immersive experience. 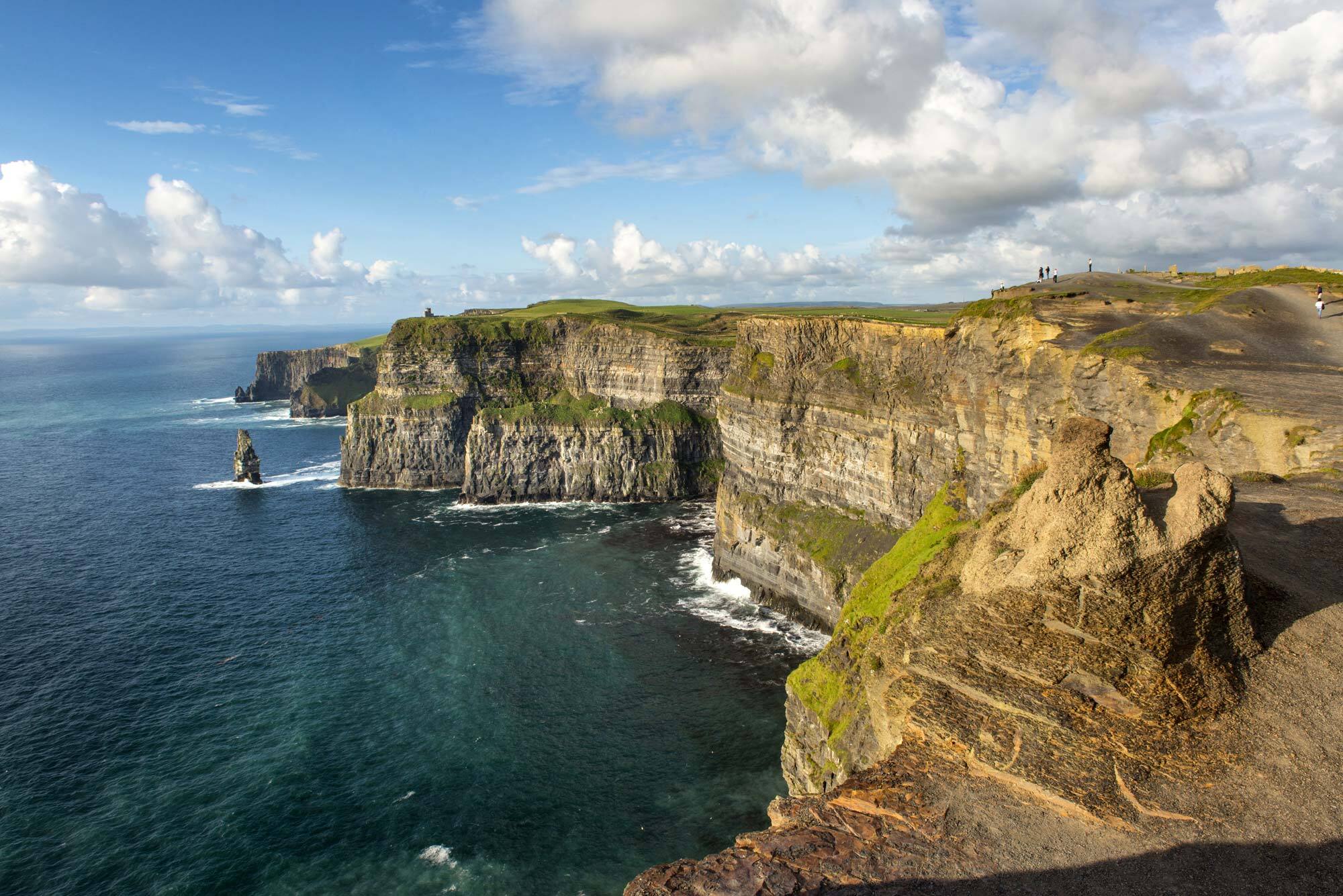 Cliffs of Moher
Machu Picchu, Peru
If you are altitude adverse or just always wanted to see this wonder of the ancient world, consider taking a virtual tour of Peru’s famed Machu Picchu… from the comfort of your couch!
Angkor Wat, Cambodia
The largest religious monument in the world is available for virtual tours on Google Arts & Culture, including computer simulations of what life looked like there in the 13th century.
NASA’s Space Centre, Houston
If you’ve always wanted to be an astronaut or experience Zero-G, now is your chance to tour NASA’s facilities in Houston. With a wisecracking animated robot called Audima as your tour guide, explore ten of their labs, wind tunnels and hangars.
South Pole, Antarctica
Operated by the National Science Foundation, the South Pole station livestream makes it possible to visit Antarctica from the comfort of your home.
Icehotel, Swedish Lapland
Those suffering wanderlust can virtually travel to the Icehotel in Swedish Lapland. The 360-degree videos allow viewers to visit the local Arctic wilderness, meet local huskies and reindeer, go dogsledding and reindeer sledding and even join a Northern Lights hunt.
Virtual safaris, Africa
With Africam and Explore.org, many large South African game reserves such as Kruger National Park, Sabi Sands and Balule Nature Reserve are streaming live footage of key wildlife sites. Tune in at sunrise and sunset (South African time) for the best viewings. safariLIVE is also offering live streaming at sunset and sunrise of the world’s most famous parks in Kenya and South Africa.
In the midst of the COVID-19 pandemic, these sites are proof that history marches on, and as it does, museums around the world will be there to chronicle it – be it in the real world or cyberspace.
Please check our website for details on Special Travel International's future tours.
On the Horizon for 2022-23