ARISTOTLE TRAVEL - A name that inspires and encourages to think

What a great name to pick for your business! Great thinkers throughout history have tried to figure out mankind… and we have not solved the riddle yet, the way it looks.
Greece has received some negative press over the last few years due to its dire economic situation caused, as most things are, by greed and recklessness. But let’s not solve the problem of a country’s economics here and discuss who caused what. A beautiful country, full of ancient history and cradle of so much that we consider part of our lives, from language to democracy.
Aristotle Travel and its founders are also a wonderful human story. Immigration, hard work and dedication. In this day and age, we attack so many of the things which made companies like Aristotle Travel become what they are nowadays. We are happy to have them as partners in Greece and want to showcase their story here. 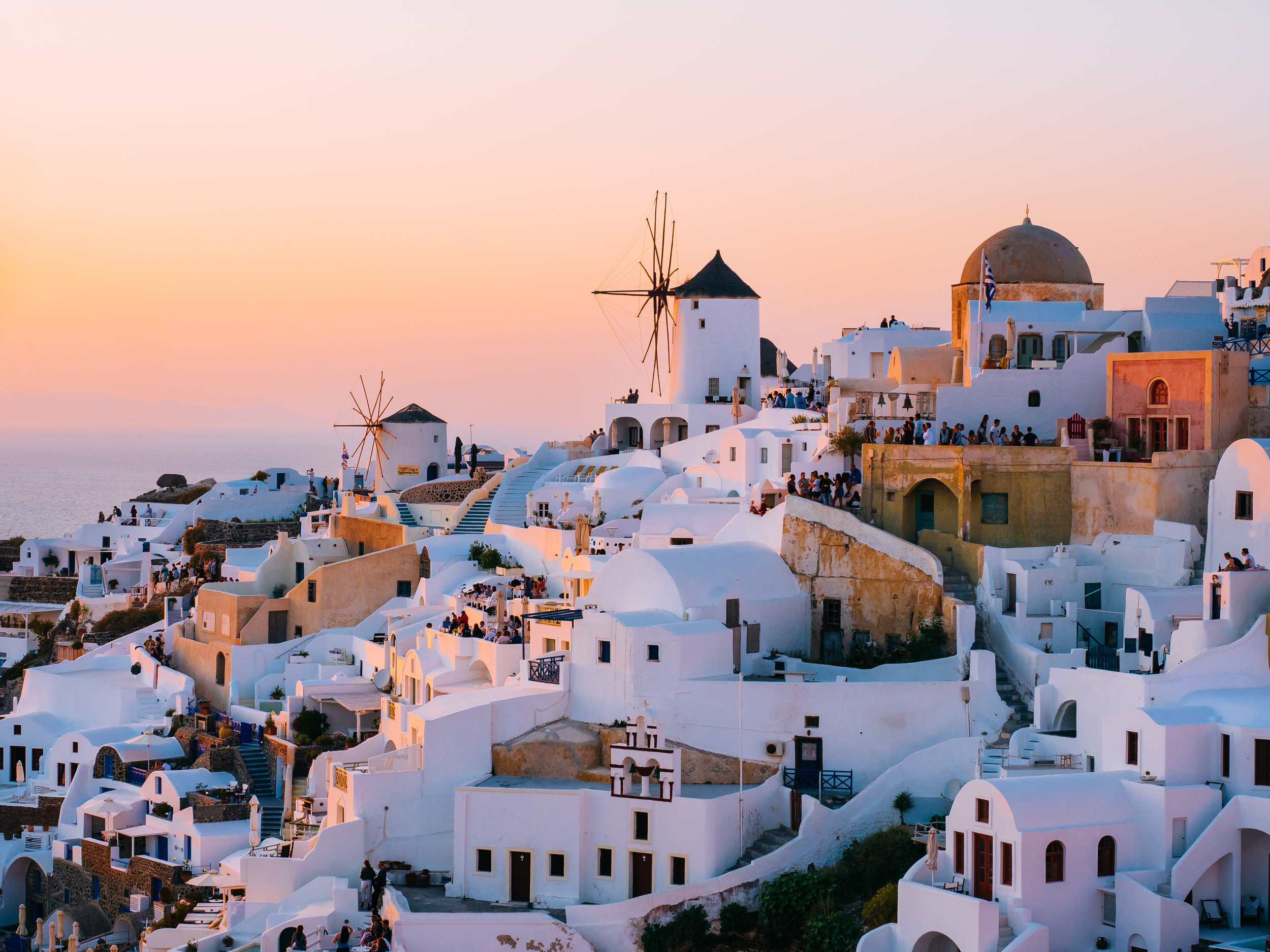 Santorini © Tom Grimbert
Dino Roussos’ grandfather was born in Santorini, Greece. He moved to Khartoum in Sudan, a British colony at the time, for a better living. Dino's father, Anthony Roussos, was born in 1911 and raised in Khartoum. He moved to Greece to escape the heat and humidity and met his wife Nicoletta, also a native of Santorini. Two years later WWII started and Anthony joined the Greek army.
On October 28, 1940, under the leadership of dictator Mussolini, the Italians issued an ultimatum to Greece demanding the cession of Greek territory, which the Prime Minister of Greece, Ioannis Metaxas, rejected. A war with the Italians ensued. Anthony, as a young soldier, had to travel to the mountains of Albania to transport ammunition to the Greek army to defend their country against the Italians.
In 1942, the German army occupied Greece for almost four years. Many Greeks died in the streets of Athens due to lack of food. After the end of the war and the liberation of Greece from German occupation in 1945, the American army came to Greece as observers of the Greek elections. An American soldier gave Dino’s father a Bible, and Anthony became a devoted Christian.
Anthony was an intelligent man and spoke Greek, English and Arabic fluently. While working for the British power company in Greece, he attended Guiding School. He became a professional English-speaking guide for his country’s archaeological sites and museums. 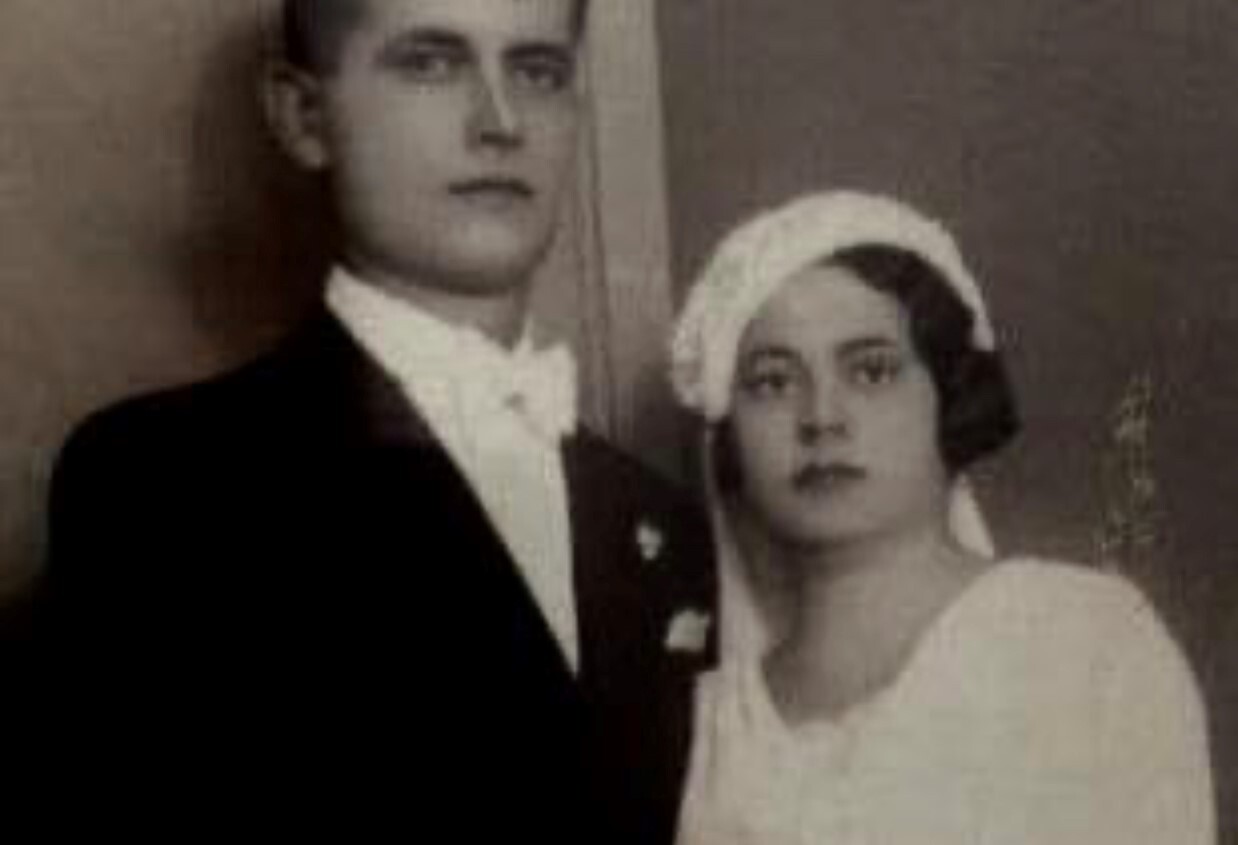 Anthony and Nicoletta Roussos
Dino Roussos, the youngest of Anthony and Nicoletta Roussos’ five children, graduated from high school and came to Athens to study Business Administration at the University of Piraeus. Dino served in the Greek army for 27 months. He was stationed in Turkey working for NATO forces and learnt to speak Turkish in Izmir. After serving his time in the army, he came to Athens to study archaeology and history at the professional Tour Guide School. Dino became a tour leader and took Greek groups to Spain, Hungary, Germany, Switzerland, Israel, Egypt and Jordan.
In Greece, he served as a guide for Dr. Everett Ferguson, an Abilene Christian University professor who was spending a sabbatical in Athens to learn more about Biblical archaeology. Dr. Ferguson helped Dino find a scholarship to study in Abilene, Texas. Dino studied at Abilene Christian University and received a B.A. in business administration and a B.A. in theology in 1976.
He met and married his wife Debbie. They moved to Greece for a few years, returned to Abilene where Dino received his Master’s degree in Theology, and are now living in Greece again. They have three grown children and five grandchildren. 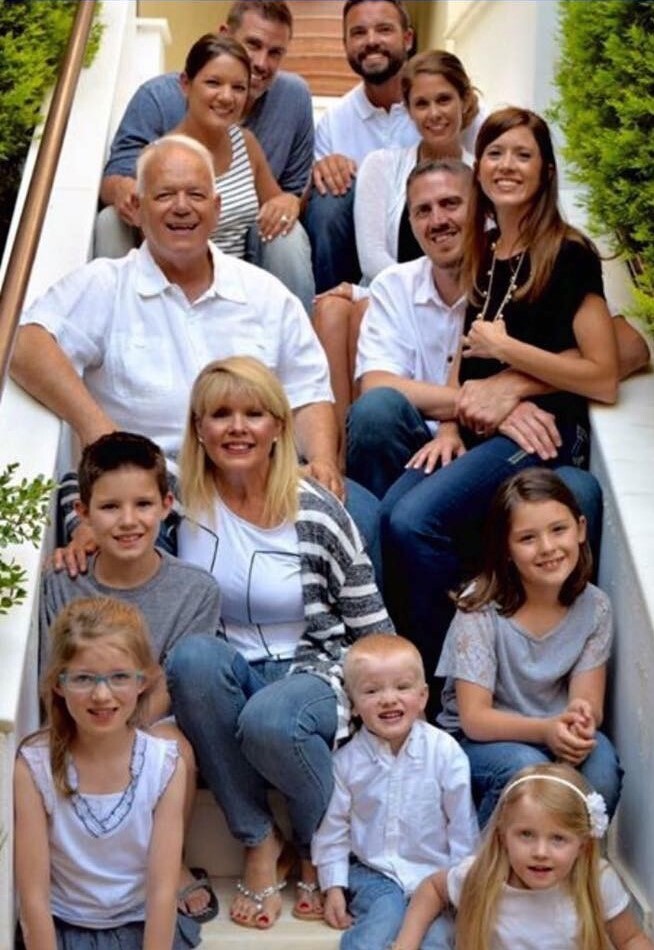 The Roussos Family
Dino has led many tours to Greece, Israel, Jordan, Egypt, Italy and more. He has lectured on theology, archaeology and family relations at conferences and seminars in Greece, Cyprus, Ukraine, Bulgaria, Romania, Albania, Russia, Germany, the Czech Republic, as well as in the United States and Canada.
Please check our website for details on Special Travel International’s future tours:
https://www.sticanada.com/
On the Horizon for 2024-25