To celebrate its 100th anniversary, in 1995 Swarovski opened Swarovski Kristallwelten (Swarovski Crystal Worlds) at the site of the company’s founding in Wattens, Tyrol, Austria. Of all places, why was this small Austrian town chosen for the founding of this company, which is known worldwide for its sparkling jewelry and figurines?
Daniel Swarovski was born in Bohemia (in today’s Czech Republic) on October 24, 1862. His father, Franz Anton Swarovski, was in charge of a local business that made small, hand-polished stones from glass and jewelry such as brooches, combs, or hat pins. This is where Daniel Swarovski laid the foundation for the cutting machine that would end up revolutionizing the world. 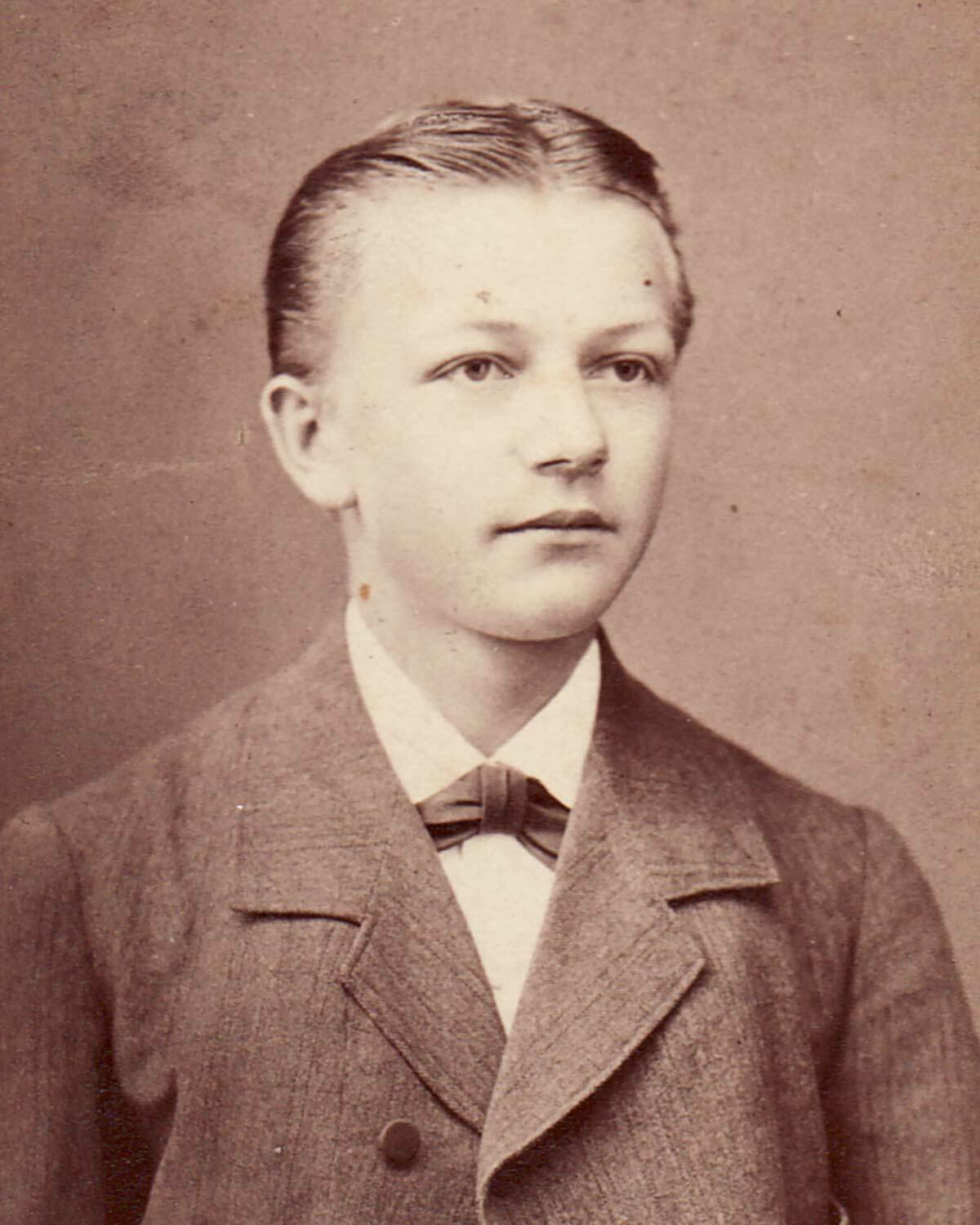 ©Swarovski Corporate Archive: Daniel Swarovski around 1880 at the age of about 18
First, however, he became acquainted with the Weis family and fell in love with their daughter Marie. Their three sons Wilhelm, Fritz, and Alfred were born between 1888 and 1891. There was no stopping Daniel Swarovski’s ingenuity: he tinkered with the production of metal pearls, experimented with cut glass beads, and invented a new kind of button eye.
THE SUCCESS STORY UNFOLDS
The economic breakthrough soon followed: there was a tremendous increase in the demand for cut glass crystals. Daniel Swarovski’s time had come. Together with his brother-in-law and business partner Franz Weis, he secured a patent in 1891 in Prague for his “machine for cutting crystal to perfection.”
The only thing they still needed was the starting capital, which was ultimately contributed by Armand Kossmann, a customer from Paris. Even then, Paris was already the center of the fashion world, and in addition to the crucial financial means, Kossmann also had a broad network of contacts and an excellent reputation. After considering a few sites in what is now Austria, they finally decided on Tyrol and specifically on Wattens. 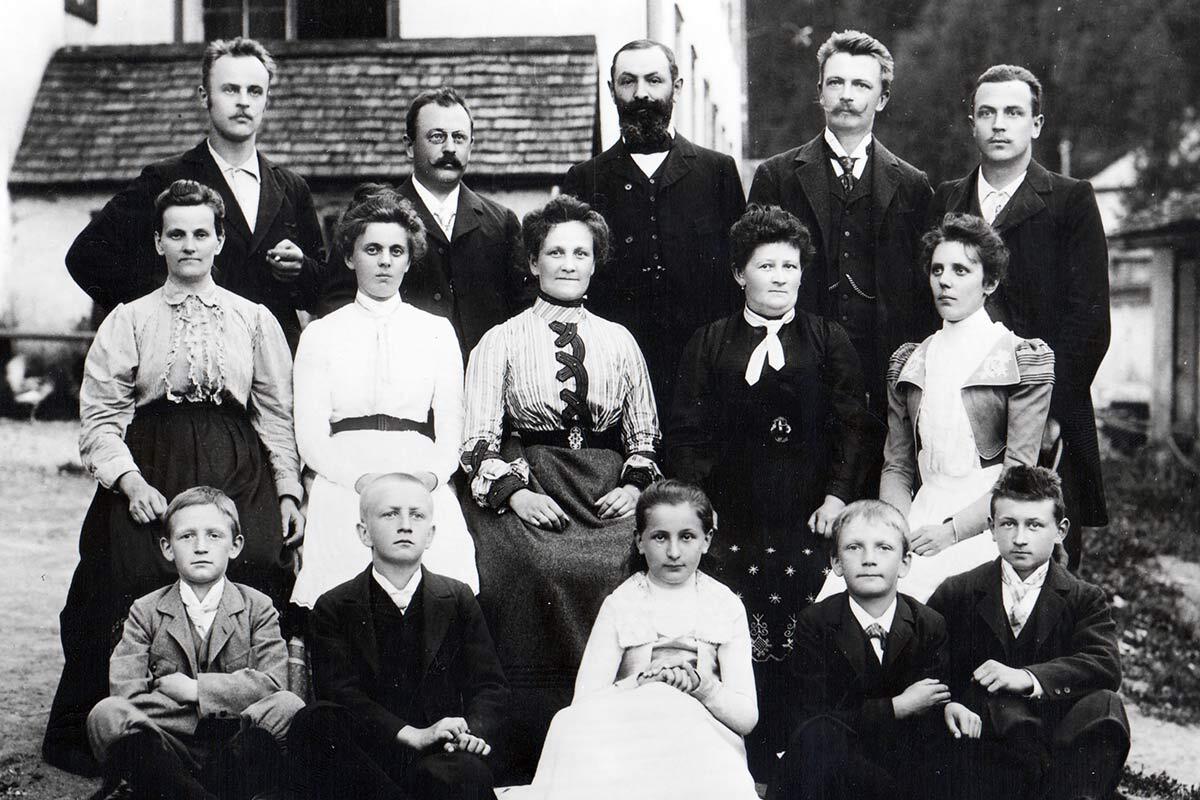 ©Swarovski Corporate Archive: Image of the founders with their families on arrival in Wattens in 1895
WHY WATTENS?
There were only 832 residents in Wattens around 1900. Swarovski had three reasons to decide on Wattens: For one, he was able to rent a vacant loden factory directly on the Wattenbach river which still had a 20 HP turbine. Hydropower was crucial since Wattens had no electricity yet. This made it possible to also work at night. The second reason was the train route, as the station was directly on the Vienna-Paris line. The third reason was the distance to Bohemia, the center of crystal and glass grinding, which made it possible to work without disturbance and develop new machines.
On the radiantly sunny afternoon of October 2, 1895, the Swarovski and Weis families arrived together at the station with their first employees. When the machines were delivered a week later, the production of “cut crystals from Tyrol” could start.
One hundred years later, in 1995, Swarovski created Swarovski Crystal Worlds in collaboration with the artist André Heller. Since then, the entrance in the form of the Giant has welcomed visitors from all over the world, opening up to the treasures of the Chambers of Wonder. Here renowned artists, designers, and architects interpret crystal in their own unique ways. 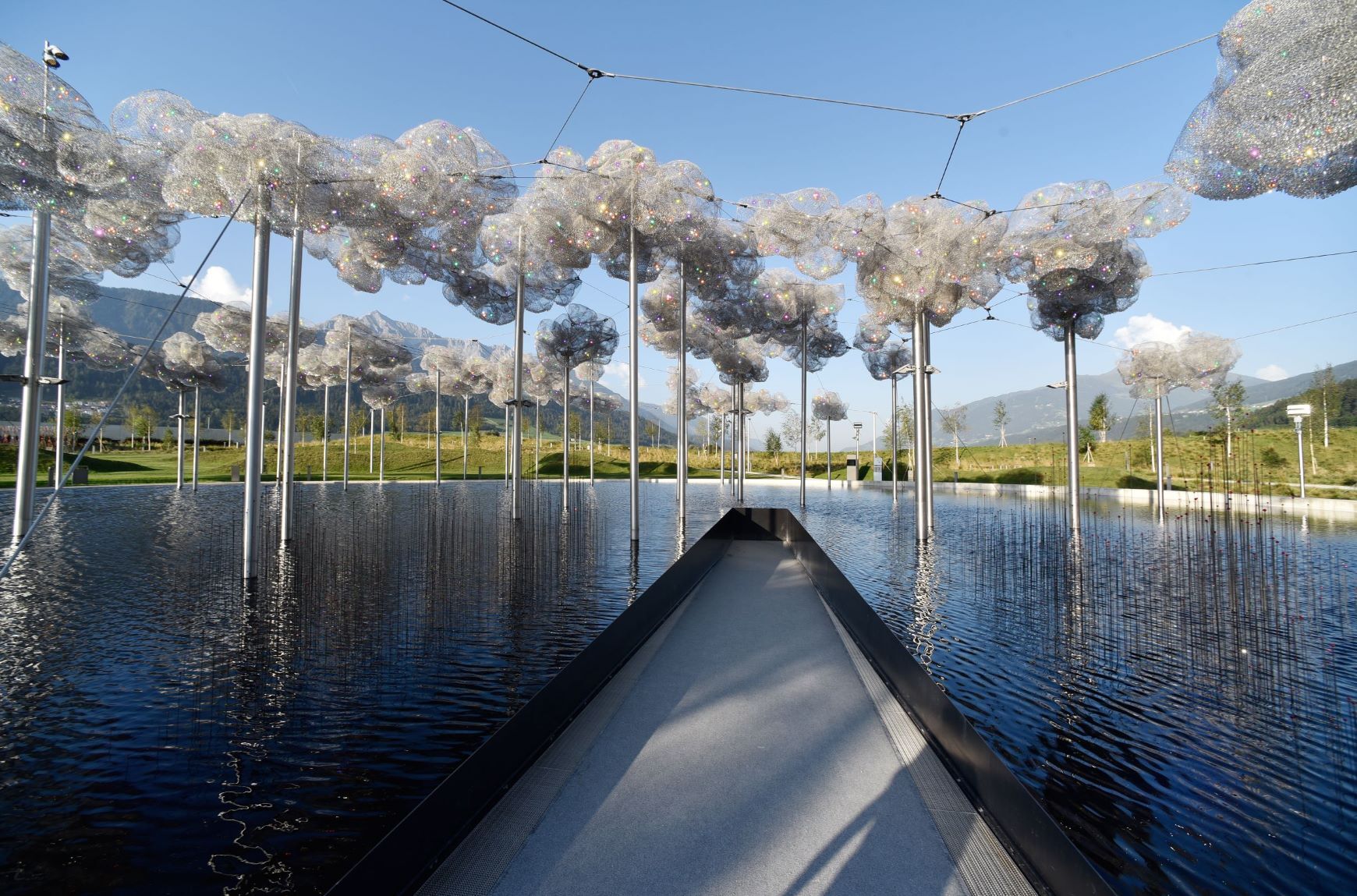 ©Swarovski Corporate Archive
Welcome to a world full of magic!
Join Special Travel International’s The Scenic Austrian Alps and Oberammergau Passion Play tour and enjoy spectacular scenery, picturesque villages and historic towns as you drive through the Austrian, Italian and German Alps (September 11–25, 2020):
https://www.sticanada.com/the-scenic-austrian-alps-and-oberammergau-passion-play
On the Horizon for 2022

APR 2022 - NW Europe and the Liberation of Holland