With the new year upon us, it is only fitting to have this topic as our first blog for 2022.
Instead of watching the rise and drop of the water level of the Nile, and nature in general, dictate the events taking place in our daily lives, our schedules are paced by a written calendar which provides rhythm to our activities. Some of these events are nature-made; many, including religious and historical celebrations, are man-made; and a few have become profit-driven.
It is fascinating to explore some of the developments of the calendar. Much like any cultural or linguistic evolution, the names of the months developed over centuries. But overall, our lives run on Roman time. Birthdays, wedding anniversaries and public holidays are regulated by Pope Gregory XIII’s Gregorian Calendar, which is itself a modification of Julius Caesar’s calendar introduced in 45 B.C. The names of our months are therefore derived from the Roman gods, leaders, festivals and numbers. If you’ve ever wondered why our 12-month year ends with September, October, November and December – names which mean the seventh, eighth, ninth and tenth months – you can blame the Romans.
The original Roman calendar was still a 12-month year, starting with February. However, only ten of the months were named, as the two final months of the year were the winter months. The calendar was built to help track a largely agrarian and militaristic lifestyle, so there was not much use planning invasions, harvests or festivals in times where it was too cold to do so.
This all changed when Julius Caesar, together with the help of some mathematicians, decided to make some major changes to the year. He adjusted the days per year to be 365.25, meaning that every four years there would be a leap year. He also replaced the ordinal months after June with July and August, reflecting the names of the Roman king “Julius, Augustus”. In the process of renaming, he also named the two unnamed months that ended the year. One was now December, pushed down by the introduction of August, and the other was January, after the god Janus. Janus represented beginnings and ends, doorways, new paths. Caesar therefore also decided that January would be pushed up to become the first month of the year, and not the last.
Pope Gregory XIII had to make some adjustments almost a century and a half later, though. He anglicized the names of the months to reflect the more common languages of the time, and adjusted day lengths. See, when Julius Caesar’s mathematicians changed the year to 365.25 days, they were off a tiny fraction. This tiny fraction made it so the year would gain an extra day every 128 years, a phenomenon called solar drift. This was not a big enough phenomenon to be noteworthy before the fall of the roman empire, but by 1582, the year had drifted by just under two weeks, leading to seasons not quite lining up and festivals celebrating equinoxes and solstices being unseasonal. After this adjustment, we were left with the same names, the same leap years, and a slightly more accurate year length. 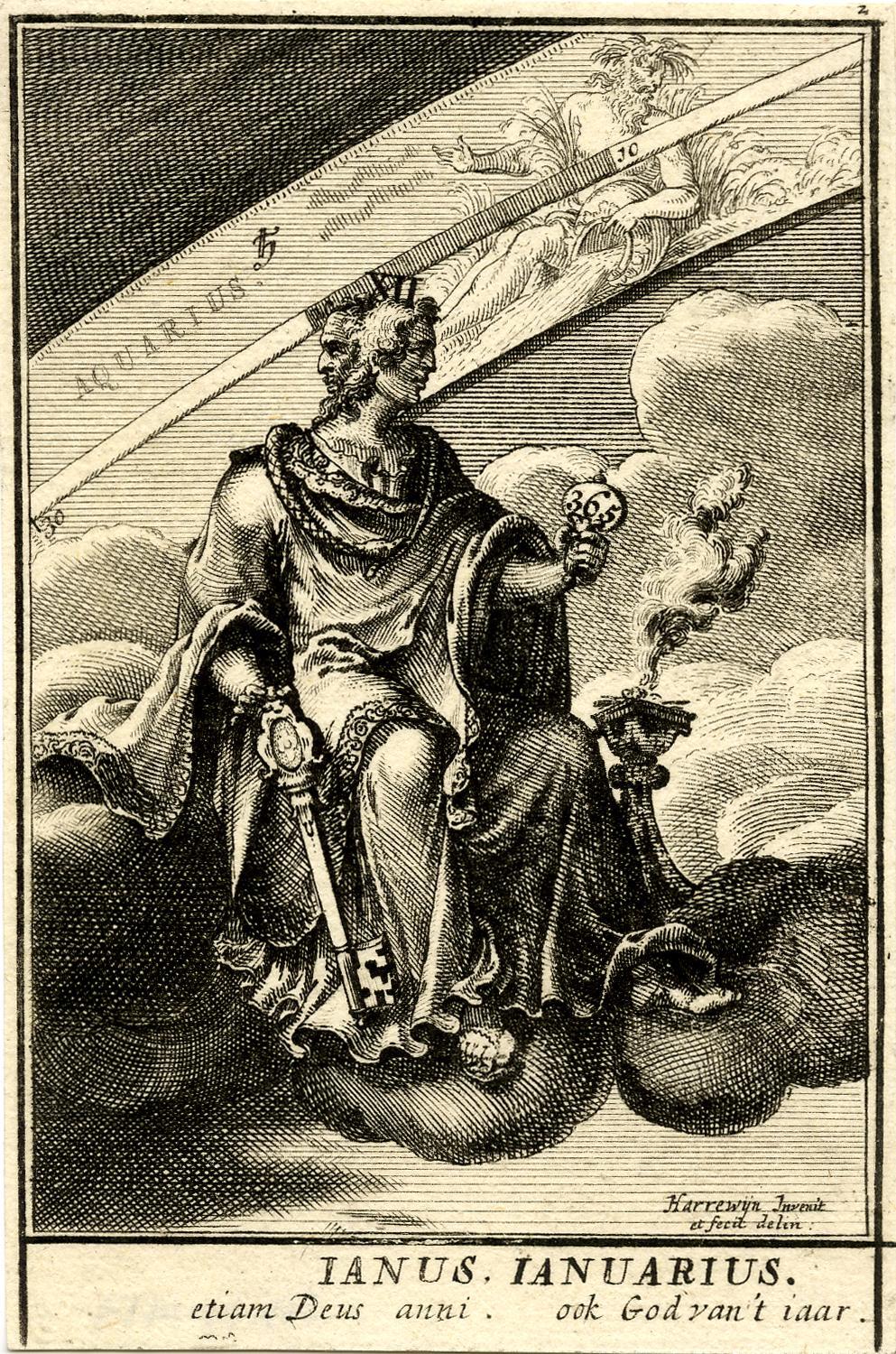 1698 engraving by Jacobus Harrewyn - January from the print series 'The Months' © The Trustees of the British Museum
January is “the month of Janus”, the Roman god of beginnings and endings. Janus presided over doors and gates – appropriate for the beginning of the year. Indeed, Janus was usually depicted with faces looking backward and forward, as is characteristic of a new year.
February, “the month of cleansing”, is derived from februa, the name of a Roman purification festival held on the 15th of this month. 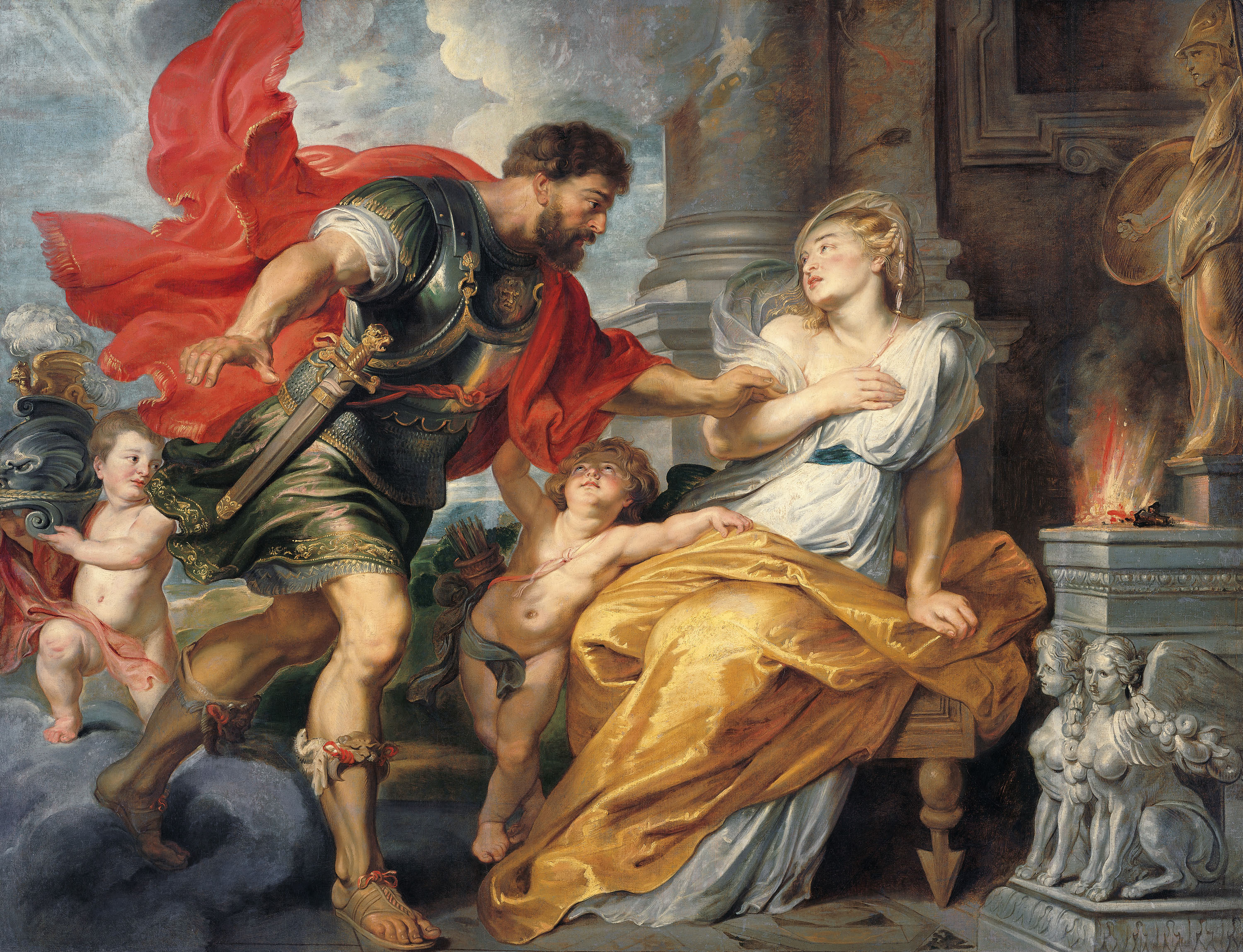 Mars and Rhea Silvia by Rubens ca. 1617-20
March is named after the god of war and a planet – Mars. In ancient Rome, several festivals of Mars took place in March because that was the earliest month of the year when the weather was mild enough to start a war.
April is from the Latin word aperio, “to open (bud),” because plants begin to grow in this month. In essence, this month was viewed as spring’s renewal.
May springs from the Greek goddess Maia, daughter of Atlas and mother of Hermes. She was a nurturer and an earth goddess, which certainly explains her connection with this springtime month, when flowers and crops burst forth.
June descends from Juno, wife of Jupiter, and the Roman ancient goddess of marriage and childbirth.
July was named in honour of Julius Caesar right after his assassination in 44 B.C., with July being the month of his birth. July is the first month in the calendar that bears the name of a real person, rather than a deity.
August represents another Roman ruler having been enshrined. In 8 B.C., the month Sextilis (“sixth”) was renamed after Augustus, nephew of Julius Caesar and the first emperor of Rome. The emperor’s name came from the Latin augustus, which gave rise to the adjective “august”, meaning “respected and impressive”.
September, from the Latin septem (“seven”), seems as if it should be the seventh month of the year. The names for October (octo), November (novem), and December (decem) suggest that they would be the eighth, ninth and tenth months. And they once were, when the Roman lunar calendar started the year in March at harvest time. But all that changed in 46 B.C., when January became the first month of the new Julian calendar, making September through December the ninth to twelfth months of the year. 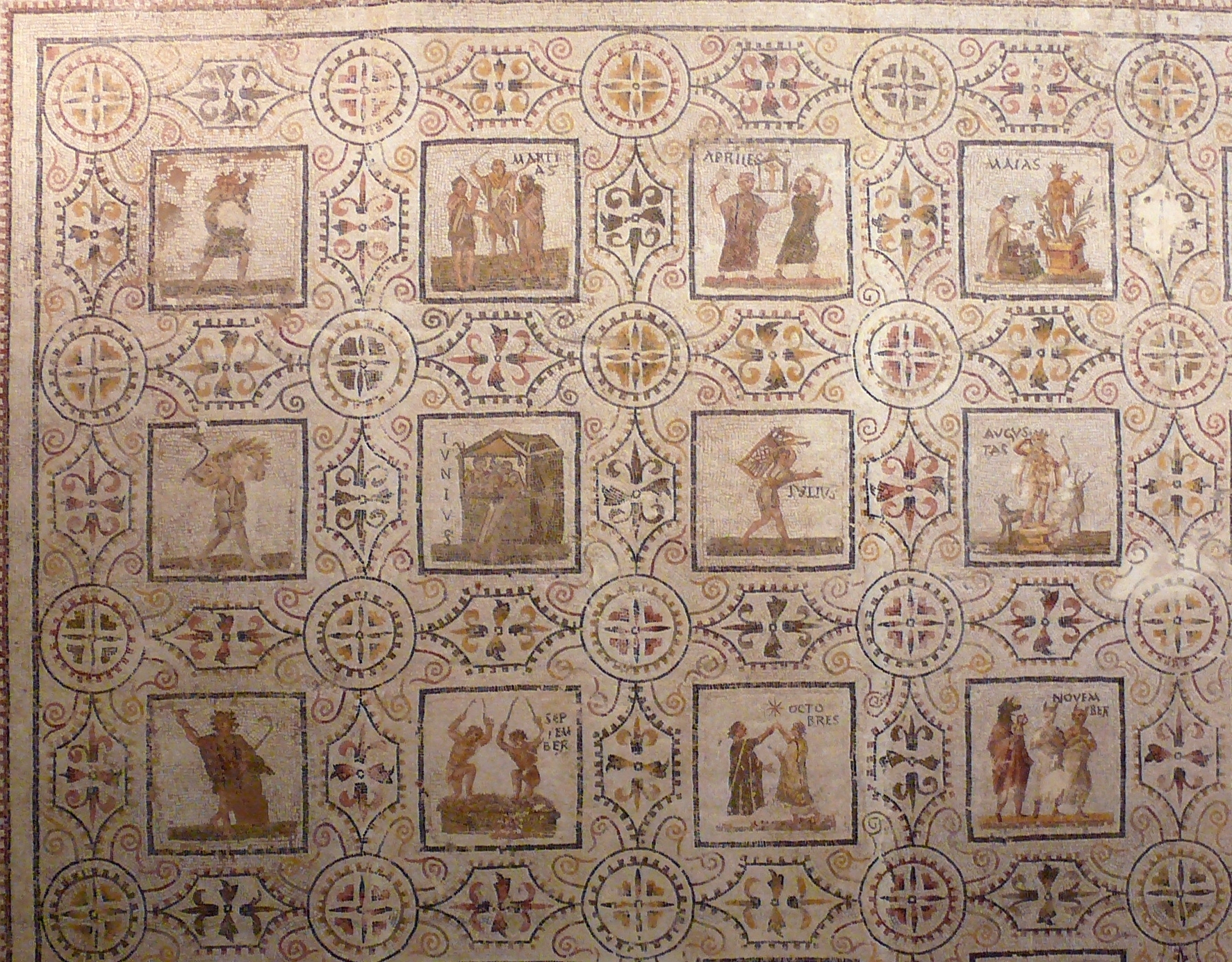 Sousse mosaic calendar, Tunisia © Ad Meskens / Wikimedia Commons
The team at STI would like to take this opportunity to wish our loyal travellers and readers a wonderful new year and, as appropriate in January – new beginnings.
Please check our website for details on Special Travel International’s future tours:
https://www.sticanada.com/
On the Horizon for 2022-23