15 FUN FACTS ABOUT THE BALTICS

1. Geographical centre of Europe
Though a number of countries have laid claim to the geographical centre of Europe, Lithuania's claim may be one of the most credible – possibly because it is one of the few cases in which scientists did not decide that the centre was in their own country. In 1989, the French National Geographic Institute found that the geographical centre of Europe was near a town called Purnuškės, about 26km north of Vilnius.
2. Estonia’s islands
Estonia is the only country of the Baltic states to have islands. From the numerous islands that are located across the Baltic Sea, Estonia possesses approximately 2,222. Most of them are small, inhabited and covered by wild forest. Larger ones such as Saarema have become interesting destinations for travellers seeking natural spaces and unspoilt beauty.
3. The highest “mountain”
All three Baltic states are quite flat. Estonia is lucky to have the highest “mountain” in the Baltics – Suur Munamägi, 318 metres.
4. The largest country in Europe
By the end of the 14th century, the Grand Duchy of Lithuania was the largest country in Europe and included present-day Belarus, Ukraine, and parts of Poland and Russia.
5. Meteorites
Estonia has the highest number of meteorite craters per square kilometre in the world. The Kaali crater in Saaremaa is what remains of the last giant meteorite to hit an area populated by humans. It fell to Earth with the power of a nuclear bomb over 4,000 years ago. 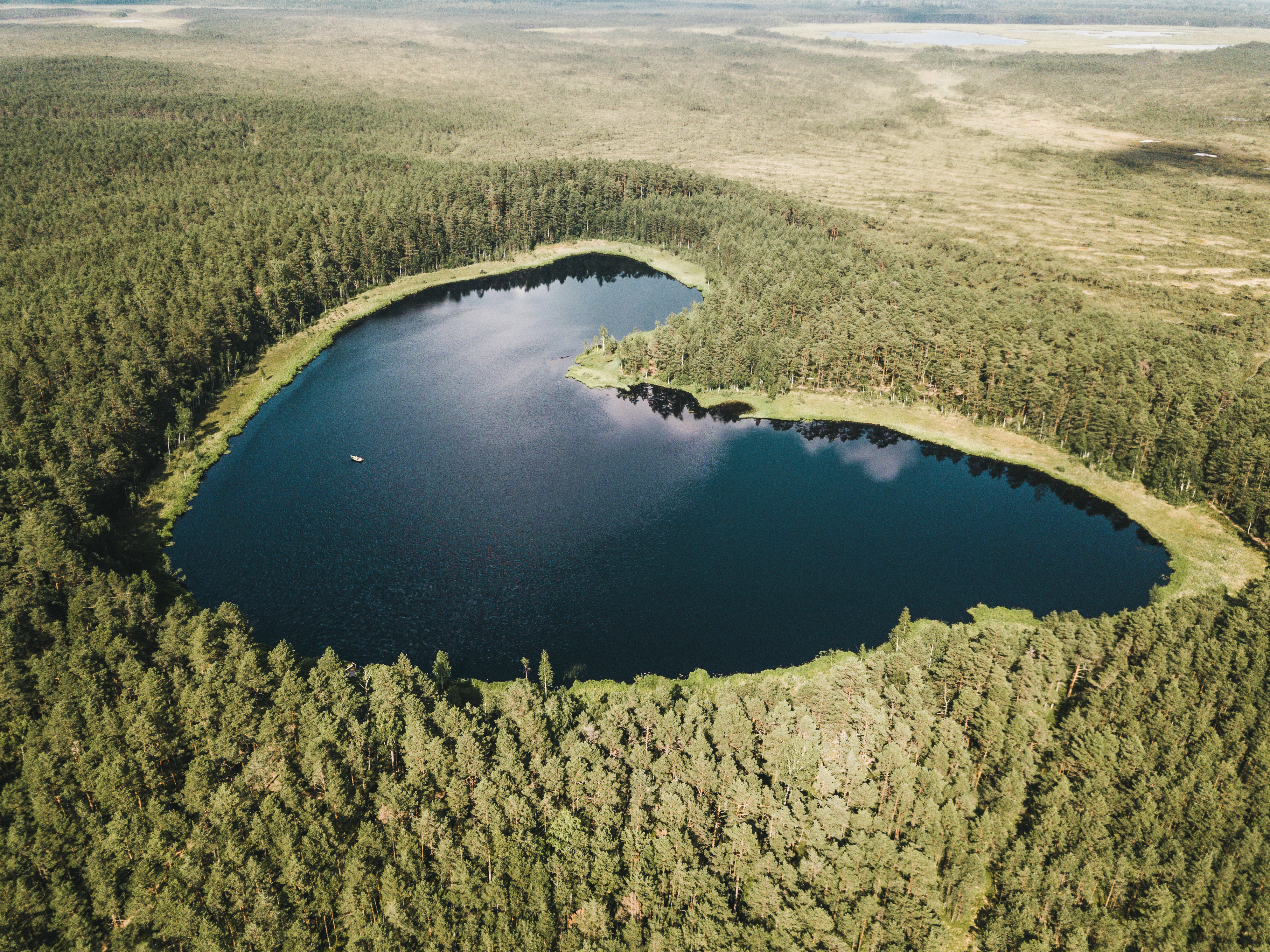 Forest, Estonia © Priidu Saart
6. Fairytale forests
Estonians have a tree-hugging streak, and rightly so – roughly 50% of the country is covered by forest, inhabited by all kinds of fauna including lynxes, wolves, brown bears, foxes, rabbits and deer. Over 380 species of birds can also been seen throughout the year.
7. Ecological leader
The concept for World Cleanup Day was born in 2008 in none other than Estonia, when 50,000 volunteers did their part to keep local scenery pristine by collecting litter. Around 16 million people in 113 countries have now participated. The biggest 'positive civic action' in the world took place on September 8, 2018 when World Cleanup Day involved 150 countries in a full day of cleaning around the globe.
8. Overseas colonies
Few people know that Latvia had an overseas colony. In the 1600s, the independent Duchy of Courland covering western Latvia was a powerful maritime nation and controlled part of Gambia in Africa and the Caribbean island of Tobago.
9. The Baltic Way (or Baltic Chain)
On August 23, 1989, around 2 million citizens from Lithuania, Latvia, and Estonia joined hands in a human chain that stretched 600 kilometres across the 3 Baltic states as a peaceful political demonstration. Only a few months after these events, which formed part of the so-called Singing Revolution, Lithuania became the first country to declare independence from the Soviet Union on March 11, 1990.
10. Electronic voting
Estonia was the first country to implement internet voting at the local level in 2005, which was expanded to the national level in 2007. Traditional polling places are still available, but about one-third of all votes in any given election are cast via the internet. It is estimated that the cumulative time saved in the last Estonian elections thanks to online voting was 11,000 working days. 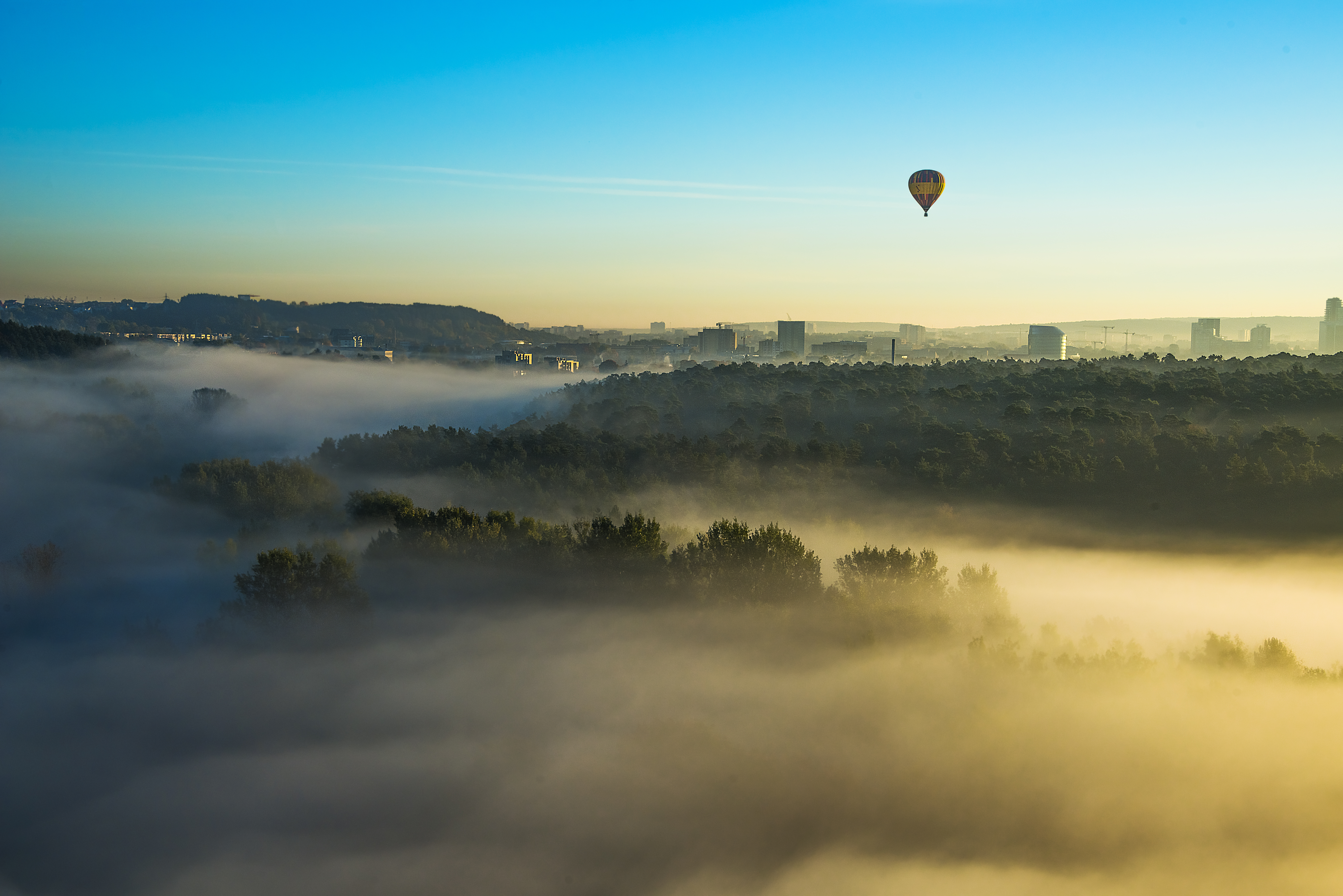 Hot air balloon © Laimonas Ciūnys, Lithuania Travel
11. Hot air balloons
There are more hot air balloons per head of the population in Lithuania than in any other country in the world. From spring to the fall the strikingly coloured airships can be seen soaring over Vilnius and out north, south, east or west depending on the prevailing winds with most ballooners hoping sail out over Trakai with its spectacular lakes and castle.
12. Kiiking – or extreme swinging
As a child, you have surely dreamt of swinging so high that you go sailing over the top of the swing set. Estonians have turned this fantasy into a sport called 'Kiiking' (kiik is Estonian for swing). It involves strapping yourself upright onto an enormous swing and vigorously pumping your whole body with the goal of rotating 360 degrees.
13. Wife carrying champions
Estonians have a knack for peculiar sports, including wife carrying. Though wife carrying originates from Finland, Estonian couples won the World Championships for 11 consecutive years, from 1998 to 2008. To what do they attribute their success? Perhaps to the popular 'Estonian Carry' technique, in which the woman clings to the man's back, upside down. It is a favourite among competitors worldwide.
14. The Easter Granny
In Lithuania, the Easter eggs are not brought by a bunny. The Easter Granny, also known as Velykė, delivers Easter eggs and treats to children. Children prepare for the Easter Granny by leaving empty homemade egg nests outside their homes in gardens and shrubs. On Easter morning, they wake to search for their hidden treasures.
15. Jeans are Latvian
Jeans have become a hot commodity on all corners of the globe. And we have a Latvian to thank for them – Jewish tailor Jacob W. Davis, a trained tailor, inventor and entrepreneur born in Riga. Davis emigrated to the United States in 1854, where he opened a tailor shop. In 1870 a customer asked him to make a strong pair of working pants for her husband to work in woodcutting. To strengthen the stress points, Davis used duck cloth and copper rivets. Davis saw the business value in his copper reinforced jeans invention but had no money to file for the patent. American businessman Levi Strauss, who at the time was a fabric supplier to Davis, financed the venture and got the everlasting claim to fame. May 20, 1873 marked the birth of the blue jean. The rest is world history.
Explore the Baltic states on Special Travel International’s tour:
Best of the Baltics (September 19 – October 3/7, 2021)
On the Horizon for 2024-25