✔ Explore Germany’s most magnificent cities, from progressive Berlin, which has emerged triumphantly from its turbulent history as one of Europe’s most exciting cities, to heritage-filled Munich and its historic architecture, beer halls and Bavarian charm.

✔ Discover the “quintessentially German” scenery and culture of the Romantic Road. From the Franconia wine country to the foothills of the Bavarian Alps, drive alongside beautiful vineyards and rolling hills. Explore the medieval walled towns of Rothenburg ob der Tauber, Dinkelsbühl and Nördlingen, as well as King Ludwig’s fairytale castles of Hohenschwangau, Neuschwanstein and Linderhof.

After arrival in Berlin, transfer to your hotel. Free time to relax before dinner. (D) 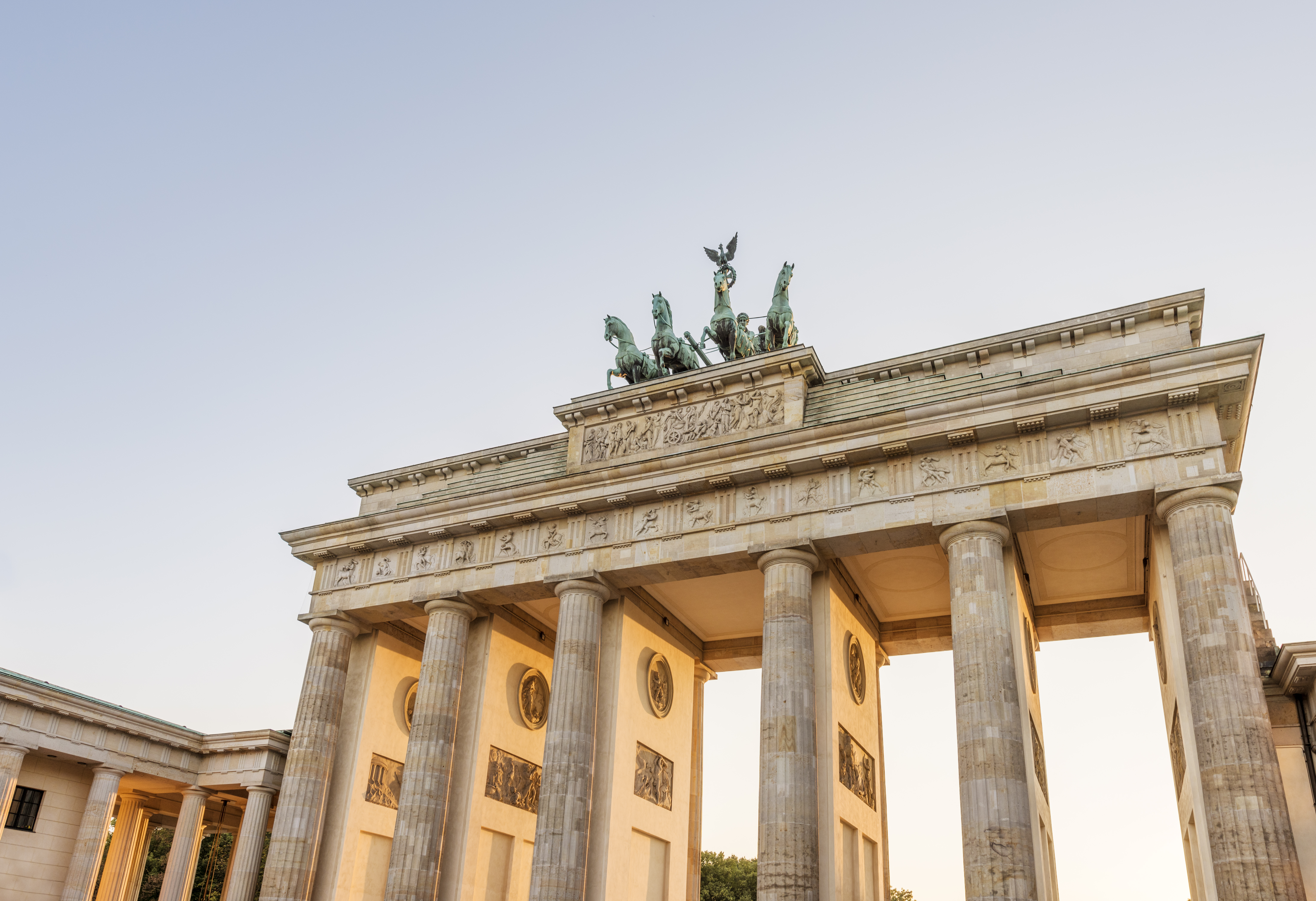 Start your exploration of the German capital on a city tour of Berlin. See the remains of the Berlin Wall, Checkpoint Charlie, the Brandenburg Gate, Reichstag Building, Potsdam Square and some of the great quarters of former East Berlin.
This afternoon enjoy a cruise on the Spree River before heading to Museum Island to visit the renowned Pergamon Museum, which houses original-sized, reconstructed monumental buildings such as the Pergamon Altar and the Market Gate of Miletus. (B,D) 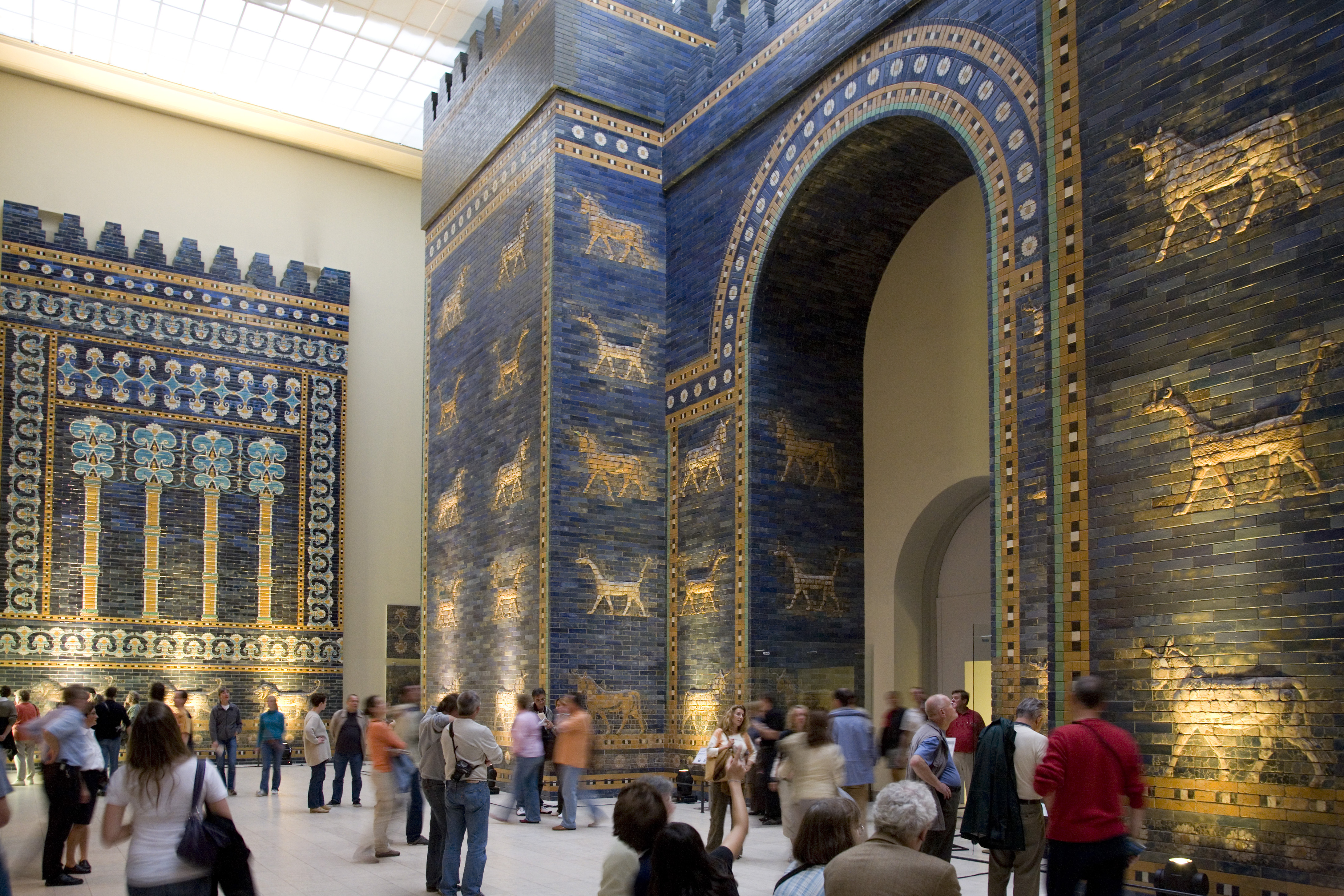 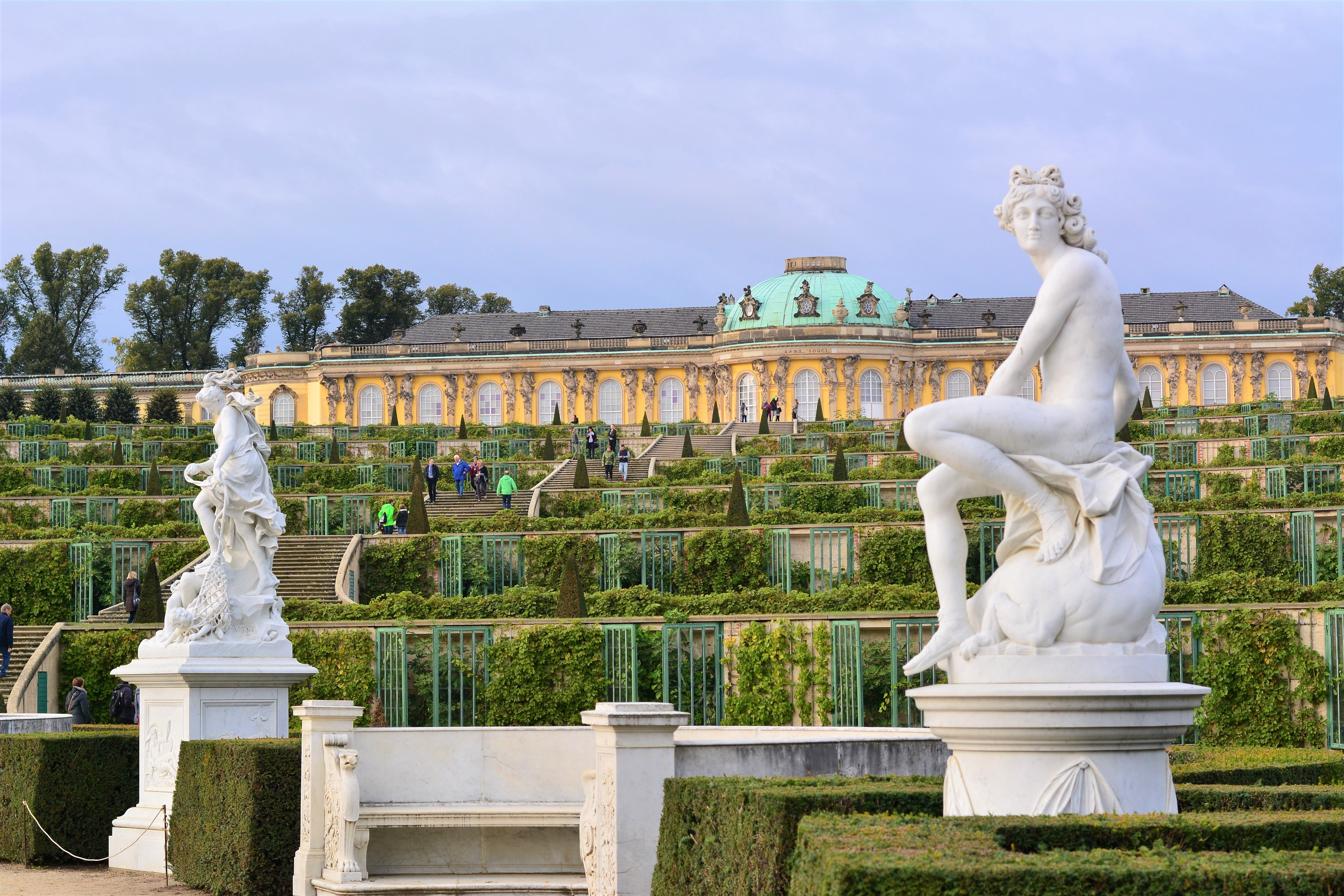 Head to Dresden for a tour of its historic centre. The capital of Saxony in World War II, Dresden was the site of some extensive and controversial Allied bombing which destroyed 90% of the city centre and claimed the lives of approximately 25,000. Its great architectural, artistic and musical heritage make it one of the most appealing destinations in Germany. See the Semper Opera, Zwinger Palace and the fully reconstructed Frauenkirche.
After lunch, continue your journey to Bayreuth, Bavaria. (B,D) 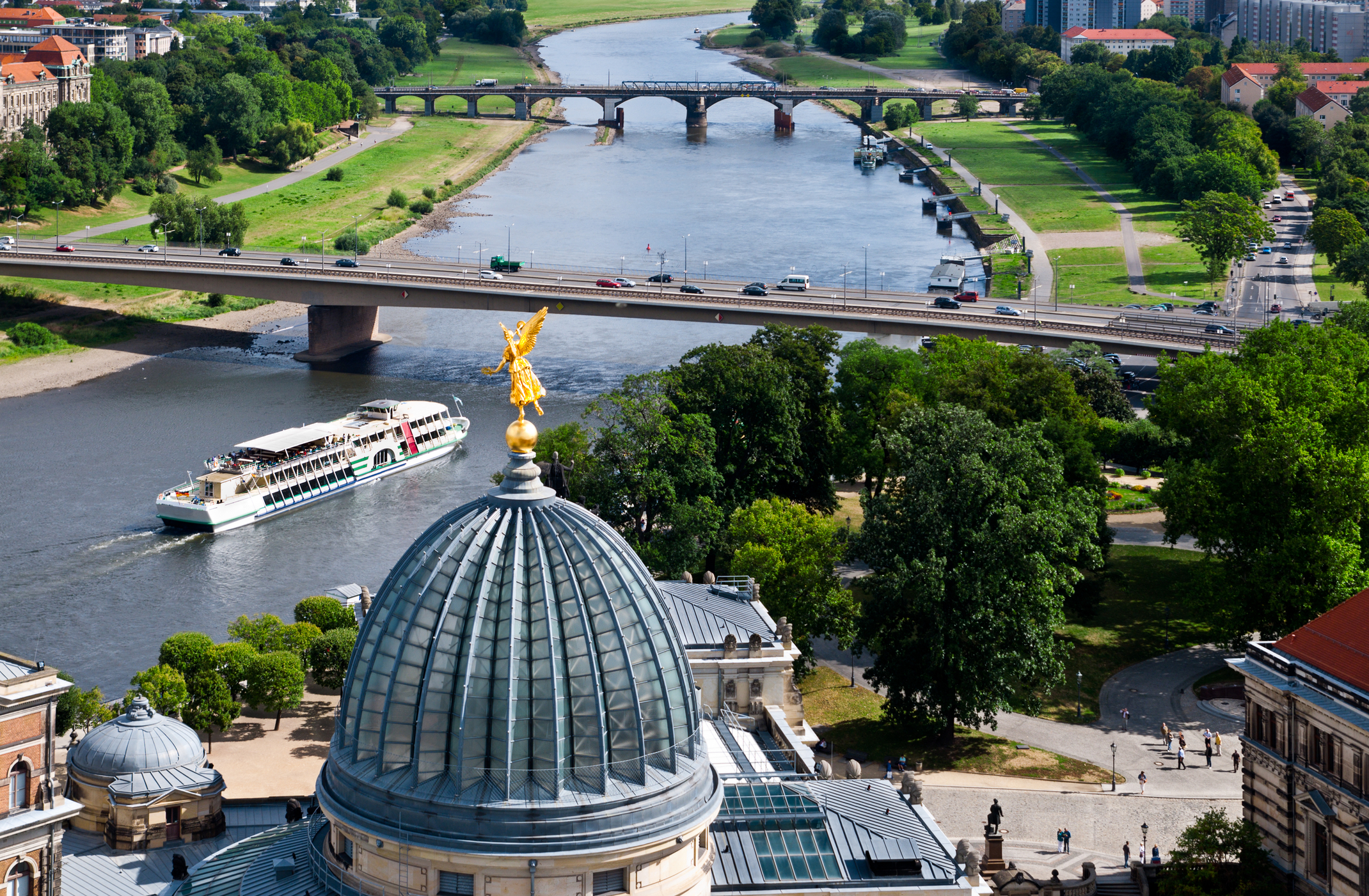 View from the Frauenkirche, Dresden

Former home of composer Richard Wagner, Bayreuth features a wealth of impressive baroque and rococo architecture. Embark on a half-day tour of the city, including Wagner’s Festspielhaus, built to the composer’s specifications on a hill outside the town and dedicated solely to the performance of his stage works. Visit the newly reopened Margravial Opera House, a UNESCO-listed masterpiece of baroque theatre architecture.
Afternoon at leisure, followed by a special private concert given by your hosts, Marcel & Elizabeth Bergmann. (B,D) 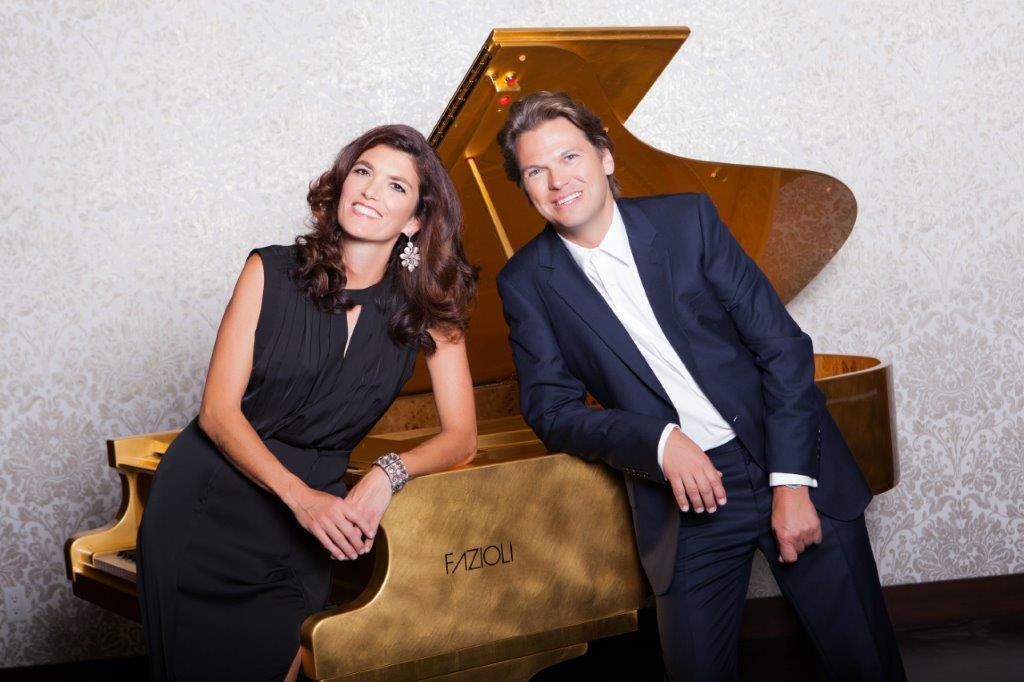 Drive to picturesque Bamberg, known for its medieval and baroque architecture. On a walking tour of the town, see the cathedral and the 13th-century Bamberg Horseman, the impressive Old Court which once served as the bishop’s residence, and the Old Town Hall built on the River Regnitz.
After some time for lunch, continue to the magnificent medieval city of Nuremberg. See the ruins of Zeppelin Fields, the Nazi parade grounds of the 1930s, and the Palace of Justice – venerable vestige of the Nuremberg Trials. Walk from the imperial castle grounds, past the Albrecht Dürer House and on to the Main Market Square of the Old Town, dominated by the impressive Frauenkirche. (B,D) 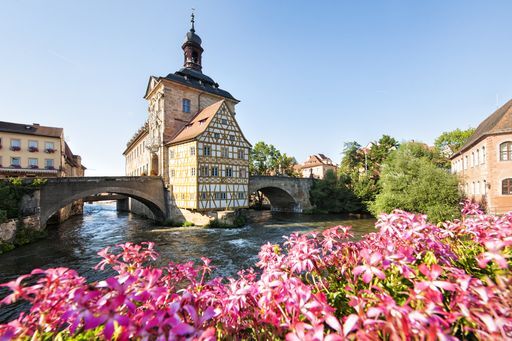 Today travel along the Romantic Road, a scenic drive through Bavaria that leads you from the Franconia wine country to the foothills of the German Alps. Visit Rothenburg ob der Tauber and its well-preserved 14th-century medieval centre that seems totally untouched by the passage of time. Continue to the lovely walled towns of Dinkelsbühl, Nördlingen as well as Donauwörth. Late afternoon arrival in the Munich area. (B,D) 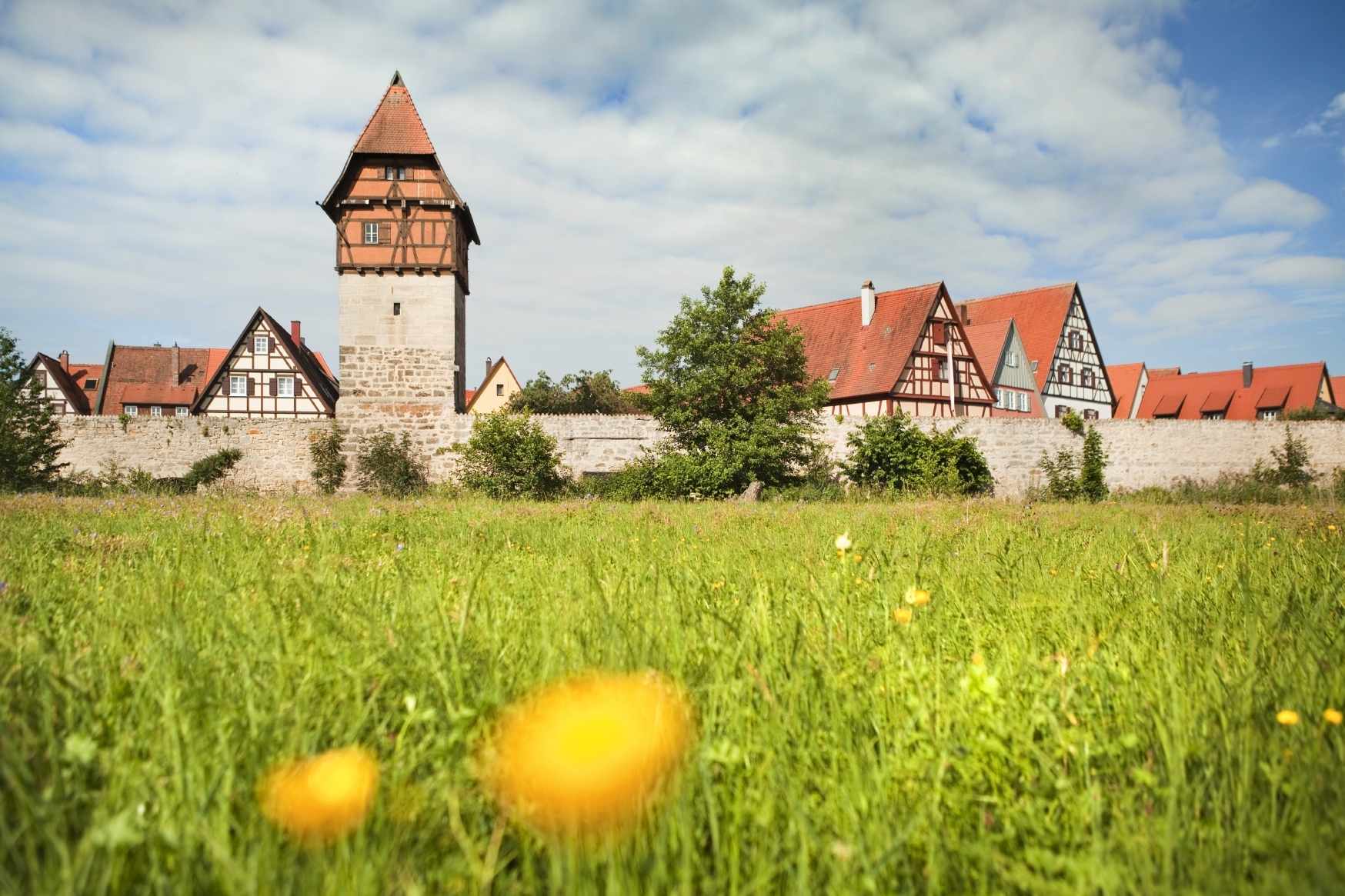 Embark on a tour of Munich, the Bavarian capital, thriving centre of culture and innovation. Explore Marienplatz, home to the New Town Hall and its Glockenspiel, the Old Town Hall, St. Peter’s Church and the world-famous Hofbräuhaus beer hall, originally built in 1589 by Bavarian Duke Maximilian I. Visit the Alte Pinakothek, one of the world’s finest collection of Old Masters. (B) 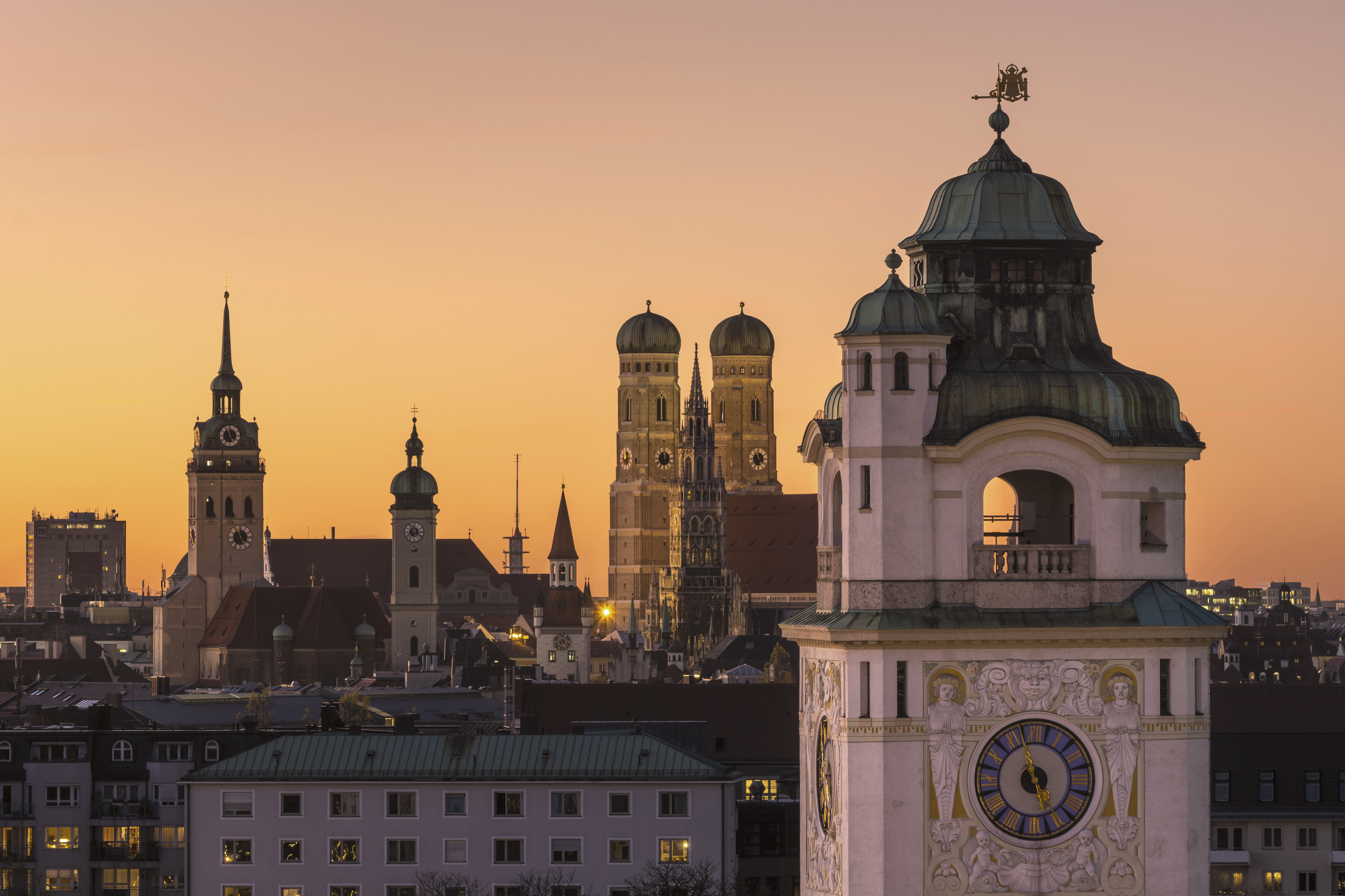 This morning, visit Nymphenburg Palace, built as a summer residence for the royal court of Munich. Its lavish garden is laid out in grand English style and accented with water features, including a large lake, a cascade and a canal.
Celebrate all things Bavarian at the world’s largest fair – Oktoberfest. A tradition since 1810, expect a whirlwind of singing, dancing, costumes, traditional brass bands and beer. (B,D) 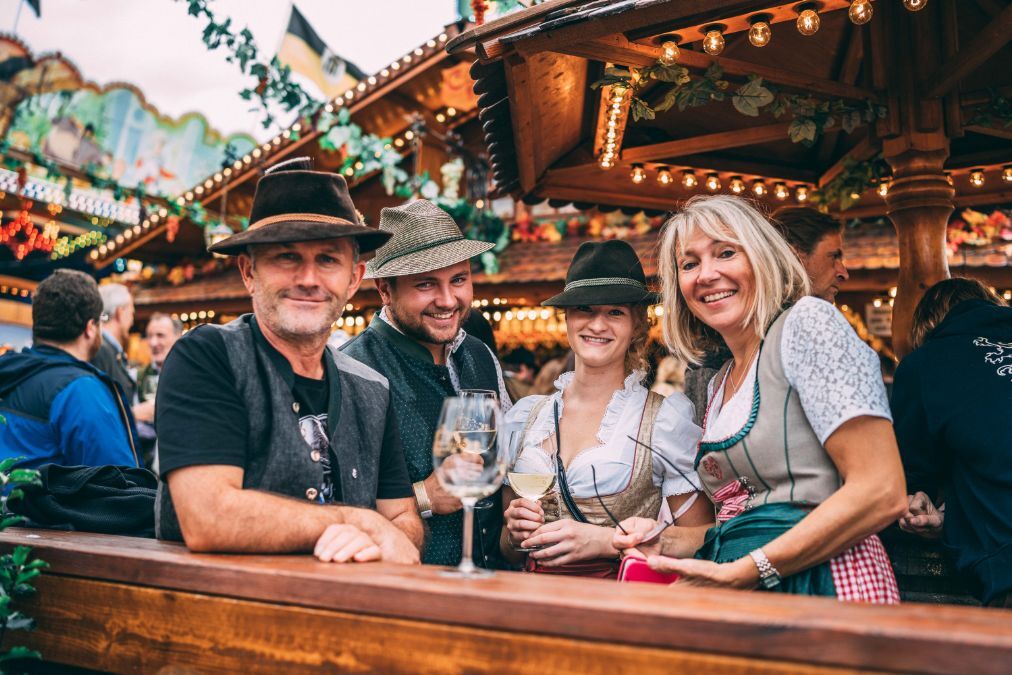 Depart for Füssen, at the foothills of the Alps, for a full day tour of eccentric King Ludwig’s fairytale castles. Visit Hohenschwangau Castle, where the king spent his childhood. Admire the view of the famous castle of Neuschwanstein, which he dedicated to the composer Richard Wagner, a close friend for many years. The castle
was later an inspiration for the Disneyland Sleeping Beauty Castle.
This afternoon visit Linderhof Palace and Park, King Ludwig’s favourite palace, originated as a hunting lodge. Late afternoon arrival in the Oberammergau area. (B,D) 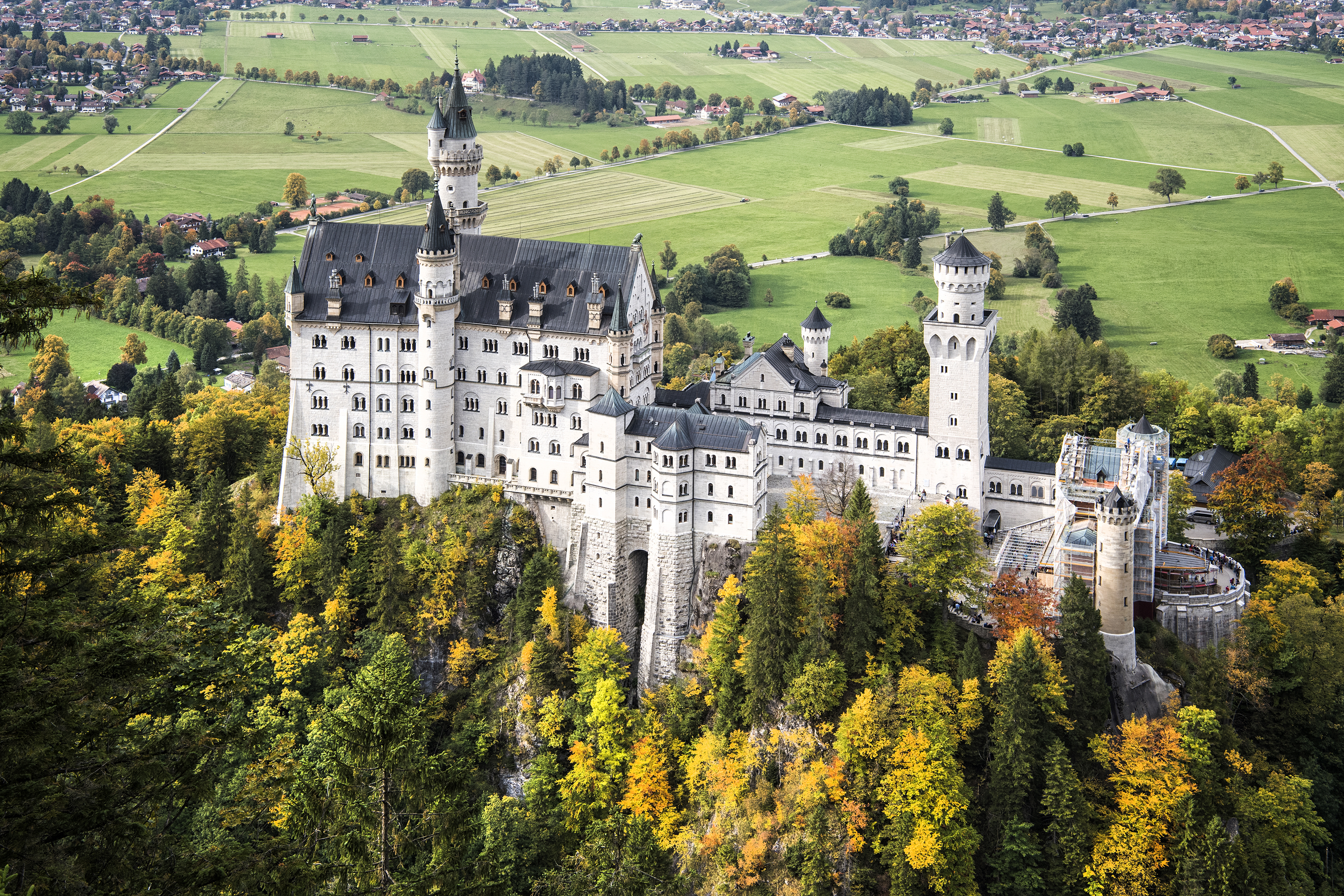 Morning at leisure in Oberammergau.
After lunch, take seats in the theatre to attend the performance of the 42nd Passion Play. The history of the Passion Play at Oberammergau goes back to the year 1634 when the quaint alpine village of Oberammergau was threatened by the deadly Black Plague that scourged Europe, killing two-thirds of the population of Germany. The people of Oberammergau vowed that if the village could be spared, a re-enactment of the life and suffering of Christ would be performed. The village was miraculously saved from the ravages of the Black Death. Since that date, the play has
been performed every ten years. Performers are local villagers; often, roles are handed down from generation to generation within families. Dinner is included during a three-hour break. (B,D) 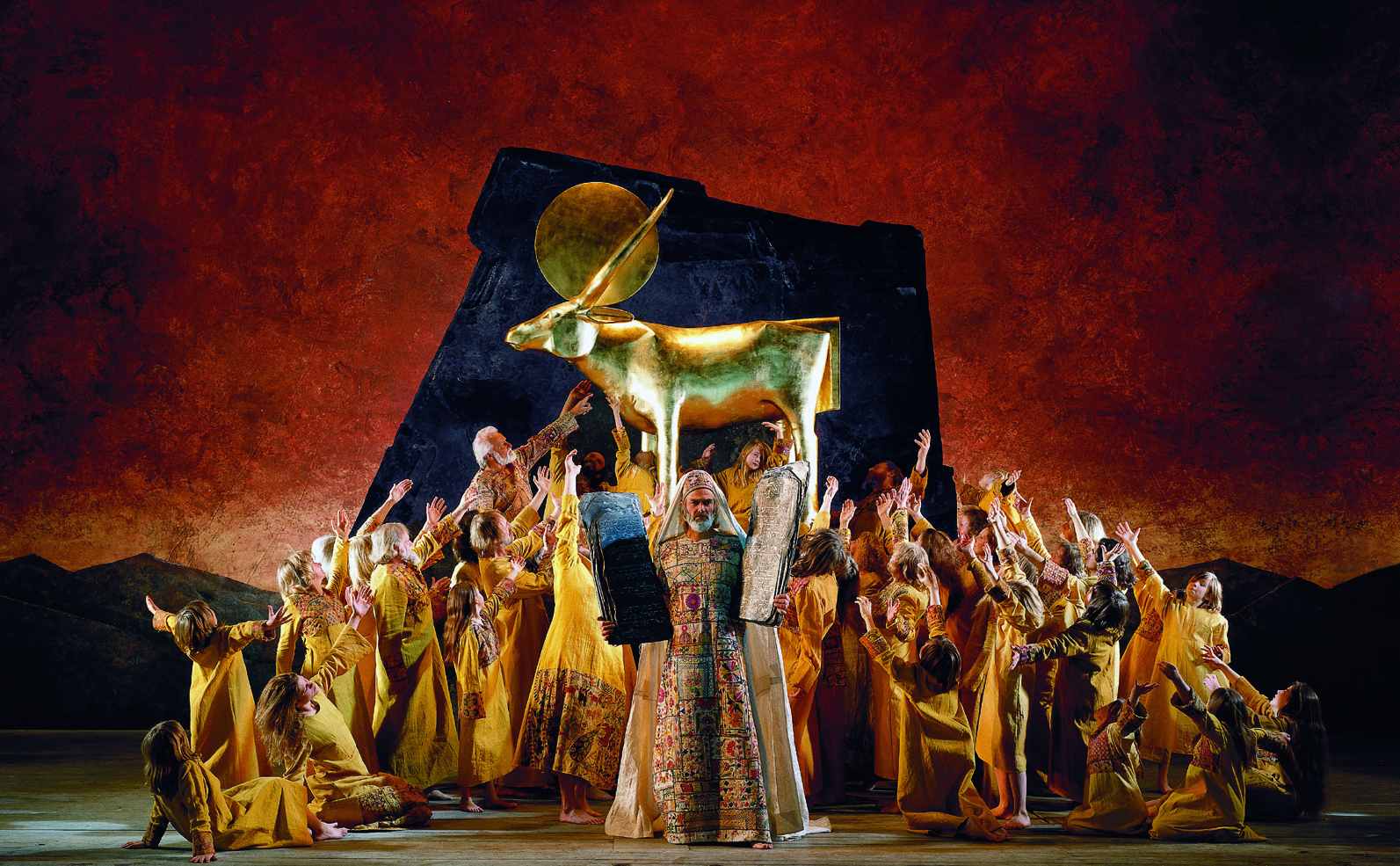 Transfer to Munich International Airport for your flight(s) home. (B)